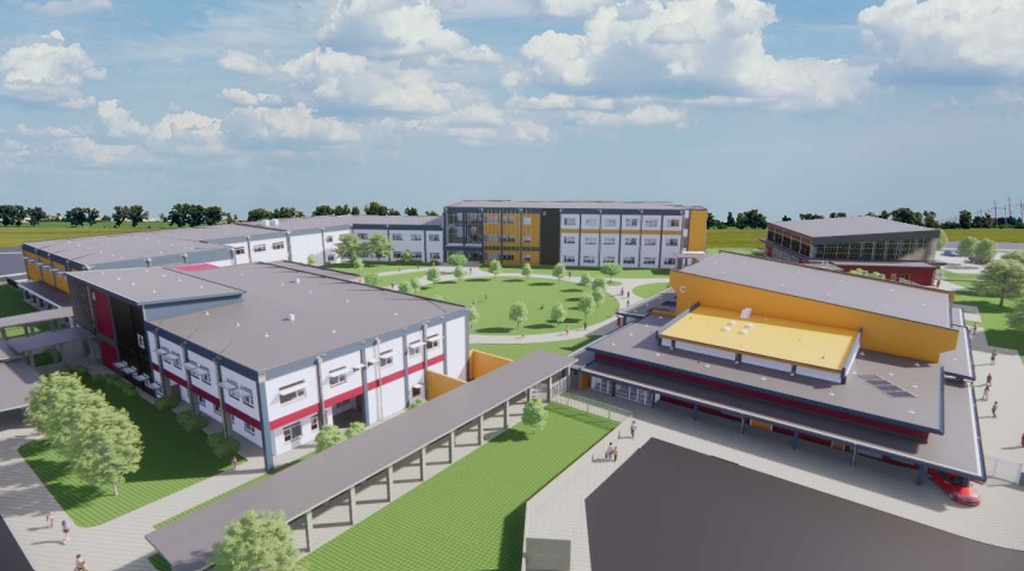 Defense officials announced a $96 million grant to replace a 60-year-old public school on the Marine Corps base in Hawaii.

The grant will replace Mokapu Elementary School, which is listed as “poor” condition on the Department of Defense’s 2019 “Priority List of Public Schools Over Military Installations.” Gaps and capacity issues placed the school at No. 33 on this priority list of public schools run on bases by local school districts.

The school will accommodate up to 975 students from kindergarten through sixth grade. There are 813 students enrolled for the current school year; nearly 200 out of the DoD-listed student capacity of 627. The overwhelming majority of students are military children.

Construction of the school is expected to begin in October; the project has a tentative completion date of December 2026, said Marine 1st Lt. Mark McDonough, a spokesman for Marine Corps Base Hawaii.

The public school is operated by the Hawaii Department of Education. The total project budget is expected to be $120 million; the remaining $24 million will come from Hawaii state bond funds, according to a Marine Corps press release.

Marine Corps Base Hawaii “enthusiastically supports the [Hawaii Department of Education’s] reconstruction and expansion of Mokapu Elementary,” Marine Corps officials said. “The education of school-aged dependents remains one of the base commander’s top priorities.”

The current Mokapu Elementary facilities will remain in operation during the new construction. Most of the school’s 12 permanent buildings were originally constructed in 1960, and there are 10 portable structures.

The new replacement school will include four new facilities, including a two-story administration building with offices, a library and two specialist classrooms; a multi-storey building with 55 classrooms and support space; a cafeteria with a stage and an indoor play area.

Keith Hayashi, acting superintendent of the Hawaii State Department of Education, said in a statement provided in the Marine Corps press release, “We are excited to see this project moving forward to provide students and Mokapu Elementary staff an array of brand new facilities. that support high quality learning environments and academic excellence.

Funding for the DoD grant is provided under the DoD Public Schools Program on Military Installations, authorized by Congress. According to a DoD press release, the Local Defense Community Cooperation Office should prioritize military installations that have schools with the most severe deficiencies in facility capability and condition.

This office reviewed the school project, along with a federal assessment team made up of representatives from the Air Force, Army, and Navy.

“The Department of Defense continues to be a valued partner in improving our public schools on military bases and we thank them so much for their support,” said Hayashi of DOE Hawaii.

Most schools on military bases in the United States, such as Mokapu Elementary, are operated by public school districts.

The 160 schools of the Department of Defense Education Activity around the world welcome approximately 66,000 students. But the vast majority of the approximately 600,000 school-age children of active duty members are educated in public schools or other institutions such as private schools, charter schools or home schooling.

Department of Defense education officials also partner with and support US public school districts with a military-related student population of 5% or more in a variety of ways.

Editor’s note: This story has been updated to indicate that the school is 60 years old, not 70 years old.

Karen has covered military families, quality of life and consumer issues for Military Times for over 30 years, and co-authored a chapter on media coverage of military families in the book “A Battle Plan for Supporting Military Families”. She previously worked for newspapers in Guam, Norfolk, Jacksonville, Florida and Athens, Ga.