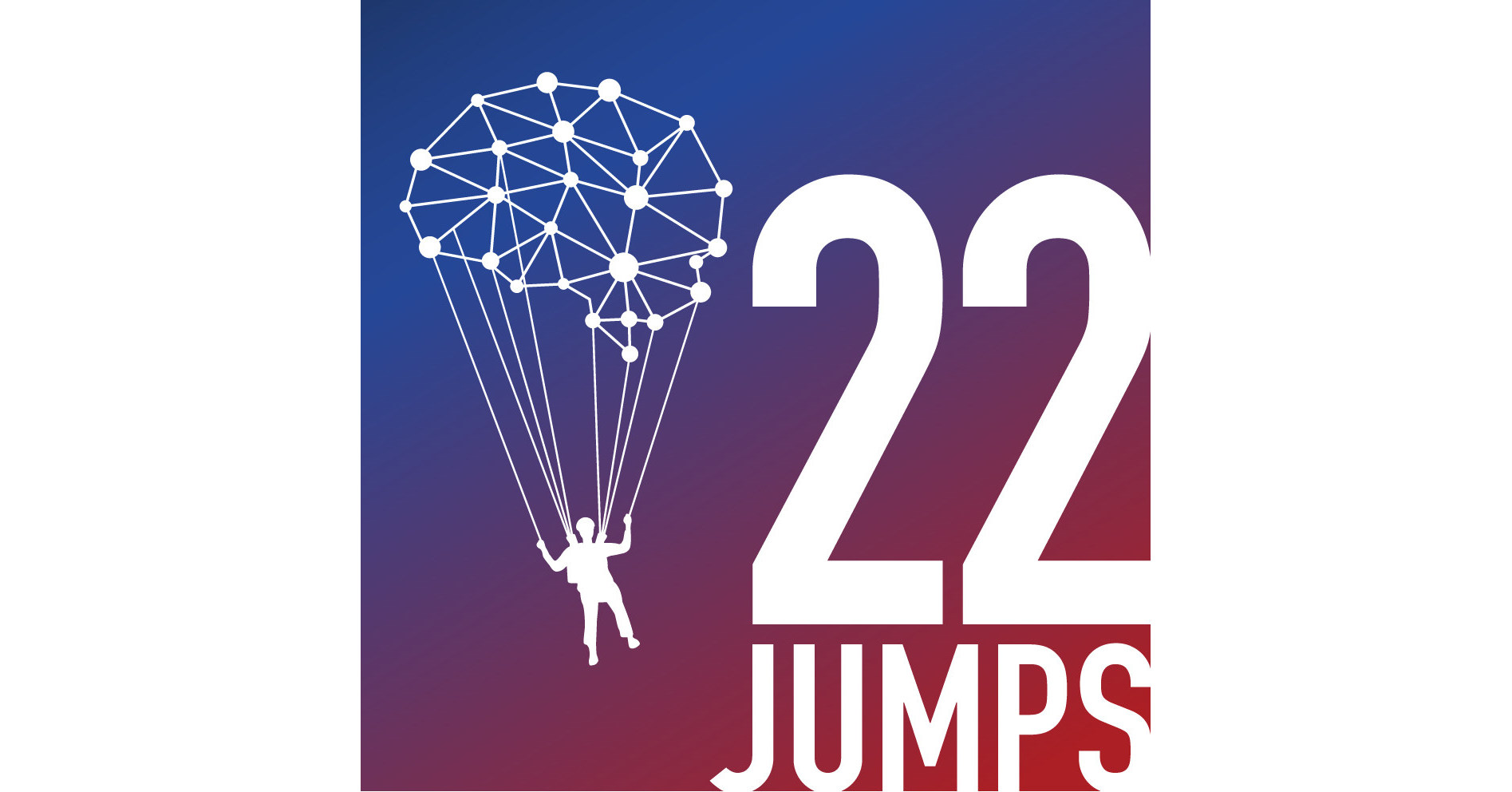 Wimmer’s brother committed suicide in 2015 after suffering a traumatic brain injury (TBI) in Iraq while serving in the United States Marine Corps. The event, 22 Jumps, began in 2020 as a tribute to his brother, but quickly garnered local and national media attention, as well as support from the brain injury, mental health and veteran communities, and countless families affected by the suicides of veterans. Since then, Wimmer’s effort, 22Jumps.org, has been granted nonprofit status and grown into a national initiative with more than $100,000 raised through several events. All funds raised go to support Cohen Veteran Bioscience (CVB), a non-profit biomedical research organization dedicated to accelerated, precision diagnostics and tailored therapies for traumatic brain injury, a major risk factor for suicide.

“Head injuries disproportionately affect servicemen and women. I personally know dozens of veterans with post-traumatic stress disorder (PTSD) and emotional management issues, many of whom have succumbed to suicide. The effects of these deployments persist long after they return home. I’m honored to raise funds for CVB, an organization that recognizes the need to develop new treatment options for the millions of veterans and civilians who suffer from traumatic brain injuries and other mental health issues in order to finally tackle the epidemic of suicide among veterans, advocates like CVB, and we need more science that embraces the complexity of this veteran-laden illness.”

dr. Magali Haas will present “How Cohen Veterans Bioscience Supports Trauma Care Model Transformation” and will be available for interviews immediately after the short presentation which will take place during 22 Jumps’ after the occasion fundraising celebration.

Dr. Haas will also be available for interviews during the pre-event gathering of donors.

If you or someone you know is having suicidal thoughts, contact the Veterans Crisis Line at 1-800-273-8255 to receive free, confidential support and crisis intervention available 24/7/ 365.

The suicide rate among veterans is at an all time high – 22 a day, according to a 2012 study by the US Department of Veterans Affairs. Yet despite this burgeoning statistic, little public funding is allocated to the problem. 22 Jumps was founded in 2020 by Tristan Wimmer, Infantryman and Scout Sniper in 2n/a Battalion 1st Marines, in response to the suicide of his brother Kiernan Wimmer. Kiernan was a reconnaissance and MARSOC sailor who toured Afghanistan and toured Iraq. In 2006, Kiernan suffered a massive TBI which diminished his quality of life and contributed to his decision to take his own life.