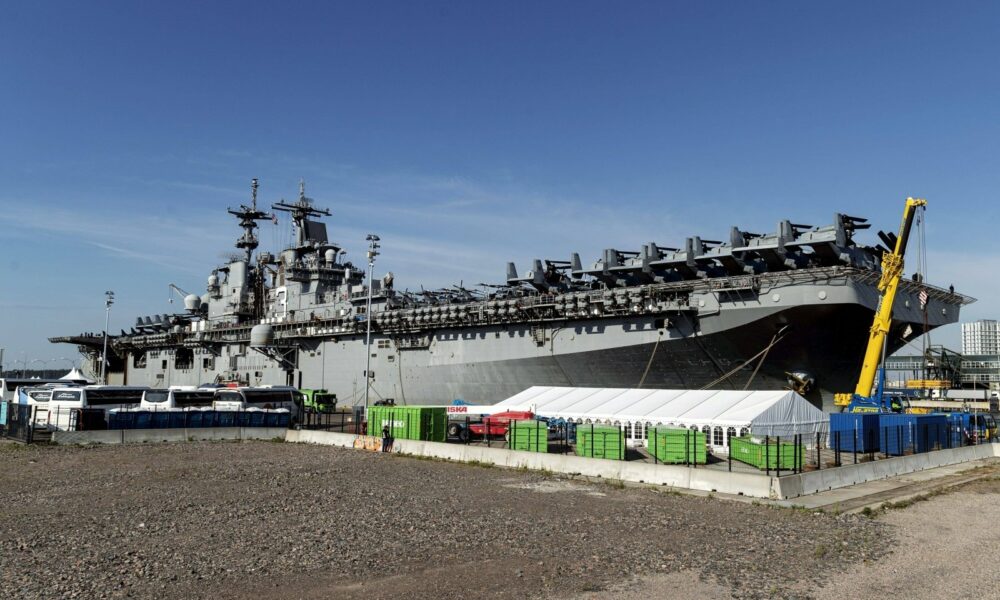 The USS Kearsarge, a large US Marine Corps amphibious assault ship, has arrived at the Lithuanian seaport of Klaipeda, the Lithuanian Ministry of Defense reported. It is the largest warship ever docked in Klaipeda. On Monday, August 22, the official ship reunion ceremony will take place.

Wasp-class warships are intended, among other things, for landing on an unmanned coast, as well as supporting landings with deck-launched vertical take-off aircraft.
Since May, the USS Kearsarge has been in the Baltic Sea, in June it took part in the NATO naval exercises Baltops 2022. On August 17, a US Navy warship was spotted in the waters of the Gulf of Finland .