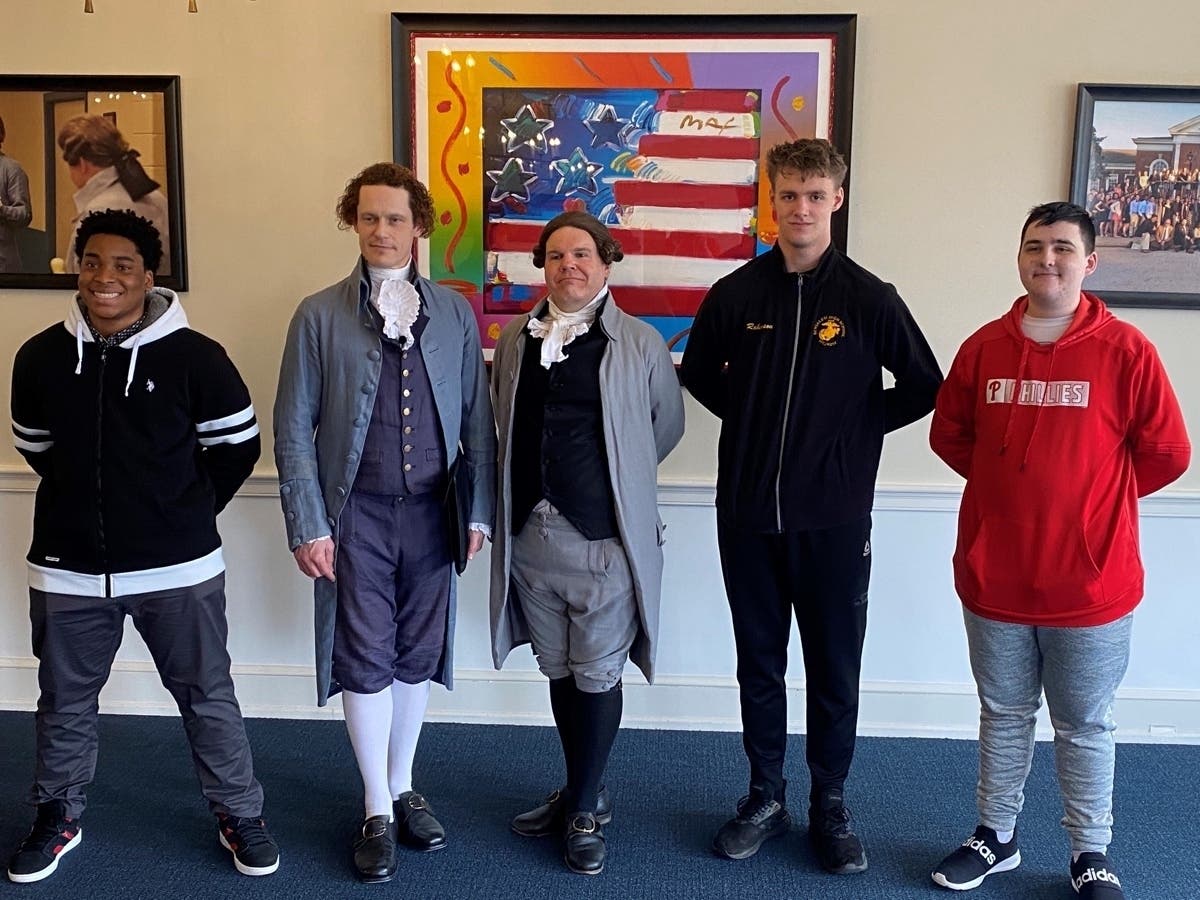 During the four-day leadership program, Cadets Liam Robinson, Jason Baffour and Nicholas Donnelly had the opportunity to interact with experts on citizenship, democracy, the justice system, the political process and the free system. business.

Inspirational lectures, historic tours of Valley Forge and experiential workshops are just a few aspects of the cadet journey. All activities have been designed to develop leadership skills and deepen an understanding of the rights and responsibilities of engaged citizenship.

“My time at the Freedom Foundation was very interesting because they were able to
show me how each branch of our government really has its own way of doing things,” Cadet Donnelly said.

“I really liked the food because it was great burgers and fries and soda. I learned and was really surprised that Thomas Jefferson and John Adams were enemies,” the Baffour cadet said.

Cadet Robinson said, “I really enjoyed the guest speaker, Mr. Chris Rothey, who talked about entrepreneurship. He piqued my interest because he told how he overcame many obstacles to become CEO of a multi-million dollar company.

Valley Forge’s Freedoms Foundation is a nonpartisan, nonprofit organization that educates students about American rights and responsibilities, honors acts of civic virtue, and challenges everyone to serve their community and country.

“We inspire Americans to serve a cause greater than themselves, inspired by the wisdom and goodwill of founders who may disagree while coming together for a common cause,” the foundation said on its website. Internet. “Here, thousands of students and teachers study not only what is expected of government, but also what is required of good citizens.”

Since beginning its educational mission in 1949, Freedoms Foundation has impacted more than 20 million students.