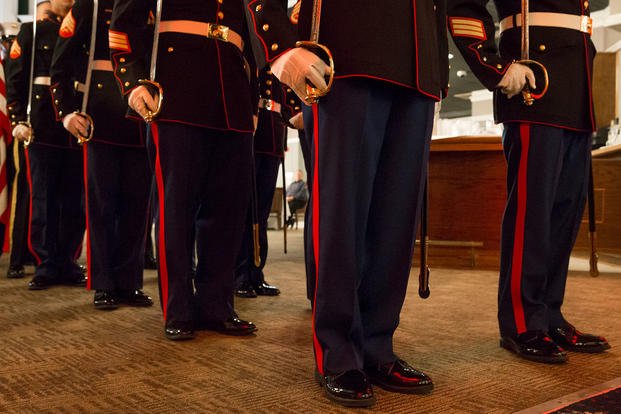 Gary Anderson was the Director of Marine Corps Wargaming and Chief of Staff of the Marine Corps Warfighting Lab. He lectures on war games and alternative analysis (Red Teaming) at the Elliott School of International Affairs at George Washington University.

The opinions expressed in this editorial are those of the author and do not necessarily reflect the views of Military.com. If you would like to submit your own comment, please send your article to opinions@military.com for review.

In a recent speech to the Marine Corps Association, the current Commanding Officer, Gen. David Berger, commended his Marines for having an open and honest debate regarding his Force Design (FD) 2030 initiative, which eliminated all tanks from service, much of its artillery tubes, numerous helicopters, and heavy engineering capability, and greatly reduced the strength of the Marine Corps infantry.

My question is: what debate? Incoming students at Marine Corps Vocational Schools are told in no uncertain terms that the restructured service is a done deal and not to be discussed. The only articles in service-specific publications that seriously questioned the premise or execution of FD 2030 were written by retired Marines or independent analysts. The new doctrine was developed behind closed doors by the commander and a select circle of trusted advisers. No contributions from the rest of the active duty or retired members of the Corps were solicited.

Historically, this approach has not ended well for the militaries who have employed it. In 1936, the French General Staff issued a gag order regarding criticism of the permanent French doctrine known as the “methodical battle” either in public or in professional journals. Officers such as Charles de Gaulle saw their careers threatened when they continued to push for independent mass armored units instead of using tanks only to support slow-moving infantry. War games, such as they were, were rehearsals for the application of the doctrine of methodical combat. There were no competent “red teams”; the opposing force, if any, acted as tackle dummies.

The only serious criticism of French doctrine came from the Germans during a 1940 live-fire exercise that overran France in just over a month.

German preparation for war was quite different. Not only was there a heated internal debate about the massive use of tanks, but also about the close coordination of aircraft with ground forces. War games and field exercises were refereed affairs with competent “red teams” opposing emerging ideas of strategy, trying to break through them.

Conversely, we don’t know much about how the war games leading up to FD 2030 were conducted because they were classified. Berger says the games validated the 2030 concept, and he asks us to take his word for it. The Marine Corps has announced that unclassified summaries will be released later this year. One thing I emphasize to my students at George Washington University in their lectures on war games is that when someone tells you that games have validated something, “pick up your wallet.”

Good war games only identify problems, they don’t prove anything. When manipulated by the sponsor or hindered by the red team, the results can be disastrous if the concept under consideration is let loose in the wild. A good example of this is the series of war games led by Japanese Admiral Isoroku Yamamoto in the months and weeks leading up to the Battle of Midway in World War II. Yamamoto instructed his referees to rule out several American tactics that seemed to disrupt the Japanese plan for Operation Midway. One such tactic was the one that won the battle for the US Navy’s dive bombers.

I’m not claiming that the FD 2030 games were rigged, because I don’t know. The whole process is opaque due to classification. What is true is that Berger made significant changes to the force structure and size of the Marine Corps without consultation with Congress and apparently without any input from US combat commanders in Europe, Africa and the United States. Middle East who may have based their war plans on capabilities the Marine Corps no longer has.

To date, Congress has abdicated its military oversight responsibility for force redesign. Members of Congress who served in the Marine Corps supported the initiative because Marines instinctively support the Corps. Congress often kept the Marine Corps afloat while others tried to scuttle it. “Once a Marine, always a Marine” was told to us from our earliest days at boot camp and officer cadet school. However, it is not clear to me that even Navy veterans in Congress understand all the implications and potential dangers inherent in FD 2030.

The House and Senate Armed Services Committees are expected to hold hearings on the true value of FD 2030 to both the nation and the Marine Corps. Witnesses at these hearings should be eclectic and include stakeholders within the Marine Corps and the joint community for which it has Title 10 responsibilities to support. Members must have the appropriate permissions to view classified reports of games and studies.

The first group of witnesses should include those associated with the 2030 war games. Key questions should include the following: First, who made up the red (Chinese) team? Did they include experts on existing Chinese doctrine? Who was on the game analytics team that wrote the reports? Were the team members who drafted the FD 2030 concept involved in the analysis? If so, this would represent a conflict of interest that could have skewed the results, especially if these individuals were superior to other members of the analysis team.

A second group of stakeholders should include combatant commanders from the various Marine Corps-supported regions. How does the change in the Marine Corps’ force structure impact their war plans? This should include the Indo-Pacific theater commander since the FD 2030 is specifically designed to support him. Does he believe that FD 2030 will contribute significantly to deterring China or contributing to victory if a conflict breaks out?

Finally, there are our Indo-Pacific allies and potential wartime partners. These would include Japan, Taiwan, India, Singapore and Australia. We must ask them the same questions as our Indo-Pacific commander. If our military leaders and allies believe that FD 2030 has value that outweighs the compromises Berger made, so be it. Now, however, we just don’t know.

© Copyright 2022 Military.com. All rights reserved. This material may not be published, broadcast, rewritten or redistributed.