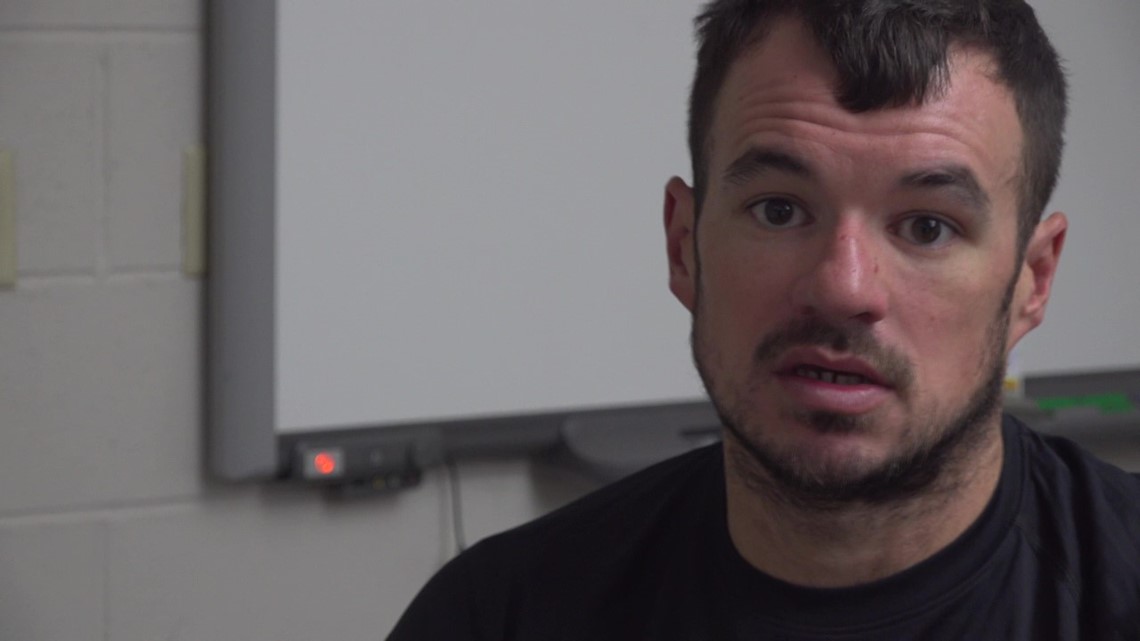 A few months after deployment, Zach Stinson and his team were conducting an after-action damage assessment when he stepped on an improvised explosive device.

CHAMBERSBURG, Pa. — Zach Stinson of Chambersburg first joined the military because he enjoyed working out and being active.

“He blossomed into earning a lot more from the Marine Corps. I mean, by the time I was 23, I had been through most of the things that some people would never experience,” Stinson said.

He was deployed for the first time in Afghanistan in 2010, it will also be his last.

A few months after deployment, Stinson and his team were conducting an after-action damage assessment when he stepped on an improvised explosive device.

“I kicked back with my left leg and boom, like a pogo-stick. My ears are ringing, I mean there’s dust everywhere and I promise you, I’m flying through the air, in slow motion. I knew exactly what happened,” Stinson said.

After he hit the ground, his team immediately came to his rescue.

“The first thing that happened was I told one of my guys to tell my wife I loved her,” Stinson said.

His wife was pregnant with their first child.

“The first phone call to Afghanistan told us we were pregnant. So she was at that 4-month stage, and I was like, ‘Okay, well… This kid is going to grow up without a dad,” Stinson said.

Fortunately, he was alive, but he didn’t know the extent of his injuries.

“I knew something was wrong because nobody wanted to give me a straight answer, and I still couldn’t move,” Stinson said.

The explosion caused Stinson to lose both of his legs above the knee, fingers, and other internal injuries. He underwent more than 30 surgeries and spent approximately two years in hospital.

During this time, Stinson and his family have been supported by many people, including the Semper Fi & America Fund, a nonprofit that provides lifelong support to combat-injured veterans and their families.

“There was a time when I was just like…the world is going to keep turning. It doesn’t matter if you have a positive or negative attitude, but it’s going to keep moving and you can move with it or you can stay here being miserable,” Stinson said.

A few years later, he decided to take up para-triathlon. Since then, he has found his new passion.

“I was pretty good at it and we’ve been fully dedicated to this type of triathlon, the sprint distance, probably for about two years,” Stinson said.

He has participated in approximately nine national and international competitions.

“This year we raced in Florida, Spain, we just got back from Portugal,” he said.

In a few weeks he will go to the final of the 2022 Triathlon World Championship in Abu Dhabi.

He trained daily at the Chambersburg Memorial YMCA.

“I had a meeting with my coach yesterday about what we need to do moving forward, to be as prepared as possible,” Stinson said.

His ultimate goal is to compete in the 2024 Paralympic Games, but until then he remains grateful for the opportunities he has had as well as getting a second chance at life.

“Doors have just been opened and I don’t think they should have been. [It’s] just a miracle that I even am where I am. In my mind, I should have died 12 years ago, so I tried to be obedient where I needed to be,” Stinson said.