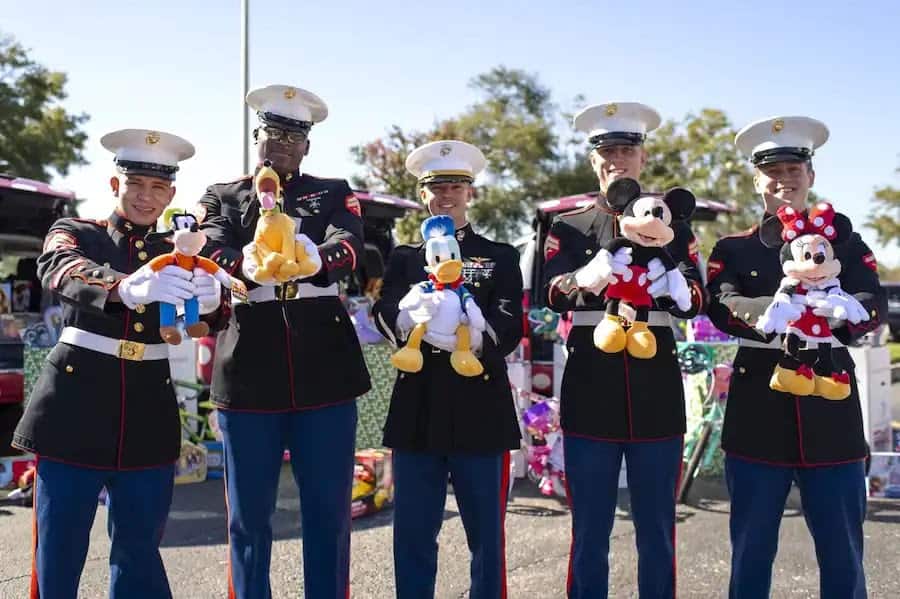 It’s that time of year again. Toys for Tots has launched its annual campaign to provide Christmas gifts to children in need. That’s right, Santa Claus isn’t the only one delivering presents to children in need – the US Marine Corps also delivers toys, as it has done every year since 1946! Disney and Toy for Tots have a partnership that has lasted almost as long as the organization has existed!

In 1947, just a year after the foundation began, they approached the Walt Disney Company for help, and they did. Did you know that Disney artists designed the Toys for Tots logo? Not just any Disney artist either; Walt Disney himself helped design the adorable little train logo we see every Christmas! Since then, the company has maintained a close partnership with the organization. Together, they’ve donated over 630 million toys to over 280 million children. It’s a plot of Christmas joy! 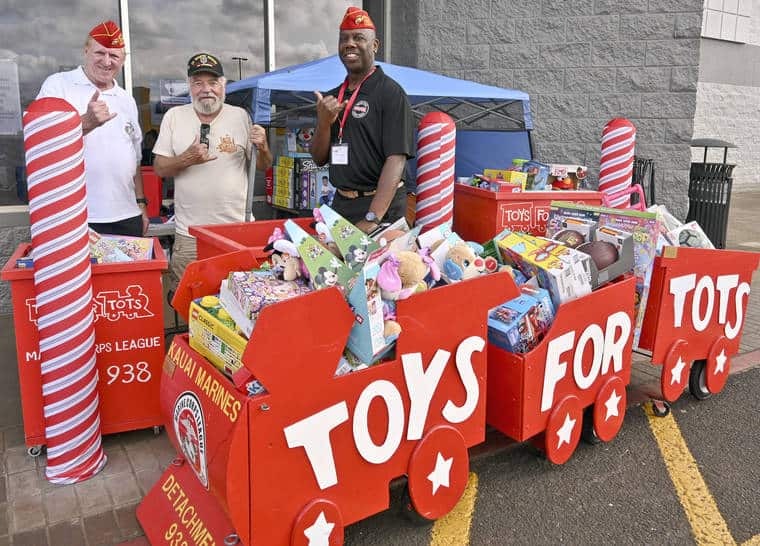 “Disney is incredibly proud to celebrate this milestone anniversary and to continue our longstanding relationship with Toys for Tots to help make the holiday season brighter for children in need,” said Jennifer Cohen, executive vice president, Corporate Social Responsibility at The Walt Disney Company.

Lt. Gen. Jim Laster, USMC (Retired), President and CEO of the Marine Toys for Tots Foundation, said, “Disney’s multifaceted support over decades has allowed Toys for Tots to expand its reach, bringing hope and joy to millions of less fortunate children. Disney’s community service goals certainly align with those the Marine Corps has promoted for more than 75 years through the Toys for Tots program. We couldn’t be more proud to have a friend like Disney. With purse strings tightening everywhere due to rising inflation, many parents this year will have to depend on charities like this to give their children a Merry Christmas. If you’d like to help out, Disney Ultimate Toy Drive by purchasing a toy to donate online at shopDisney.com through December 24. You can also donate a new, unwrapped toy in person at a Disney Store or Disney Store, the Downtown Disney District at Disneyland Resort, or Disney Springs at Walt Disney World Resort, now through December 12.