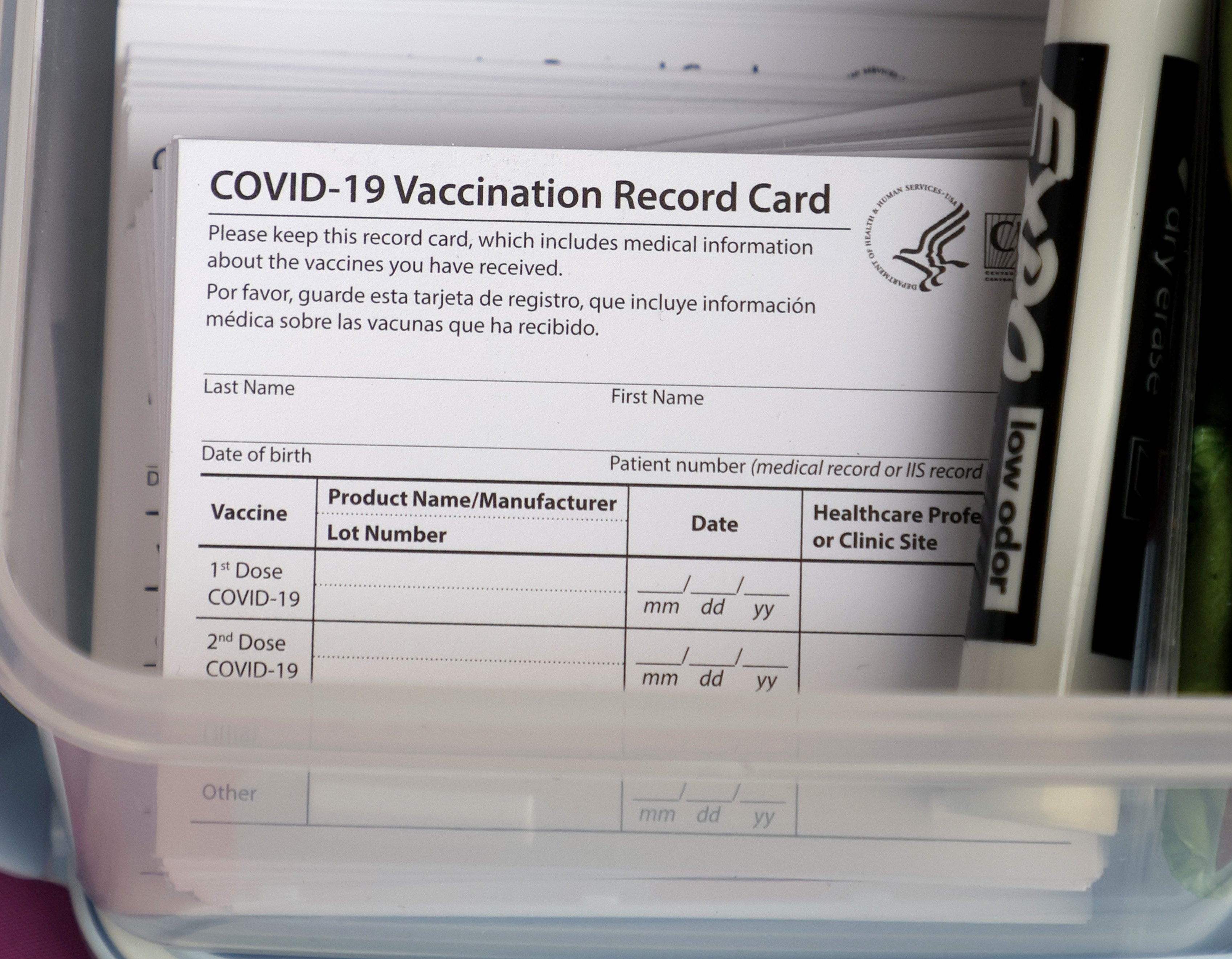 Jia Liu, a 26-year-old Marine Corps reservist, was arrested along with another New York man, Steven Rodriguez, 27, and they were charged with creating and distributing fake COVID vaccine cards, it has been reported. Thursday the Ministry of Justice. .

Liu was also charged with conspiracy to defraud the Department of Defense because he distributed the cards to other reservists who were allegedly seeking to evade the Army’s vaccination mandate, the statement said. Liu was also arrested in October 2021 and charged with four misdemeanors for entering the US Capitol through a broken window during the January 6 riots, the Daily Beast reported.

Rodriguez, a nurse in New York, allegedly sold blank vaccination cards to Liu, who the DOJ said then distributed the cards to others for profit or referred potential buyers to Rodriguez, according to the DOJ. The people who obtained the fraudulent cards, which totaled more than 300, were visiting Rodriguez at the clinic where he worked, at which point he allegedly destroyed a dose of the COVID vaccine rather than administering it to the individual.

The indictment alleges that Rodriguez would then fill out the card with false information and also add the information to official vaccination databases to indicate that the individual had been vaccinated. The defendants allegedly created more than 70 false entries in the databases.

The plan allegedly took place from March 2021 until this month, when the couple were arrested Thursday morning, the DOJ added.

The men also reportedly advertised their system on messaging apps and social media, referring to the fake vaccine cards as “gift cards, Cardi B, Christmas cards and Pokémon cards,” the Justice Department said.

“As alleged, by deliberately distributing fraudulent COVID-19 vaccination cards to unvaccinated individuals, the defendants put the military and other communities at risk of contracting a virus that has already killed nearly a million people in this country,” U.S. Attorney Breon Peace said in a statement. “This office remains committed to rooting out and prosecuting individuals who threaten our public health and safety for profit.”

During the January 6, 2021 riot at the United States Capitol, Liu, a Corps reservist since 2014, was reportedly seen twice on security cameras entering the Capitol through a shattered window, in addition to being recorded by the body cameras of the police officers at the scene. . He was identified to authorities in the footage by another Marine Corps officer, and his cellphone location data showed the device inside the Capitol, according to court documents.

Update 2/17/22, 5:28 PM EST: This story has been updated with additional information about the arrest of Liu and Rodriguez, and the background to Liu’s previous arrest.