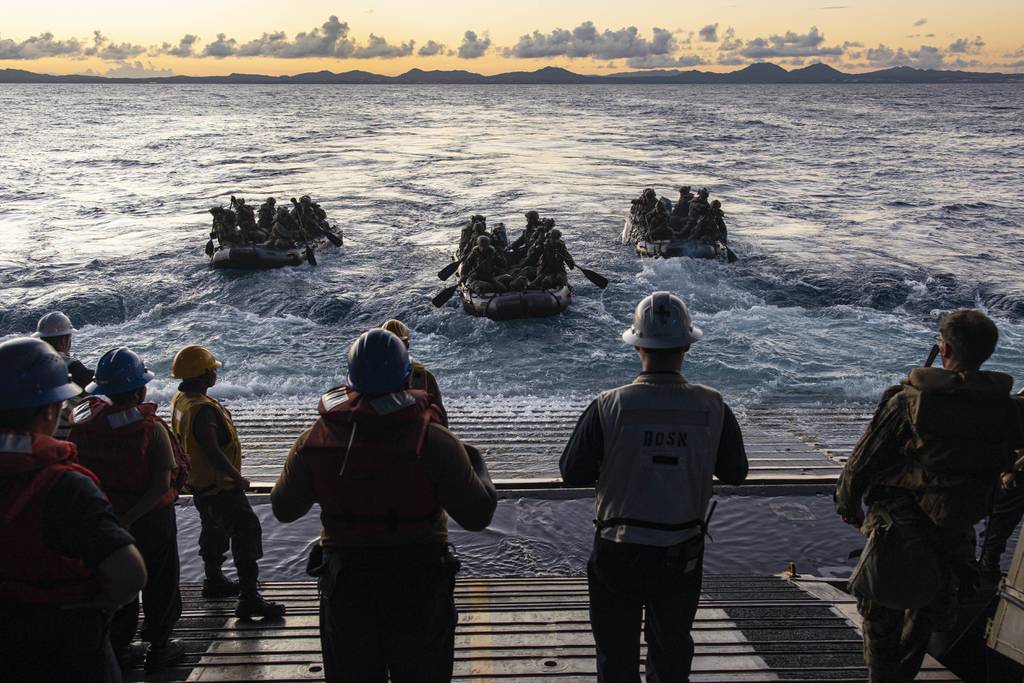 “We’ve been here before,” General David Berger wrote in his foreword to “A Concept for Reserve Forces,” in December 2021.

These five words, the first sentence of the preamble for the development of replacement forces, give the false impression that the Marine Corps would effectively solve the practical difficulties of adding the new capability.

The unspoken is the inconvenient truth that historically sound and proven processes would be thrown aside in the blind race to implement unproven experimental capability.

The Marine Corps force structure and required equipment would be dangerously reduced to pay for replacement forces.

Either way, the Marine Corps “has been here before” when it comes to seamlessly and non-injuriously fielding new capabilities, the prime example being Marine Defense Battalions.

The process used by the Marine Corps to fund, equip, and equip defense battalions and the visionary insight presented to assess their importance provide a good case study that should have been followed for the development of replacement forces.

In many ways, defense battalions and reserve forces are surprisingly similar. In other respects they are radically different, especially the approaches used in development.

Let’s take a look at how the seven defense battalions formed before World War II were funded and deployed.

The Marine Corps soon realized that an inevitable war with Japan would require specially trained and equipped forces to defend the chain of American outposts in the Pacific, especially Midway, Wake, Johnston, the Palmyra Islands and Samoa.

Guam was also considered a key location but deemed too close to Japanese possessions to be defensible.

Seeing an opportunity to increase the final strength of the Marine Corps, Commandant-Major-General Thomas Holcomb petitioned Congress for additional funds to establish new defense battalions, geared and outfitted for operations in what the Marine Corps would today call “contested” areas. .

Each battalion would increase the size of the Marine Corps by approximately 900 soldiers, a not inconsiderable number since the Corps strength was only 19,432 at the time.

At the end of 1939, the Marine Corps raised its first defense battalion. By March 1941, the Corps had formed seven battalions.

The first battalion deployed to Midway in September 1940. By the time the Japanese attacked Pearl Harbor, other defense battalions and their detachments had deployed to Guantanamo Bay, American Samoa, Iceland, Pearl Harbor and Johnston, Palmyra and Wake Islands.

Some of these battalions and detachments would soon be attacked by the Japanese.

Those at Pearl Harbor would come into action too late on December 7, 1941 to make much of a difference.

The Wake Island detachment was forced to surrender on December 23, 1941, due to its isolation and the inability of American forces to quickly reinforce the garrison.

The (reinforced) battalion on Midway would be hit hard by Japanese air attack on 2 June 1942, but would not be overwhelmed, entirely due to the unexpected presence of a large U.S. Navy carrier task force nearby .

The Johnston Island and Palmyra Island detachments would be harassed by submarine bombardments after Pearl Harbor but would never be seriously threatened.

By the end of the war, the Marine Corps had fielded 20 defense battalions, almost all deployed throughout the Pacific, but primarily in support and air defense roles.

Wake and Midway were proof enough that small, isolated units could not survive unless quickly reinforced.

These battalions played an important, but not decisive, role in America’s eventual defeat against Japan.

Holcomb was as shrewd as he was prescient. He knew it was his job to convince Congress that the nation needed this capability.

He pleaded his case, and Congress quickly approved the necessary funding. As a result, the Marine Corps was able to stand up the battalions without drawing on existing force structure or equipment.

Holcomb also knew that battalions were important but not paramount to winning the expected war with Japan.

The similarities between replacement forces and defense battalions are easy to spot.

Defense battalions have relied on advanced technologies to accomplish their missions, as have reserve forces. Nascent radars, sonic ranging equipment and reliable communications allowed battalions to identify and engage the enemy as far away as possible, thus extending the eyes and ears of the fleet.

And like the replacement forces, the defense battalions had to fit into a multi-faceted command structure.

Perhaps the greatest similarity is also the elephant in the room: isolation and vulnerability to detection and defeat.

The defense battalions could not persist in the “disputed” areas, which were highly threatened, without immediate reinforcements.

But all the similarities come to an end when the process used to build the defense battalions in 1939-41 and today’s replacement forces is examined. The paths followed then and now are surprisingly different and disturbing.

The defense battalions were in addition to the existing force structure of the Marine Corps. Their staffing and equipment was entirely funded by congressional appropriations.

The MEFs are essentially the bill payers for the replacement forces. As a result, the MEF’s capabilities to support major theaters of war in Korea, Europe, the Middle East and elsewhere have been seriously degraded.

Operational concepts for defense battalions were ripe by 1938. Marines had been training to defend forward bases since 1914.

Additionally, Quantico, Va., had taught a 10-month course in the art of base defense, “emphasizing the importance of coordination between aviation, anti-aircraft, and artillery,” Melson wrote. .

Replacement forces are deployed according to an immature concept, not validated by rigorous war games and experimentation.

But the starkest difference is how replacement forces are viewed by Marine Corps leaders.

But replacement forces are being touted as crucial to “reinvigorating our role as America’s forward sentinels” — apparently a pursuit so important that the Marine Corps is willing to mortgage its future on a largely regional, one-dimensional capability.

Following the course currently charted will destroy the Corps’ ability to fight and win across the full spectrum of conflict, in “all climates and all places”.

Yes, we have been here before.

The sea defense battalions were funded, staffed and equipped in the right way and assessed correctly.

We should have learned those lessons before sacrificing essential structure and equipment on the altar of expeditionary forward base operations.

The Marine Corps must revise its approach before more damage is done. Emulating Holcomb’s foresight and perspective would be a good place to start.

Brig. General Jerry C. McAbee is a career artillery officer. He served as Chief of Staff of Marine Corps Combat Development Command in Quantico, Va., for three years. His father, also a retired sailor, was a gunner in the anti-aircraft battery on Johnston Island when the Japanese attacked Pearl Harbor on December 7, 1941.