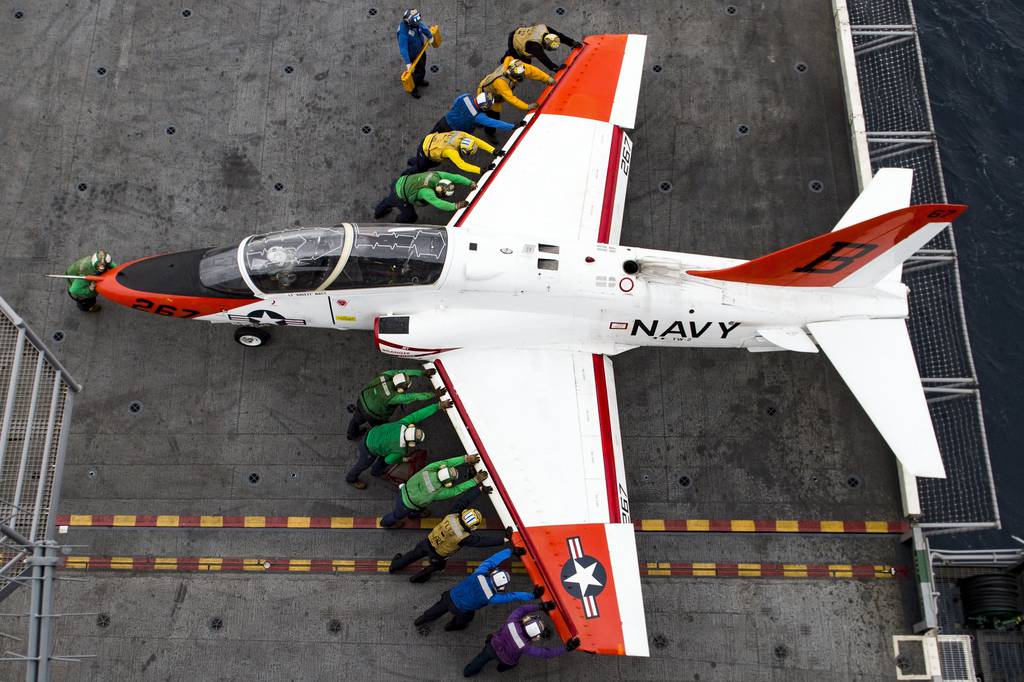 The safety shutdown that grounded the Navy’s fleet of T-45C Goshawk trainer aircraft happened after one of the trainers suffered ‘low pressure compressor vane failure’ before takeoff on Oct. 11, officials confirmed.

Officials said no previous Goshawk crashes were attributed to this type of engine blade defect, although an incident in August is still under investigation.

The Navy launched the security stand-down on October 14. Goshawks are used to train Navy and Marine Corps fighter pilots.

“The safety of our military is a top priority, and we are working with our industry partners for a quick resolution,” said Elizabeth Fahrner, spokesperson for the Navy Program Executive Office for Tactical Aircraft Programs. , in an email to the Navy Times. “Flight operations will remain on hiatus until we can safely return the T-45 fleet to airworthy condition.”

Geoff is a senior reporter for the Military Times, specializing in the navy. He has covered Iraq and Afghanistan extensively and was recently a reporter for the Chicago Tribune. He welcomes all kinds of advice at geoffz@militarytimes.com.