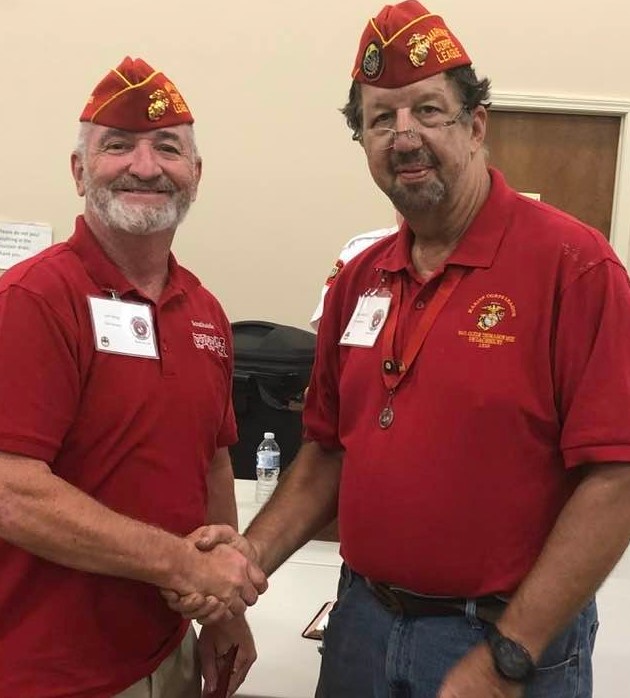 Jeff White recently received the Distinguished Service Award for his leadership in the Toys for Tots program for several years. The award is one of the highest that can be awarded at the detachment level. White is a member of Sgt Clyde Thomason’s Medal of Honor Detachment serving Coweta and Fayette counties. The local detachment, for several years, has provided Christmas toys to 5,000 to 6,000 local children through its Toys for Tots program. The award was presented by former Junior Commander John Caldwell, III.

Sgt Clyde Thomason’s Medal of Honor Detachment is one of 1,100 detachments across 50 states made up of Navy veterans, FMF chaplains and chaplains, and Marines who continue to serve the community and the Marine Corps. The Marine Corps League, created by an act of Congress, provides support for funeral honors, color guards, support for Marines transition and family support, gun and pistol matches, college scholarships and even more.

In addition to the Toys for Tots program, the detachment also supported the Wounded Warrior Regiment, People with Traumatic Brain Injury, Healing for Heroes and the East Coweta High School Marine Corps JROTC, to name a few.

Membership is open to all honorably discharged Marines and Marine Force Chaplains and Corpsmen from the Fleet. A valid DD-214 is required. The local detachment meets every second Tuesday of the month (except December) in the communion hall of Christ the King Church, 3881 Highway 34 East, Sharpsburg. A website if available at http://MCL1325.net/. There is also a Facebook page at Sgt. Clyde Thomason, Department of Health Marine Corps League Detachment # 1325.