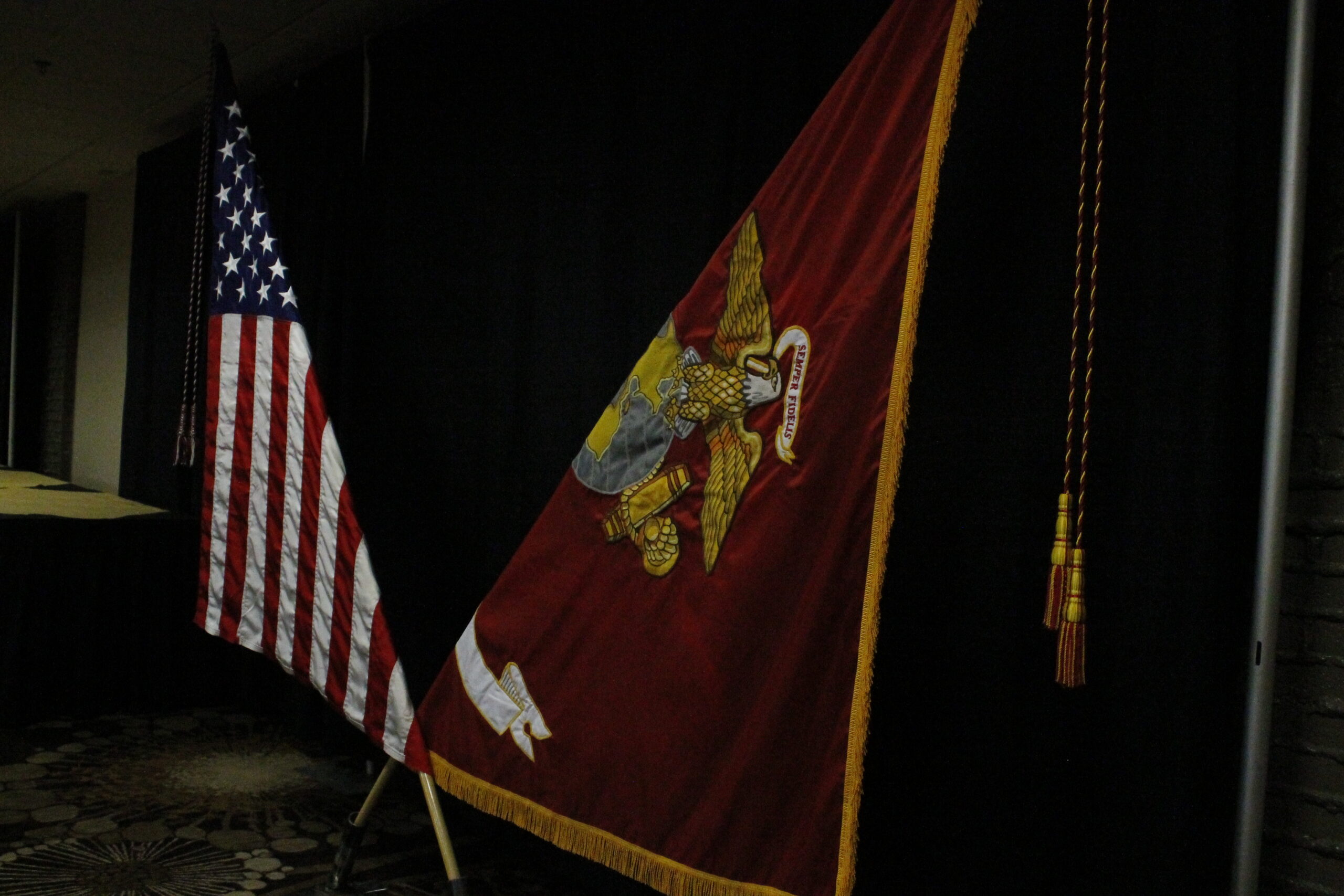 “I think it’s important to recognize dates like this because for years and years these people have sacrificed their lives for this country,” said JROTC cadet Tyanna Montgomery. “They sacrificed a lot to make sure we enjoyed our freedoms as American citizens.”

In just its fifth year, the Kelly Walsh Marine JROTC program is the youngest chapter of its kind in the nation, said Maj. Eric Patmore, JROTC program manager.

“Not only are we the youngest, but we’re the only ones in Wyoming,” he said.

The ball was hosted almost entirely by JROTC students, who showed attendees to their tables, hosted an opening ceremony, and helped serve food to those in attendance.

“It’s really a testament to their maturity that they were able to do such wonderful work,” Patmore said. “They’re doing great, and as a teacher and instructor, it’s really, really special.”

The keynote speaker was retired First Sergeant Bryan Evers. Evers praised the Marines and the virtues the Marines instill in their members.

“I look around and see young people behaving at a high level of commitment and a desire to be great,” he said. “That’s what we should all be striving to do.”

The United States Marine Corps was first founded in 1775 as the Continental Marines and was officially baptized at the meeting of the Second Continental Congress. The resolution was taken by the founding fathers to raise two battalions of marines with the brewing of the revolutionary war.

The first combat seen by the newly created Continental Marines was at the Battle of Nassau in the Bahamas, where they occupied the British port of Nassau for two weeks.

After the war, the Continental Marines were briefly disbanded before reforming a few years later as the United States Marine Corps. Since then, the Marines have played a central role in every armed conflict in which the United States has participated.