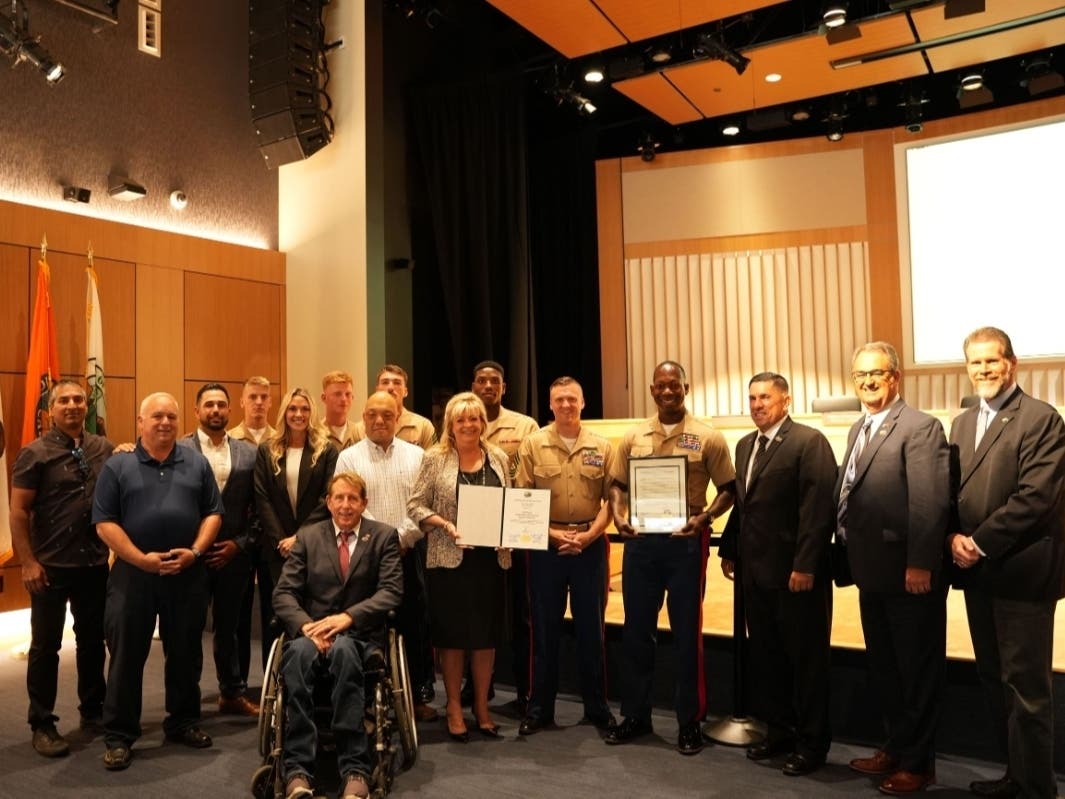 The City took the 1st Air Naval Gunfire Liaison Company (ANGLICO) under its wing during the City Council meeting on May 17, 2022.

It has been nine years since the city adopted a United States Marine Corps (USMC) unit. The 1st Law Enforcement Battalion was under city support until its disbandment in 2020.

The 1st ANGLICO consists of 163 personnel and specializes in combined arms, fire support and communications capabilities regarding military operations. The unit was activated in March 1951 and based at Camp Pendleton.

The adoption program will allow the city to support USMC unit members and their families on an ongoing basis, both while stationed at Camp Pendleton or deployed overseas. The 1st ANGLICO will participate in Lake Forest Special Events, Senior Dances and Public Ceremonies.

Many local features have adopted U.S. Marine Corps units, including the towns of Mission Viejo, Laguna Hills, and Rancho Santa Margarita. The city’s support efforts are managed primarily by a committee of community volunteers.

Support activities and interactions with 1st ANGLICO will be similar to those of the former City unit – minimizing staff time and financial costs. The Town of Lake Forest is honored to once again support a Marine Corps unit.