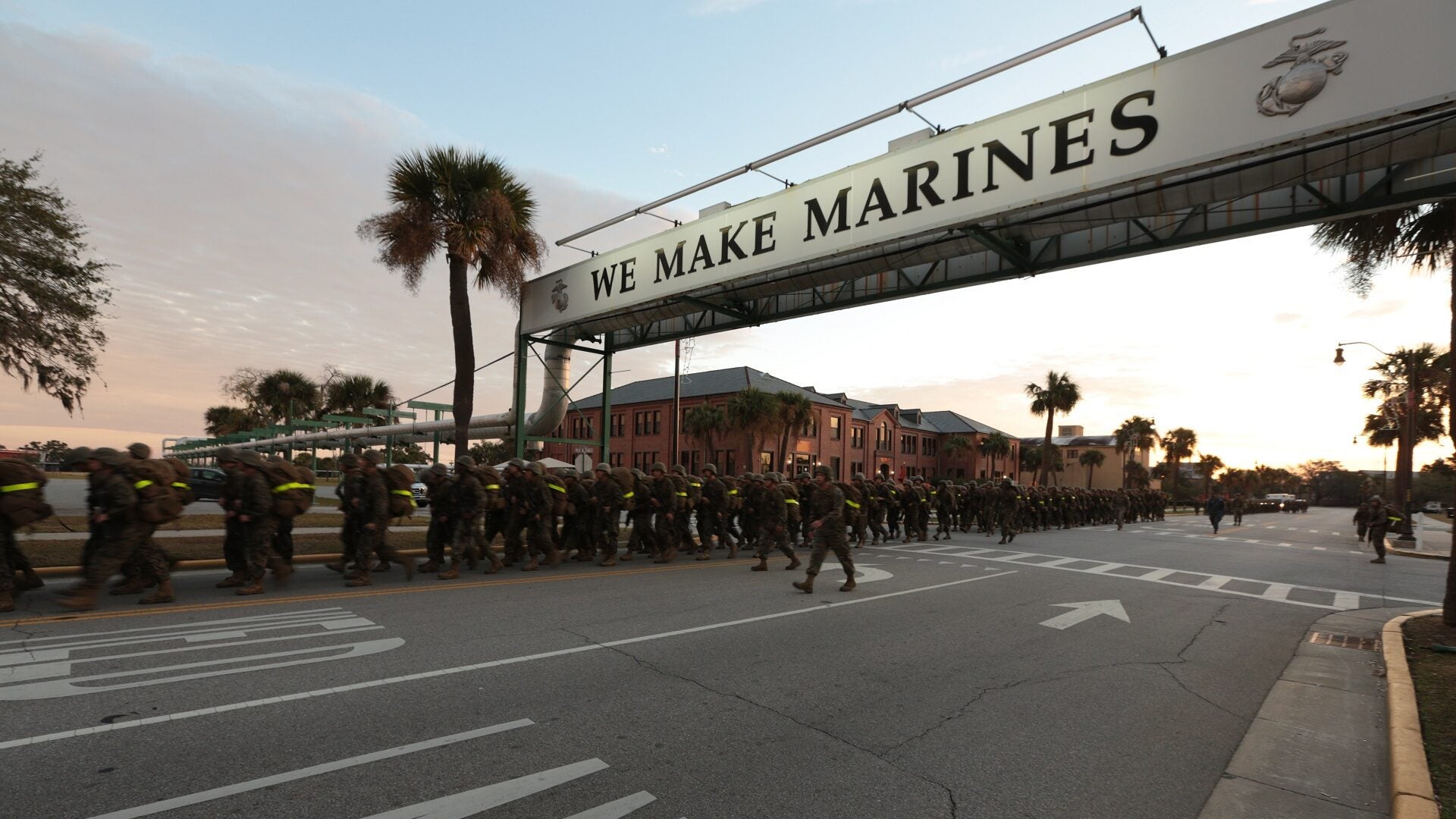 The Marine Corps is preparing for an enemy it can’t stop, but is ready to fight: rising sea levels. The Corps and Department of Defense are working to create a resiliency plan before climate change puts one of the oldest Marine Corps bases underwater in the next few decades.

This is the very real risk for the Marine Corps Recruit Depot on Parris Island in South Carolina. The base is one of the main training facilities for new recruits and is already subject to partial flooding from storms. As sea levels rise and coastlines erode, it is set to get worse, reviews say, with multiple floods predicted each year by 2050. Three-quarters of the island could be under the water daily by the end of the century, according to a new report from the Associated Press.

A draft military installation resilience review released in April outlined threats to the base and nearby communities in the Lowcountry. He also outlined potential mitigation efforts to adapt to the risk of storms and floods. He recommended taking action now to reduce shoreline erosion, protect the bridge connecting the island and base to the mainland, and update infrastructure to prevent stormwater and runoff from impacting the drinking water supply.

Significant damage from worsening storms and climate change is not hypothetical. Flooding and sea level rise have significantly damaged the Atlantic seaboard, both during and outside of hurricane season. The Parris Island base has already had to be evacuated due to hurricanes in recent years.

The base is one of the oldest installations in the Marine Corps. The Marines were first stationed there in the 1890s, but became a recruit training depot in 1915. The Marine Corps Recruit Depot on Parris Island isn’t the only one under threat – more than 1,700 bases around the world could be impacted by rising sea levels – but the extremely low-lying nature of Parris Island presents a unique vulnerability. Parris Island itself is heavily made up of salt marshes and the highest point is barely more than a dozen feet above sea level. This already makes the base at risk of flooding, and with the sea ​​level rise, this risk only increases.

Other bases suffered billions of dollars in hurricane damage. In October 2018, Hurricane Michael directly hit Tyndall Air Force Base in Florida. It severely damaged the base structure and rendered 17 of the 55 F-22 Raptor fighter jets inoperable. The Pentagon estimates the damage at $4.7 billion. The Department of Defense’s own Climate Adaptation Plan, released last September, noted that damage from these types of severe weather events cost tens of billions of dollars a year and impact the capabilities of the army.

So what if sea levels continue to rise to levels dangerous to the Marine Corps Recruit Depot?

As seems inevitable, the Pentagon is exploring different types of mitigation measures to keep the Parris Island base open. Some are smaller, like updating culverts to manage rainwater, not building over marshes and other drainage improvements, according to The Associated Press. Larger efforts could include building a sea wall around the base. Although not the current strategy, relocating the base is not out of the question.

Beyond the physical barriers recommended for the base, there are other measures that will need to be taken to address the impacts of climate change. The Associated Press quoted the Armed Forces Health Surveillance Directorate as pointing out that more than 500 people suffered from heat-related illnesses during the 2016-2020 period. This will likely continue to be a threat, as will the impacts of worsening humidity and temperatures which could potentially limit the training that could be carried out on the base.