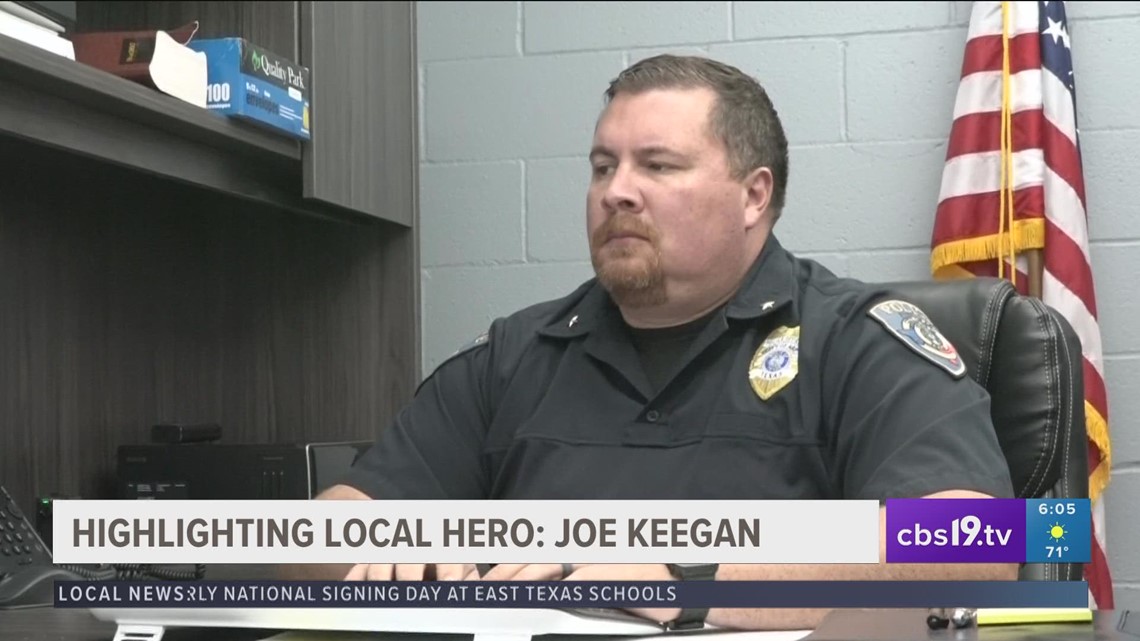 During those 12 years, he earned his commission while also serving in Iraq. In 2010, he was forced into medical retirement. The transition from active duty to civilian life was a challenge.

Despite the challenges, Keegan was able to continue his acts of service to Arp as the town’s police chief.

“I was blessed to be able to be where I am today as chief of police,” Keegan said. “Some people have catastrophic injuries while fighting that even prevent them from holding down a job.”

This year, Keegan joined the Semper Fi America Fund, a non-profit organization that provides lifelong support to service members injured in combat and their families.

“The Semper Fi America’s Fund helps them get back on track, whether it’s through help learning new trades or sets, it sets them in motion to connect with other veterans and bring them back to where they were,” Keegan said.

The organization also provided Keegan with access to services such as the Jinx McCain Horsemanship Program, an equine therapy program for service members.

Keegan hopes to one day build a community of veterans who have gone through similar experiences: in hopes that more veterans will join the organization.

To learn more about how you can donate to the non-profit Click here.