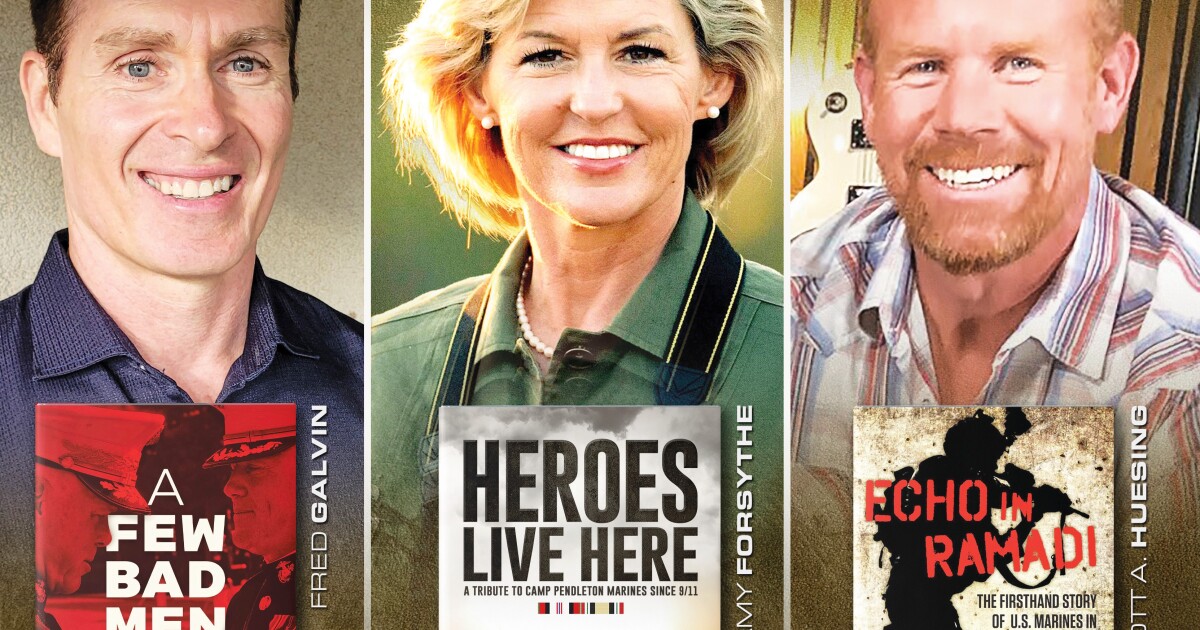 A panel discussion with several Marine Corps veterans, titled “Outside the Wire: Stories from Front Line Combat Veterans in Iraq and Afghanistan,” is scheduled for Sept. 11 at the Sunshine Brooks Theater in Oceanside.

The event is a tribute to 9/11 and the service members who fought in Iraq and Afghanistan over the past two decades.

“We are holding this event on an important day of 9/11 and invite the local community to hear from three veteran U.S. Navy authors who were stationed at Camp Pendleton,” said Marine Corps veteran Amy Forsythe, one of three authors on the panel.

Veterans are expected to share their stories from the front – how they fought, what they faced and how they came home to write about their views on the war in their books.

“The books are about our Marines and the sacrifices they made in combat operations in Iraq and Afghanistan over those 20 years,” Forsythe said.

Gavin describes his book, “A Few Bad Men: The True Story of US Marines Ambusked in Afghanistan and Betrayed in America,” as “the incredible true story of an elite team of US Marines put together to take the fall of war crimes in Afghanistan they didn’t commit – and their leader who fought for redemption of his men”.

Forsythe, says his work, “Heroes Live Here: A Tribute to Camp Pendleton Marines Since 9/11,” is “an illustrated book that features the memorials and tributes at Camp Pendleton over the past two decades and honors the sacrifices of Marines who served in Iraq and Afghanistan.

Huesing says his book, “Echo in Ramadi: The Firsthand Story of US Marines in Iraq’s Deadliest City,” “recounts the summer of 2006 when Marines from Camp Pendleton patrolled the streets of Ramadi in a visceral and gripping depiction of urban combat. modern, bound by brotherhood, honor and the horror they faced.

The roundtable will be moderated by Robert Young Pelton, author, journalist and documentary filmmaker.

Participants can buy the books presented and meet the authors after the round table. A portion of the proceeds will benefit the Temecula-based nonprofit Save the Brave, which connects veterans through various outreach programs to help them deal with post-combat stress.