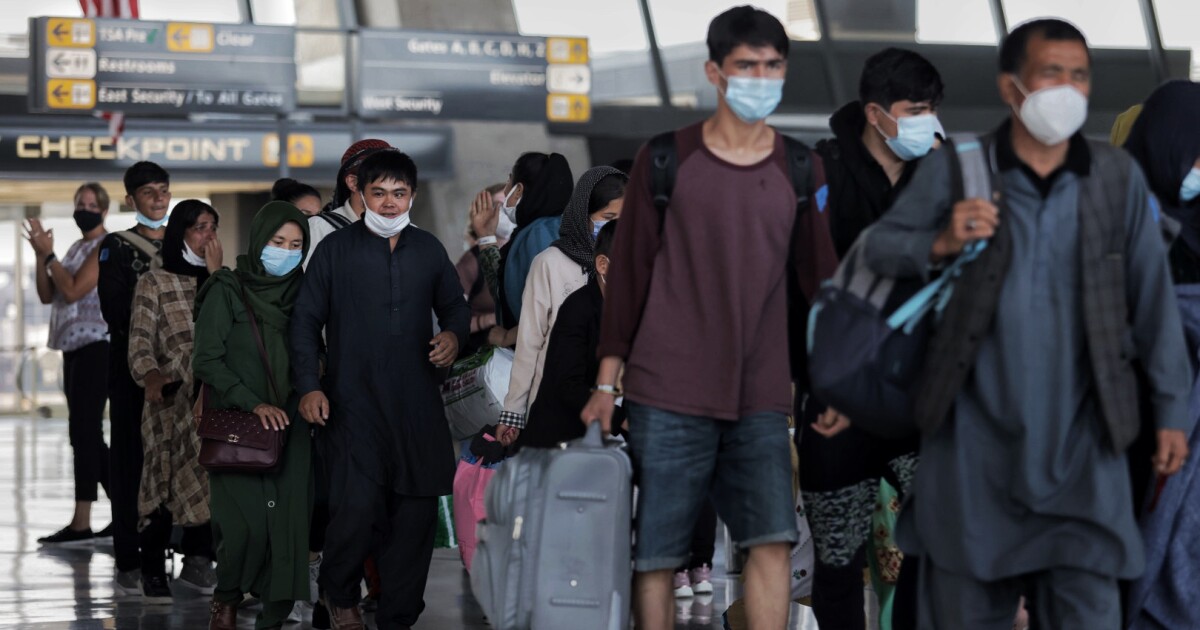 Military personnel at Marine Corps Base Quantico, Va., failed to properly track Afghan evacuees who remained on base after their arrival, according to a new report by the Department of Defense’s inspector general.

The inspector general, who released the report earlier this month following a site visit in late September, about a month into his mission to house evacuees, found that the base “n ‘had no controls in place to ensure accountability for the 3,755 Afghan evacuees under their watch’.

The military presence on base did not conduct additional liability checks on evacuees once their initial documentation was completed after arrival, although other facilities supporting Operation Allies Welcome did.

At Quantico, personnel relied on Afghan leadership on the base to inform them of a missing person as well as interagency partners.

“Without proper staff accountability, it was difficult for TF Quantico staff to determine if Afghan evacuees were missing during an emergency or other unexpected events,” the report said.

Although there was no tracking of evacuees, other security measures were in place.

The base had “multiple levels” of security, including roving patrols and civilian law enforcement officers from the Department of Homeland Security, Department of Justice and FBI to assist, if needed.

There was “a major criminal security incident and it involved an Afghan evacuee committing what appeared to be an unlawful act with a child”, and within half an hour the Afghan was arrested and handed over to the FBI for criminal processing. .

The Quantico base, as well as Fort Lee and Fort Bliss, no longer house evacuees. The number has continued to dwindle as more settle in communities across the country.

While about 18,000 refugees remain at five bases, about 57,000 have already resettled in various communities across the country, a DHS spokesperson told the Washington Examiner Last week.

CLICK HERE TO LEARN MORE ABOUT THE WASHINGTON EXAMINER

The United States and allied nations began evacuating Afghans and at-risk foreigners from Afghanistan in mid-August after the Taliban overthrew the US-backed government. More than 120,000 people were evacuated to other countries in the last two weeks of August, although thousands more were left behind.