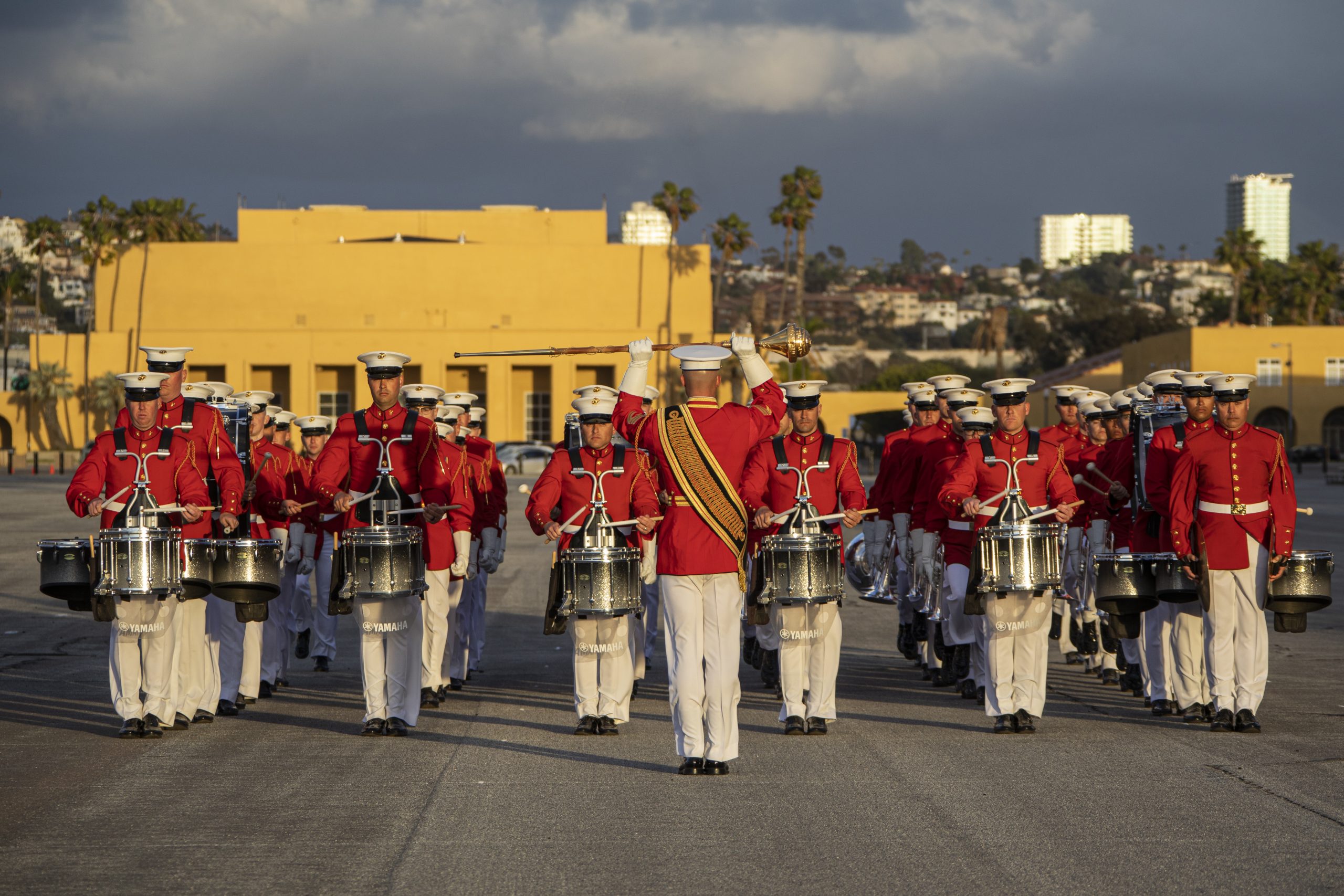 MARCH 8, 2022 – A century ago, San Diego was a small frontier town of about 75,000 people, but today the city is thriving with tourism, international trade, manufacturing and research – and at the heart of it all is the beating presence of the US military. The city is now home to the largest concentration of military personnel in the country, and one of its iconic facilities celebrated 100 years of history here.

Marine Corps Recruit Depot San Diego commemorated its anniversary, 100 years in San Diego, by hosting a centennial celebration with two performances by the Marine Corps Battle Color Detachment and a ribbon-cutting ceremony outside the Museum of the Command, where a centennial exhibit was opened aboard Depot on March 5.

“On December 1, 1921, this Marine Corps base opened its doors, and it is truly what we are here to celebrate as a fact that for the past 100 years, Marines have operated, trained and prepared for everything what the future may hold for us here at MCRD San ​​Diego,” said U.S. Marine Corps Brig. Gen. Jason L. Morris, commanding general of Marine Corps Recruit Depot San Diego and Recruiting Region San Diego. the West.

Hundreds of spectators gathered at Shepherd Field to watch the first performance of the day by the Battle Color Detachment which demonstrated the historic pride, discipline and professionalism of the Marine Corps if the best combination of music and exercise of ceremony.

The Battle Color Detachment is made up of three sections, the United States Marine Drum & Bugle Corps, known as “The Commander’s Own”, the Silent Drill Platoon, and the Marine Corps Official Color Guard. Each year, this highly trained unit of approximately 130 Marines travels around the world to demonstrate the “Esprit de Corps” of the United States Marines.

The celebration ended with a Battle Color party followed by a reception and ribbon-cutting ceremony outside the Command Museum. The museum opened a special exhibition to commemorate the centenary.

“As Marines, we don’t say it publicly enough. This spirit, this community spirit, this unwavering support is a combat multiplier. I just want to go ahead and thank community leaders, on behalf of the Marines and their families, thank you,” said U.S. Marine Corps Lt. Gen. George Smith, commanding general of I Marine Expeditionary Force.

Marine Corps Recruit Depot San Diego hosts graduations most weeks of the year, inviting the public to witness the graduation ceremony and legendary transformation first-hand, as well as tour the sites of the historical basis.

Today, as MCRD San ​​Diego continues to serve as the Corps’ West Coast recruit training center, training recruits from all areas west of the Mississippi, it is imminent that the legacy of the MCRD San ​​Diego has etched itself forever in Marine Corps history. and the city of San Diego too.