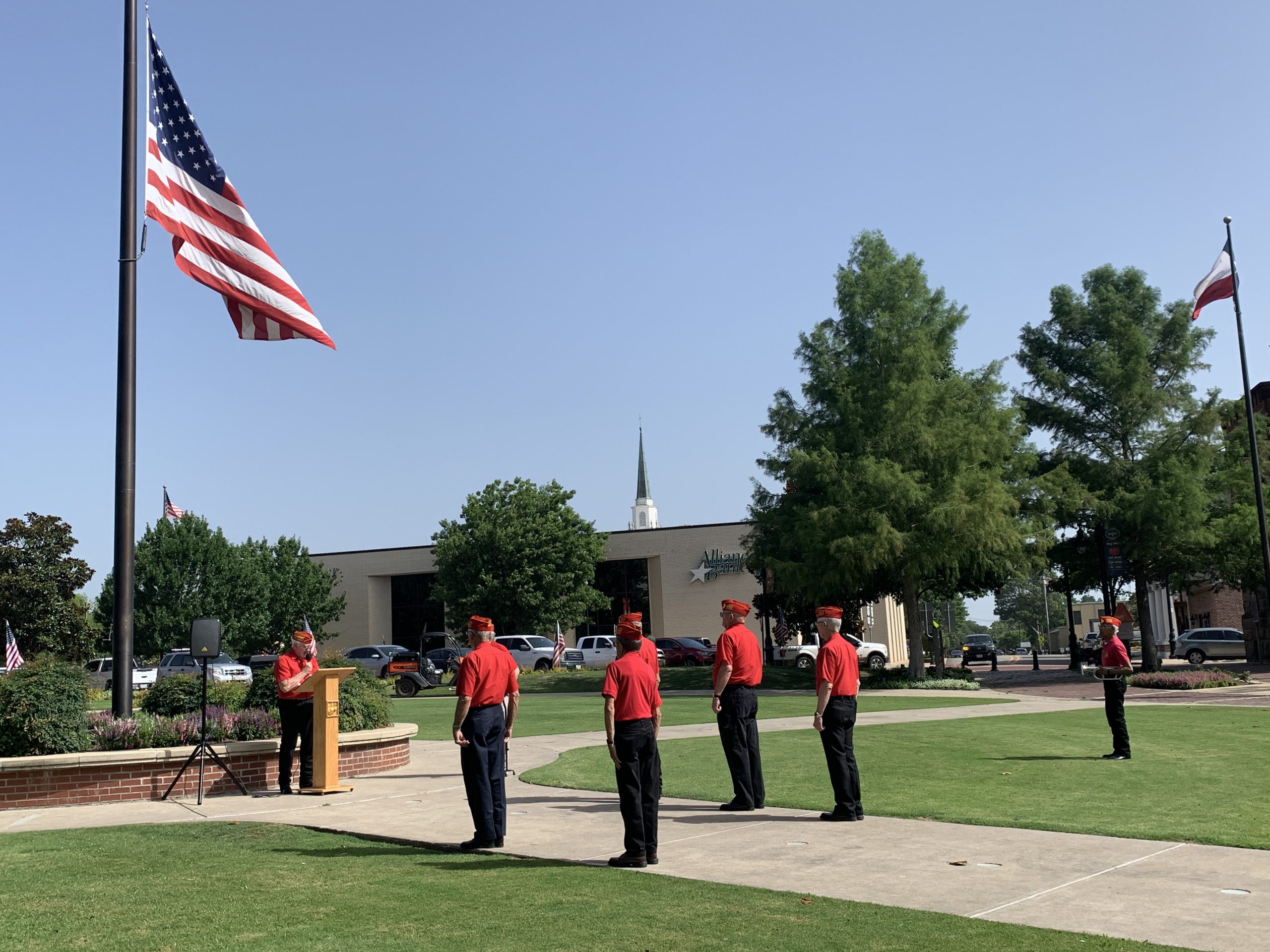 The service began with the removal of Marine Corps League headgear as a prayer was offered to begin the ceremony. A prayer of thanks was given for the men and women of the original 13 colonies who “gathered together the formation of this great nation and for those who defended the Constitution”.

The prayer was offered for grace, wisdom and protection for America and the challenges all face as individuals and as a nation now and always. Thanks were offered for the flag of the United States of America and all it stands for.

Those present at the ceremony recited the pledge of allegiance to the American flag. Bob Kerr with HCMCL read the poem “The Flag That Sets Men Free” by Kate Brownlee Sherwood, which talks about the battles he saw, the meaning behind the colors, the freedoms and the need to keep it for life. hope for a better future.

“I ask the appropriate officials to display the flag on all federal government buildings during this week, and I urge all Americans to observe Flag Day and National Flag Week by displaying the flag and honoring all of our brave servicemen and revering those who have given their last full measure of dedication in defense of our freedoms. I encourage the people of the United States to observe with pride and full ceremony these days, the day of the flag on Independence Day, set aside by Congress (89 Stat. 211), as a time to honor the American spirit, to celebrate our history and the core values ​​we strive to uphold and publicly recite the oath of allegiance to the flag of the United States of America,” Kerr read in the proclamation.

On June 14, 1777, the Continental Congress passed a resolution adopting a flag for the United States of America which specified that the composition of the new nation’s flag would include 13 alternating red and white stripes with 13 stars on a blue field to represent the 13 colonies that declared their independence. Since then, the stars have grown to represent the 50 states of the union.

To commemorate the adoption of the flag, Congress, in a joint resolution approved August 3, 1949, amended 63 Stat. 492, officially designating June 14 each year as “Flag Day” and directed the President to issue an annual proclamation calling for its observance and the display of the United States flag on all federal government buildings. Congress of June 9, 1966, amended 80 Stat. 194, directing the president to issue an annual proclamation designating the week in which June 14 occurs as “National Flag Week” and calling on all citizens of the United States to fly the flag during that week.

Therefore, June 14 is designated annually as Flag Day and the week in which it falls as National Flag Week celebrates “the journey of progress depicted in our banner and honors the inspiration he gives to Americans at home and abroad,” according to the president. Proclamation.

The flag, lowered at half-mast during the ceremony, was hoisted again by bugle by Camilo (Cam) Perez. Kerr concluded the Flag Day celebration by thanking those in attendance for participating and wishing them the very best of their day on Flag Day.