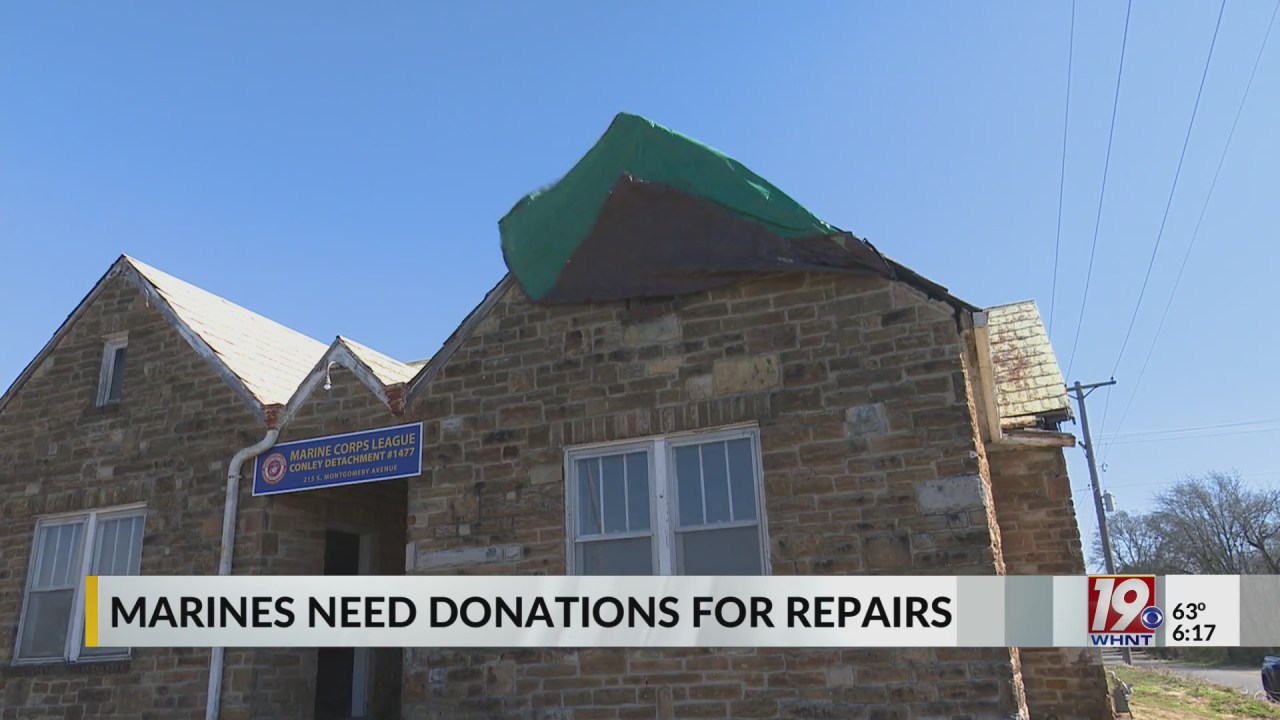 LAUDERDALE COUNTY, Ala. (WHNT) – The Marine Corps League of the Shoals have a new headquarters in Sheffield ahead of settling in although they are holding a fundraiser to raise money for some much needed repairs.

The Marine Corps League of the Shoals is an organization that supports Marines and their families. They are also hosts to the Toys for Tots charity, originally founded by Marine Corps Reserves.

The league has been around for two years and finally has a home. However, the historic building they purchased is in desperate need of repairs and they are appealing to the community for help.

League member Tommy Oswalt told News 19 they were trying to raise money for the roof, windows, air conditioning and updating the electrical and plumbing to be up to code.

The building is almost a century old, before they got there it was completely covered in ivy and had to be totally cleaned. Since then, they’ve battled everything from a termite infestation to water damage.

The total cost of repairs is estimated at approximately $40,000. They said they know the league won’t be able to collect all of this in one day, but hope that with the help of the community they can get a good head start.

The Marine Corps League of the Shoals will be outside the historic American Legion building at 215 S. Montgomery Avenue, Sheffield.