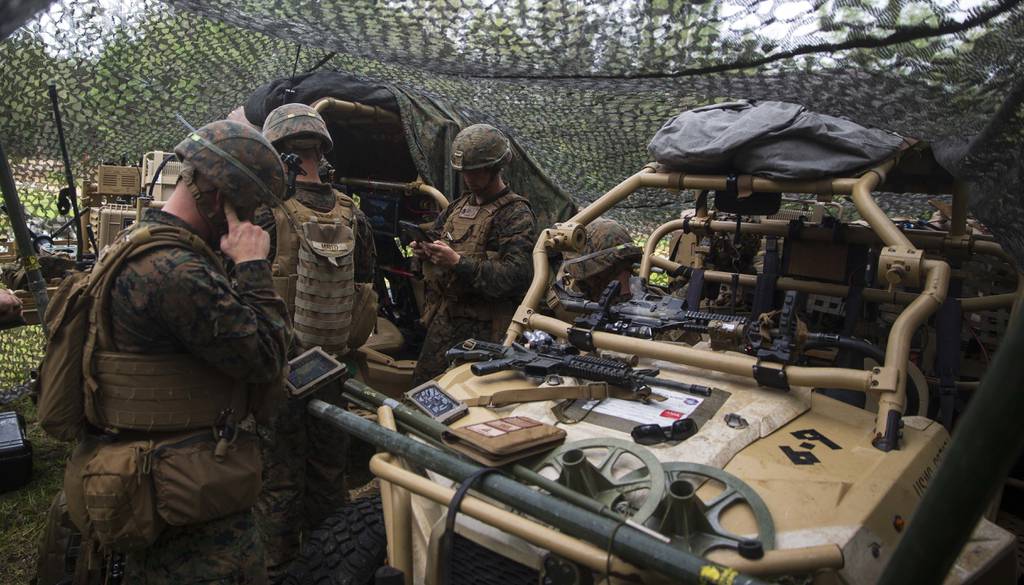 The Marine Corps light armor reconnaissance community is at a crossroads as the vehicle-led force faces new challenges in more austere, logistically-strapped terrain.

While the Commandant of the Marine Corps, Gen. David Berger, has emphasized the importance of reconnaissance and counter-reconnaissance capabilities for almost any force, one of the key pieces of this puzzle remains in limbo.

Berger’s force design vision, which places the Marines neck and neck with the Navy, envisions a reconnaissance force that will “win the hider/discoverer competition” in a potential sensor-driven fight with China.

But light armored reconnaissance Marines are still waiting for a new vehicle dubbed the Advanced Reconnaissance Vehicle, or ARV, which has been talked about for more than a decade but remains a drawing board concept in budget-constrained days. And these Marines are taking on their mission with a platform that dates back to before many of them were born – the light armored vehicle, which first came out in 1983.

The state of the Navy reconnaissance element appears to be in high demand but remains in “flow,” noted Mark Cancian, a senior adviser at the Center for Strategic and International Studies and a retired naval officer, in his November budget report. .

The Navy requested more than $48 million in its latest research, development and evaluation request.

But the program was recommended by officials for reassessment in a February 2021 update to Congress. The CRS report also raised questions about whether funding should be suspended until the Corps decides what to do with its LAR and ARV companies.

This is an excerpt from “19 Things Marines Need to Know for 2022,” in the January print edition of the Marine Corps Times.

Todd South has written about crime, the courts, government and the military for several publications since 2004 and was named a 2014 Pulitzer Finalist for a co-authored project on witness intimidation. Todd is a Navy veteran of the Iraq War.