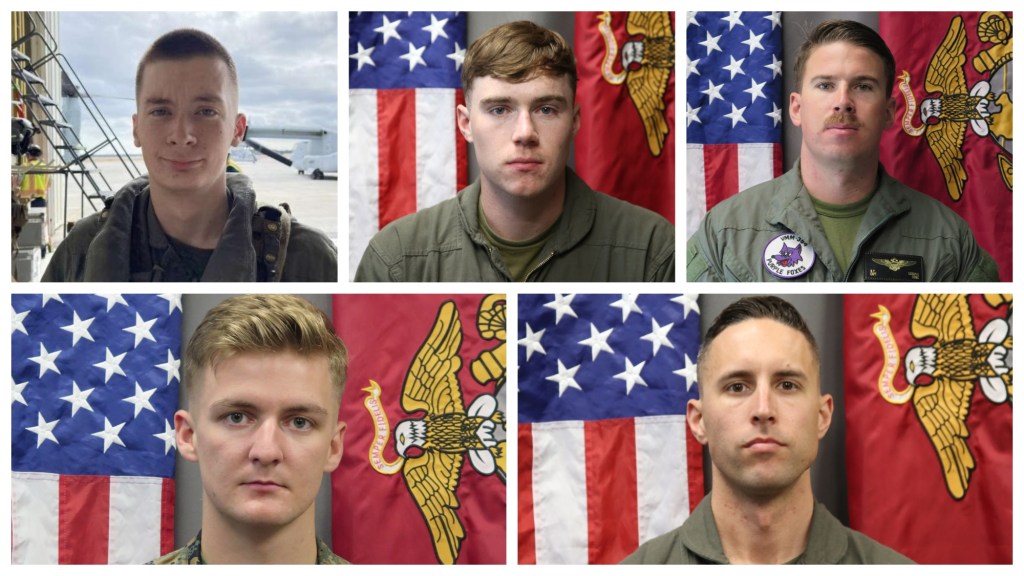 After the deaths of nine Marines and the loss of four aircraft in six months, Marine Corps officials announced Tuesday, June 14 that all of its aviation units will be required to stop flying for a day to review safety procedures. , address areas of concern and gather feedback.

The units will have to do their “stand down” between June 21 and July 1. The announcement follows a similar one-day “safety pause” initiated by the Navy for its aviation units around the world on Monday.

On June 8, an MV-22B Osprey crashed over a training field in the Imperial Valley while conducting aerial target drills. All five Marines on board were killed; they were part of a Camp Pendleton squadron known as the Purple Foxes.

The accident investigation is ongoing.

Four Marines from the 2nd Marine Aircraft Wing based in Jacksonville, North Carolina, were killed in March when an Osprey they were in fell during a training exercise in Norway.

Last week the Navy had a helicopter crash the day after the Osprey went down in the Imperial Valley near Glamis. The Navy helicopter crashed in the same general training area, but reported no significant injuries.

A Navy F/A-18E Super Hornet crashed June 3 in the desert near Trona, killing its pilot.