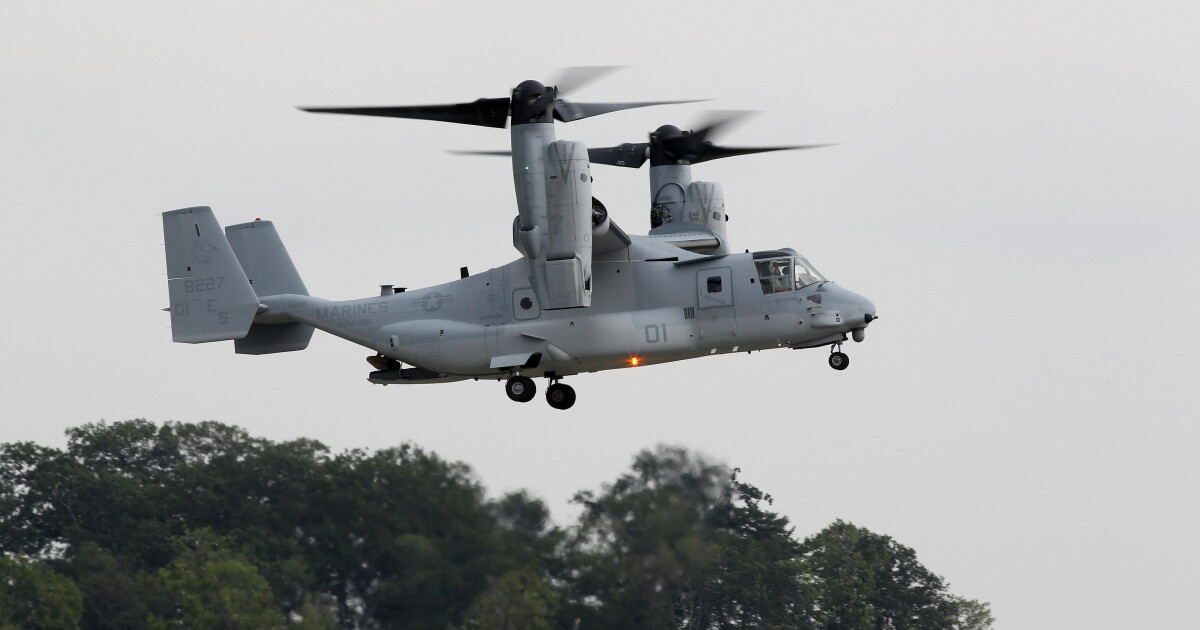 All Marine Aircraft Wing units are ready to perform a safety stand-down.

Units will conduct a one-day security standoff between June 21 and July 1, according to a Marine Corps administrative message released Monday.

“The Marine Corps has had six Class A accidents since January 2022, resulting in nine fatalities and the destruction of four aircraft,” the message read. “Now is the time to take a day to perform a safety shutdown, review best practices and focus on areas where we can improve to ensure our units remain capable, safe and ready. »

According to the message, the standdown will focus on reinforcing proper procedures, providing information and collecting feedback.

The Marine Times Corp reported on June 8 that five Marines died in an MV-22B Osprey crash during remote training about 185 miles east of San Diego, Calif., near Glamis.

The crash is a fatal crash of another tiltrotor aircraft near Norway on March 18, which killed four Marines.

A Navy MH-60S Seahawk assigned to Helicopter Sea Combat Squadron 3 crashed near El Centro, Calif., on June 16. It was during a routine training flight and injured a crew member, according to the Navy Times.

According to the Marine Times, on June 3, Navy Lt. Richard Bullock, pilot of the F/A-18E Super Hornet, of Strike Fighter Squadron 113, died in an accident during training.