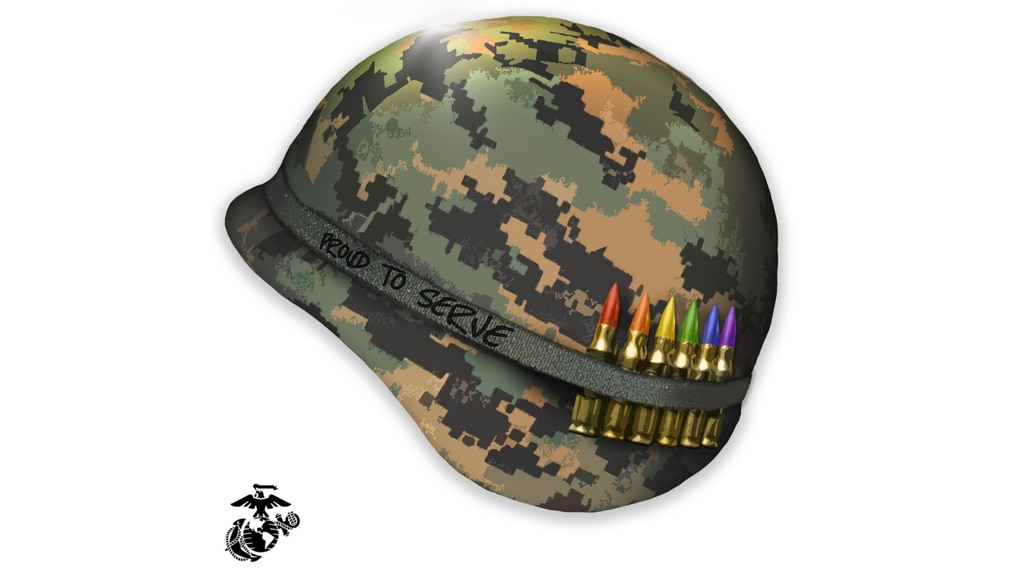 Every year, businesses and their allies take to social media on June 1 to show their support for LGBTQIA+ people with rainbow displays for Pride Month. This year, the US Marine Corps joined them with a helmet post emblazoned with a row of multicolored 5.56mm NATO rounds and a message for queer troops.

“During the month of June, the Marine Corps is taking #Pride by recognizing and honoring the contributions of our LGBTQ service members,” the post read. “We remain committed to fostering an environment free of discrimination and uphold the values ​​of equal treatment for all, with dignity and respect.”

Another called out the Corps for getting involved in identity politics.

“All Marines are green,” user @Jonathan.Mawby wrote. “No colors. No preferences. No special treatment or celebration of any sub-group or category. Just Marines. Leave it at that. Keep social experiments, buzzwords, and politics in out of it!”

On Twitter, former Fox News producer Kyle Becker wrote, “Culture wars are not what the Marines were trained for. You represent all Americans, not just woke socialists who use sexual orientation as a weapon to attack the traditional nuclear family and Christian values. Tolerate, yes. Defend a camp in a cultural debate? Not your assignment.

Some, however, took the comments to defend LGBTQIA+ service members and praised the Marine Corps for supporting Pride Month.

“Why are the majority of people who complain are those who have never served?” user writes @hey_its_baloo. “Good leaders understand that representation is important. The LGBTQ+ community has served in every war and every engagement since the beginning of this country. »

Another completely unrelated initial impression, however, was that the image missed the mark, but in a more comedic way.

Dozens of commenters noted that the helmet appeared to contain a row of colored pencils – a famously stereotypical snack for Marines, who are often classified as pencil eaters for their perceived lack of intelligence.

A few other users also pointed out that the graphics on the helmet looked suspiciously similar to promotional material for Stanley Kubrick’s “Full Metal Jacket” (1987). The image on the posters features the same helmet-ammo design, but is marked with the words “Born to Kill”.

Military Times contacted the Marine Corps, which declined to comment on the filing of the graphic, its design or responses to social media posts.

According to Maj. Jim Stenger, a Marine Corps spokesman, the graphic was generated from United States Marine Corps Headquarters.

Observation Post is the Military Times’ one-stop-shop for everything off-duty. Stories may reflect the author’s observations.

Sarah Sicard is an editor at the Military Times. Previously, she served as digital editor of the Military Times and editor-in-chief of the Army Times. Other work can be found in National Defense Magazine, Task & Purpose and Defense News.