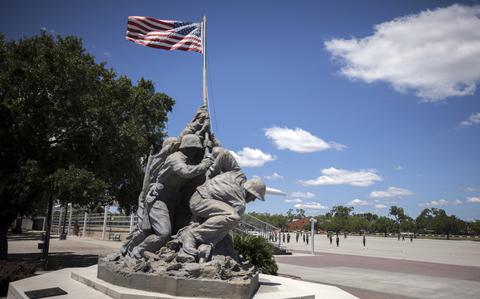 PARRIS ISLAND, SC — Rising seas are encroaching on one of America’s most legendary military installations, where thousands of recruits are turned into Marines each year amid the salt marshes of South Carolina’s Lowcountry region.

Marine Corps Recruit Depot Parris Island is particularly vulnerable to flooding, coastal erosion and other climate change impacts, a Defense Department-funded “resilience review” noted last month. Some scientists predict that by 2099, three-quarters of the island could be underwater every day at high tide.

Military authorities say they are confident they can keep the second-oldest Marine Corps base intact, for now, through small-scale modifications to existing infrastructure projects.

Major Marc Blair, Parris Island’s director of environment, describes this strategy as “the art of the small,” an expression he attributes to the base’s commanding general, Brig. General Julie Nethercot. In practice, this means things like raising a culvert that needs fixing anyway, limiting development in low-lying areas, and adding flood protection measures to range improvements.

Others advocate much larger and more expensive solutions, such as building huge seawalls around the base or moving Marine Corps training away from the coast.

Parris Island has an outsized role in military lore and American pop culture as the testing ground for Marines who have served in every major conflict since World War I. It remains a crucial training ground, with Marine Corps Recruit Depot, San Diego. But the rising sea proves to be a formidable enemy.

Salt marshes make up more than half of the base’s 8,000 acres, and the highest point of the depot, near the fire station, is just 4 meters above sea level. It’s connected to the mainland by a only road already flooded. 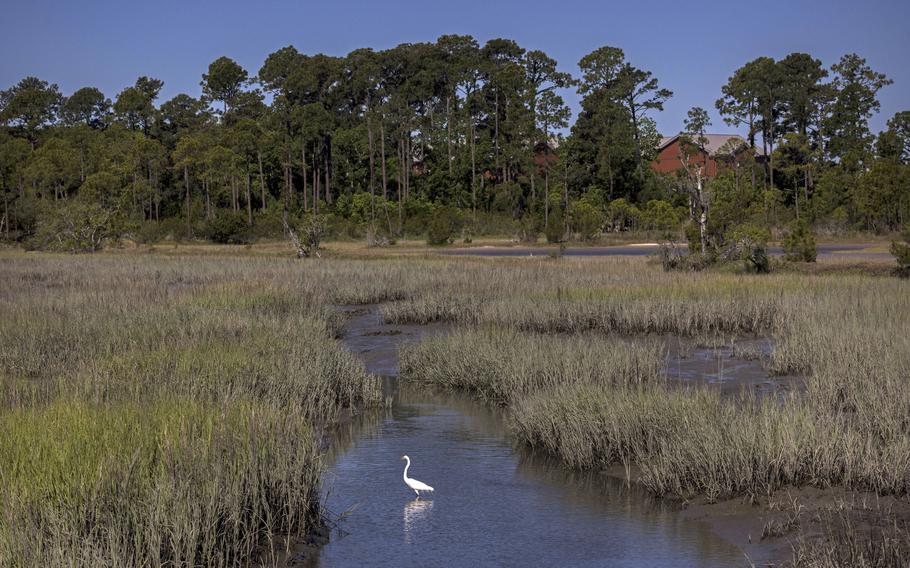 A snowy egret feeds in a salt marsh, Wednesday, May 11, 2022, in Parris Island, South Carolina (Stephen B. Morton/AP)

Low-lying areas of the island and nearby Marine Corps Air Station are already flooded about ten times a year, and by 2050, “currently flood-prone areas at both bases could experience tidal flooding more than 300 times a year and being underwater nearly 30 percent of the year given the highest scenario,” according to the Union of Concerned Scientists.

Military reports have for decades acknowledged the threats of climate change to national security, as wildfires, hurricanes and floods have prompted evacuations and damaged bases. A Pentagon document released last fall, after President Joe Biden ordered federal agencies to revamp their climate resilience plans, says the Department of Defense now has “a comprehensive approach to building facilities ready for climate” and cites an adaptation and resilience study undertaken by Parris Island.

But daily disruptions are mounting, from untimely flooding on roads to rising temperatures and rising humidity which, when combined, limit the human body’s ability to cool itself with sweat.

These wetter, warmer days could limit outdoor training. Already, more than 500 people on Parris Island have suffered from heat stroke and heat exhaustion between 2016 and 2020, placing the base among the top ten US military installations for heat-related illnesses. heat, according to the Armed Forces Health Monitoring Branch.

All of the training taking place on Parris Island could technically be replicated on cooler, drier land elsewhere, the retired Brig said. Gen. Stephen Cheney, who served as commanding general at the base from 1999 to 2001.

But Cheney foresees no appetite in Congress to close the base and move its mission to less risky ground, which means the government needs to start investing in structural solutions to protect its crucial components such as the firing ranges near the base. water, he said. in an interview with the Associated Press. 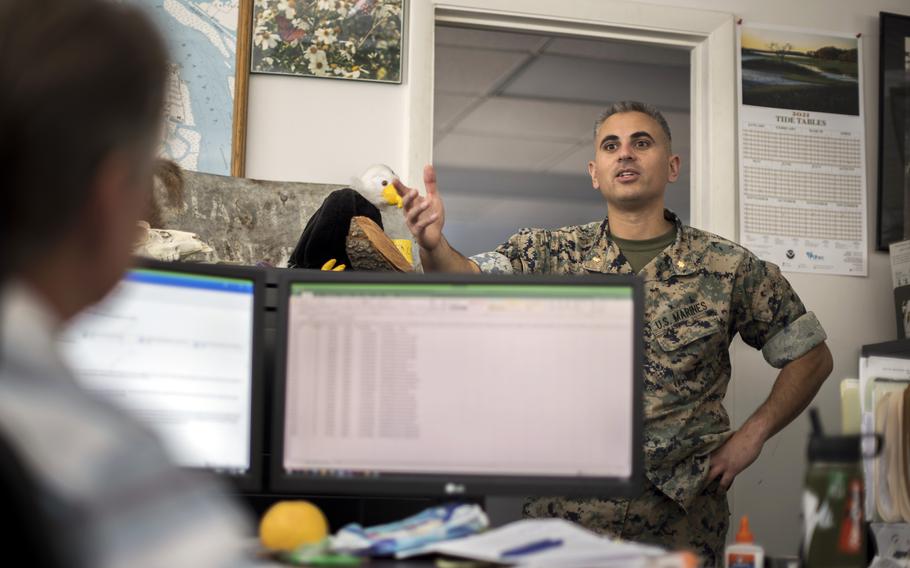 Spending millions to build levees would be cheaper than spending billions to rebuild the base after a devastating hurricane, Cheney says.

Parris Island has so far been spared direct hits that have caused billions in damage to other military installations, but it has been evacuated twice in the past five years for hurricanes, which hit North Carolina South every eight years, on average.

These disasters should serve as cautionary tales for Parris Island, Cheney argues. But there’s no major overhaul currently planned – no concrete bulkheads or other seawalls that could drastically alter the visual character of the post, no master plan to raise the buildings all at once.

Hurricane planning is focused on protecting life and preserving necessary equipment and buildings to limit training disruptions, said Col. William Truax, director of facilities and logistics at the depot.

“We are not undertaking any major projects because we have not encountered any major threat to what we need to do here,” Truax said. “To be honest, these old brick buildings aren’t going anywhere.”

Parris Island also depends on the resilience of communities right next to the base. Stephanie Rossi, a planner with the Lowcountry Council of Governments, said the group’s Defense Department-funded study of climate change impacts suggests strengthening the only road on and off the island, raising buildings and to strengthen the storm water system of an area where military families live.

“The waters will recede,” said Blair, the environment manager. “The more resilient we make this place, the sooner we can start making Marines again.”