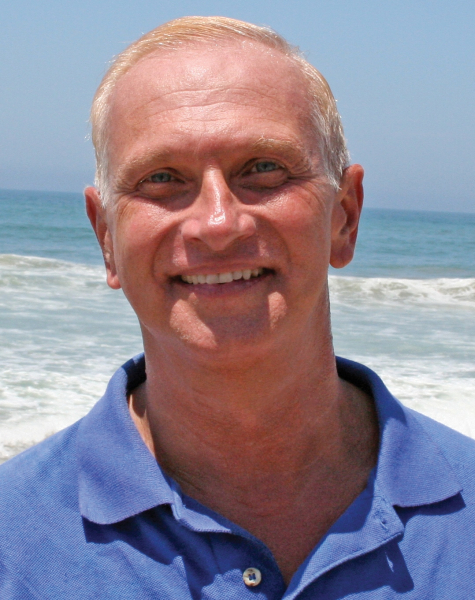 SUPPORT THIS INDEPENDENT JOURNALISM
The article you are about to read comes from our journalists doing their important job – investigating, researching and writing their stories. We want to provide informative and inspiring stories that connect you to the people, issues and opportunities within our community. Journalism requires a lot of resources. Today, our economic model has been interrupted by the pandemic; the vast majority of our advertisers’ activities have been impacted. This is why the SC time now looks to you for financial support. Learn more about our new Insider Program here. Thanks.

This Friday, August 26, at noon, the Heritage of San Clemente Foundation will lower the American flag at the Marine Monument, Park Semper Fi, to honor those who sacrificed their lives for our country a year ago at Kabul Airport in Afghanistan. .

The flag will be lowered by a Marine Corporal from 2nd Battalion, 1st Marines who was there that fateful day. The local Marine Corps League chapter will also participate in the ceremony.

The names of those who perished will be read and a bell will ring after each name. We hope that this remembrance ceremony will take place every year. While this country was to leave Afghanistan, the way we left was seen as poorly planned and a disaster.

The bronze plaque at Park Semper Fi, which was dedicated on Memorial Day 2022, bears the names and photos of each of the dead and reads: “Our flag does not fly because the wind moves it. It flies with the last breath of every Marine, Sailor, Soldier who died protecting it.

On August 26, 2021, during the devastating evacuation of U.S. NATO military and Afghan civilians, an explosion occurred outside the Abbey Gate of Hamid Karzai International Airport. The Islamic State of Iraq and the Levant-Khorasan Province (ISIL-K) claimed responsibility for the attack.

ISIL-K is a sworn enemy of the United States and the Taliban. The attack was carried out by a suicide bomber, who detonated a 25-pound explosive vest hidden under clothing, near a group of US servicemen who were carrying out security checks of Afghans hoping to enter the airport.

Thirteen American servicemen – 11 Marines, a soldier and a Navy Corpsman – were killed in the attack.

Unfortunately, the brother of Marine Corps Lance Cpl. Kareem M. Nikoui, 20, of Norco, California, died by suicide on August 9. Dakota Halverson, 28, was Nikoui’s older brother. He committed suicide near the city’s permanent memorial honoring Nikoui and the 12 other soldiers killed in Kabul. The drama continues.

You are welcome to attend this informal and short ceremony, and your presence will remind families who have lost a son or daughter we will never forget.

It’s been a busy summer at Park Semper Fi’s Marine Monument, and we greatly appreciate the daily volunteers, the San Clemente Garden Club members who work each month, and of course our sponsors and supporters, including the city. from San Clemente and the Fisherman’s Restaurant & Bar.

Our appreciation also goes to the unit adopted by San Clemente, 2nd Battalion, 4th Marines, who were adopted by the city and San Clemente Chamber of Commerce in 1996. They have spent several hours since April trimming trees, bushes and general maintenance, and we are very grateful.

On September 16, the city, the Chamber, and the Heritage of San Clemente Foundation will host a barbecue for 2/4 at Pacific Coast Church, prior to their deployment. During their deployment, the city and The Church of Jesus Christ of Latter-day Saints will collect and send them deployment kits.

You can help by dropping “deployment goodies” in the various deployment boxes in town. In November, we’ll provide you with a list of locations and “goodies” that you can contribute to. More information will soon be available on marinemonument.com.

G. Wayne Eggleston is a former council member and mayor of San Clemente, who once served on the city’s planning commission. He is the executive director of the San Clemente Legacy Foundation.