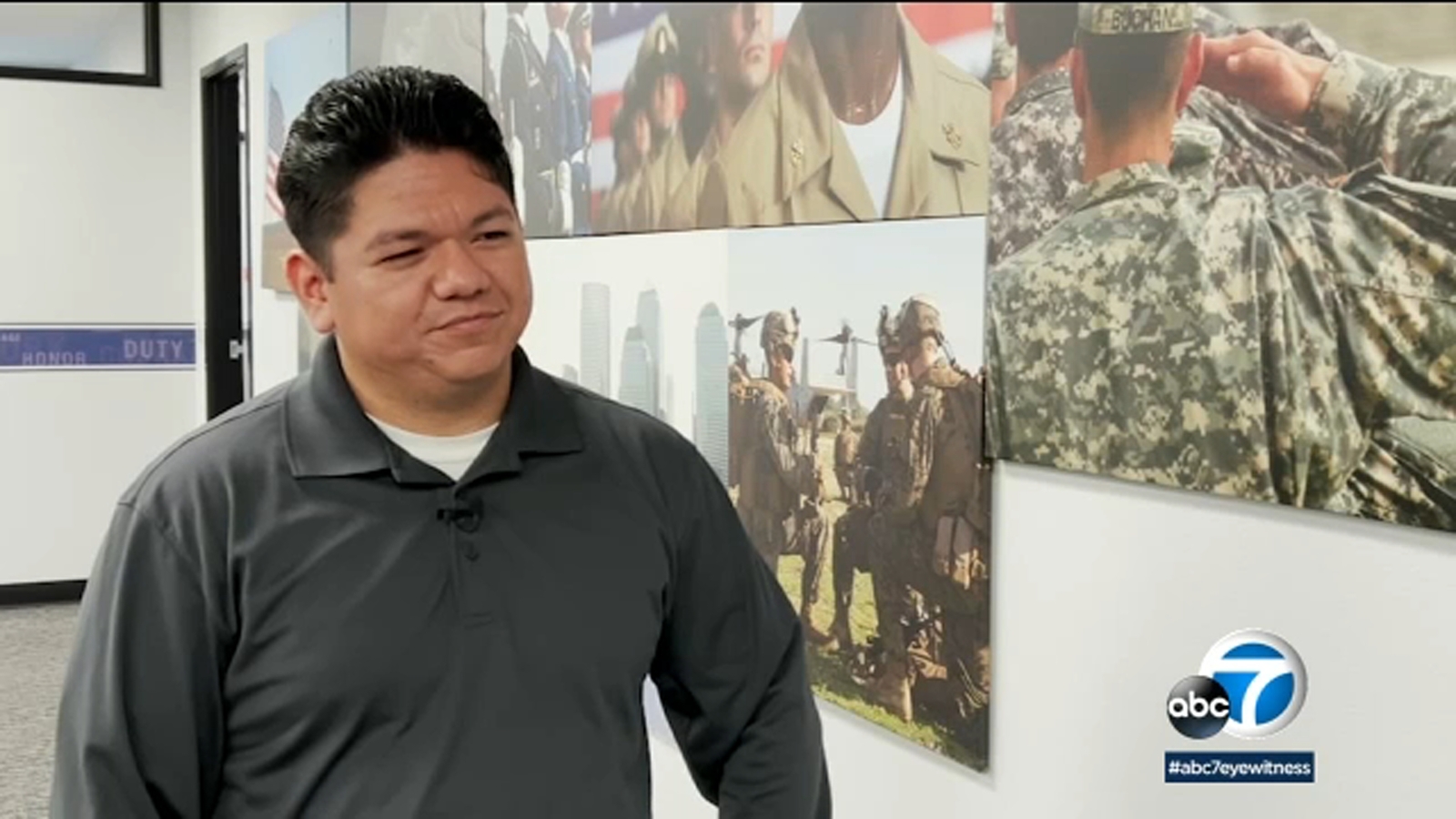 TUSTIN, Calif. (KABC) — Andy Mejorado, Marine Corps veteran and California National Guard soldier, says he’s on the right path to independence after getting help from the Tierney Center for Veteran Services when he was homeless and Unemployed.

Mejorado was going through a tough time when he found himself homeless in 2019.

“I was in my car for quite a while,” Mejorado said.

This after serving his country, earning his associate degree, and transferring to Cal State University, Fullerton. When he took a semester off, he lost his GI Bill eligibility, meaning he also lost his source of income.

However, perseverance and a lesson he learned in the military kept Mejorado going.

At the Tierney Center for Veteran Services, Mejorado got help with housing, training, and employment with a private security company as an armed guard.

“It’s very familiar and I feel safe. I don’t know if it’s because it’s something I felt proud of before,” Mejorado said.

The Tierney Center is part of the Orange County Veterans Initiative, which has impacted nearly 30,000 individuals and families.

The Orange County Community Foundation launched the program in 2015 and provides grants to nonprofits working together to create a one-stop resource for veterans.

Carol Ferguson, director of donor and community engagement at the OC Community Foundation, says the goal is to ensure veterans have a space once they return from service.

Mejorado said that three years after turning to the Tierney Center, he felt he was on the right path because he had obtained the necessary certificates and experience to promote.

“Higher positions would mean I would no longer be eligible for HUD-VASH, but it would mean I could be self-reliant and become more independent again,” Mejorado said.

Mejorado says he plans to go back to school to finish his bachelor’s degree. It’s only 12 credits.