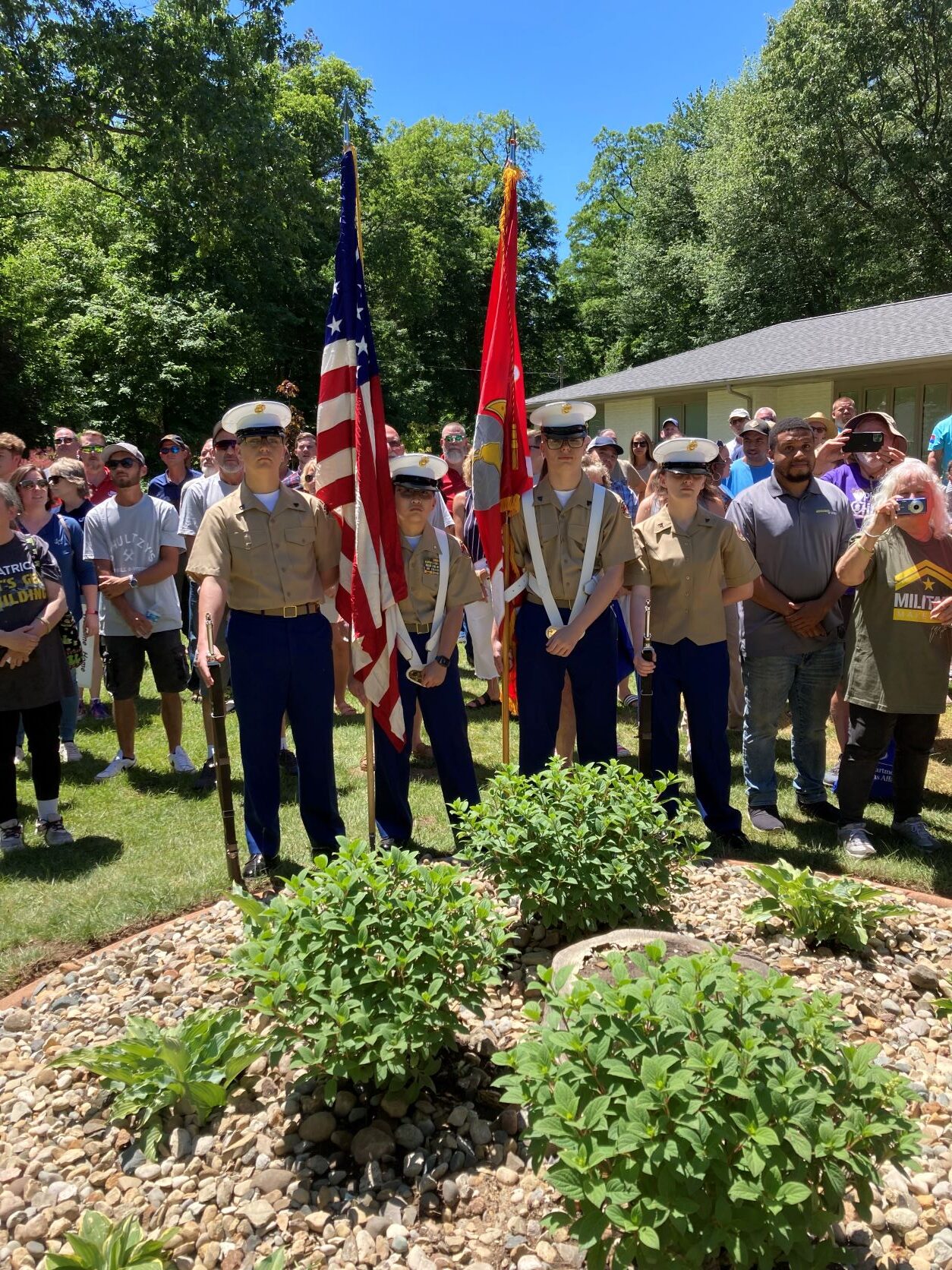 Cadets from Michigan City High School (MCHS) Cadets help set up one of the many tents used at the school district’s back-to-school rally. (MCJROTC) have been busy this summer as they trained for a week in Wisconsin at a leadership camp organized and run by MCHS, which also included cadets from Portage and South Bend Riley.

Select cadets also participated in the National Military Drill Camp at Schreiner University in Texas and the MCJROTC Senior Leadership Camp in Boswell, Pennsylvania. These camps, like all MCJROTC activities, were conducted at no cost to students or MCHS. They were fully funded by the Marine Corps.

Cadets provided Color Guards for many events over the summer. Among these were the Michigan City Patriotic Parade, the Indiana State Employees Convention, the LaPorte County Veterans Court, and Montel Williams’ TV show Military Makeover, which helped a family of the region to renovate his house.

The cadets also completed a number of community service projects, including the Adopt-a-Highway program with the local Marine Corps League, landscaping at the Dunes Summer Theater, paper shredding, and a food drive. at Member’s Advantage Credit Union in Michigan. City, and the Citywide Back-tTo-School gathering at Elston’s Gill Field.

Once school begins, cadets will continue to support school activities, such as home sports games and community events. They will also begin military drill team training, with the goal of qualifying for the national championship competition in Washington, DC, in April.