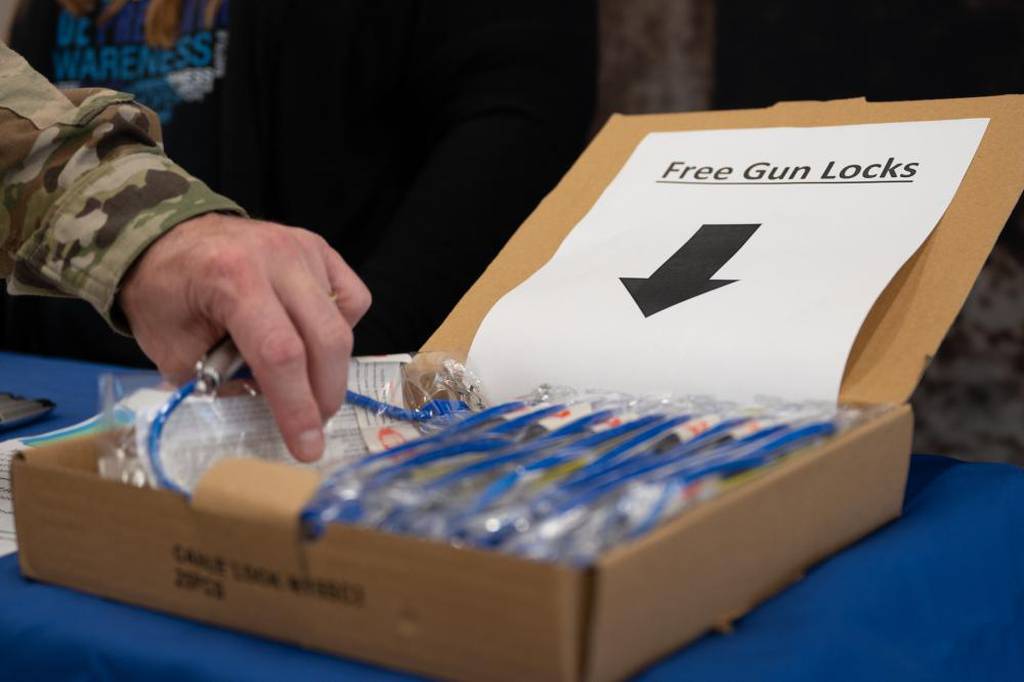 As part of the U.S. military’s ongoing efforts to stem suicide among the ranks, the Navy and Marine Corps are partnering with the Department of Veterans Affairs to distribute 200,000 gun locks to facilities across the national scale.

Gun locks can be picked up at VA facilities across the country, as well as local Fleet and Family Support Centers and Marine Corps Community Services locations.

The Military/Veteran Crisis Line contact information is also printed on the gun locks.

The idea behind the program is to put up a barrier between a person’s suicidal impulse and act on that impulse, according to a Navy statement.

In some cases, it can take someone less than 10 minutes to think about suicide and then act on it, according to the Navy.

“Research tells us that putting time and distance between a person at risk and a means of suicide is an effective way to prevent suicide,” said Andrea Goldstein, acting director of the Bureau of Force Resistance. Navy Department, in the release. . “We are grateful to the VA for their partnership and providing this tool to our Sailors and Marines.”

Owning a firearm does not make someone suicidal, but research has shown that storing a loaded firearm at home can increase the risk of death by suicide, the statement said.

“Guns are one of the deadliest and most common methods of suicide among service members and their families,” VA director of suicide prevention Dr. Matthew Miller said in the statement. “The VA is poised to continue its partnerships with the services to keep service members, veterans and their families safe. Together, our departments encourage safer storage practices, security planning, and time and space measures for crisis response.

Last year, 59 active duty sailors died by suicide, compared to 67 in 2020, according to Department of Defense data.

Troops, veterans and family members facing a mental health crisis can call 988 or 1-800-273-8255 to reach the Veterans Crisis Line for 24-hour emergency assistance. 24 (press 1 after login for faster access). Individuals can also text 838255 or visit VeteransCrisisLine.net to find other ways to reach advisors.

Geoff is a senior reporter for the Military Times, specializing in the navy. He has covered Iraq and Afghanistan extensively and was recently a reporter for the Chicago Tribune. He welcomes all kinds of advice at geoffz@militarytimes.com.