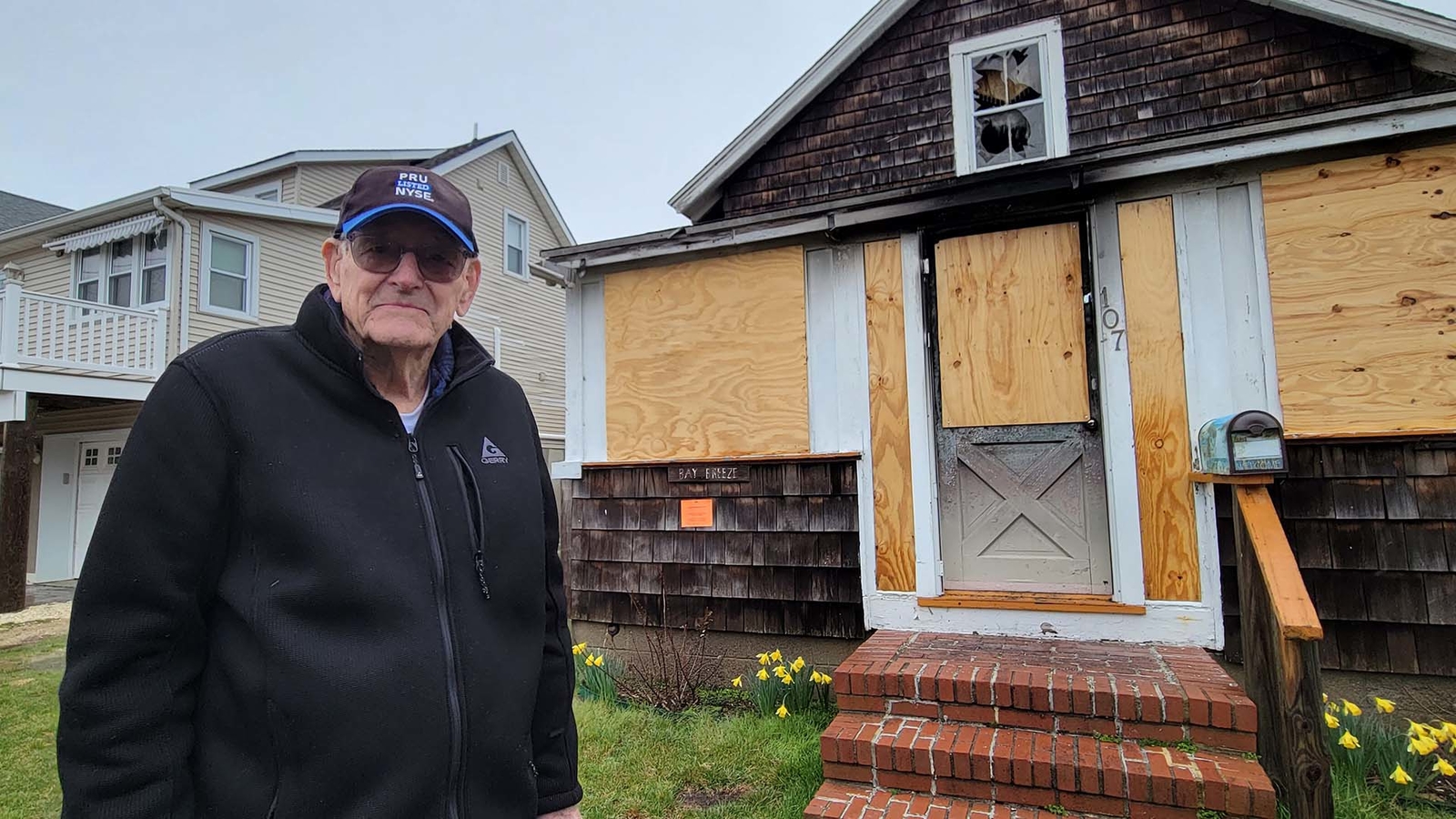 Roberts, a US Marine Corps veteran, was born during the Great Depression and raised during World War II. He has lived in Ship Bottom, New Jersey, since retiring from a mail carrier career in the 1980s.

Roberts enjoys taking daily walks and riding his bike. It was a routine that the Long Beach Island community learned and loved.

And on Monday, March 14, 2022, the whole neighborhood came out to support Roberts.

“I saw smoke coming in through the bathroom door,” he said. “I took a breath and knew instantly that I would never take a second breath and live.”

Roberts was lucky to make it out alive as he watched a fire rip through his 102-year-old home. Obermayer was one of the first to lend a hand.

“I had old jeans from work. They didn’t fit him too well, but at least he had pants and a shirt to wear,” he said. “That’s what he would have done for me if I was in his situation.”

Obermayer’s daughter, Erin, created a GoFundMe page to acknowledge Roberts’ situation and provide financial support. He has since received over $125,000 from donors near and far.

“How many people do I have to thank for all of this? How do you thank people? Roberts asked.

Additionally, members of the community donated dozens of gift cards to Roberts. They bought clothes and shoes to help rebuild her wardrobe. And business owners like Melanie Magaziner have also contributed.

“We are having a dinner party on Monday evening April 11 at the Black Whale Bar and Fish House,” she said. “So the more you eat, the more we can give.”

In the face of tragedy, the community helped Roberts wake up each day with a smile on his face.

“There are a lot of good people in this world, I found out. I don’t know what I would have done without them,” he said. “I appreciate everything. God bless you all.”