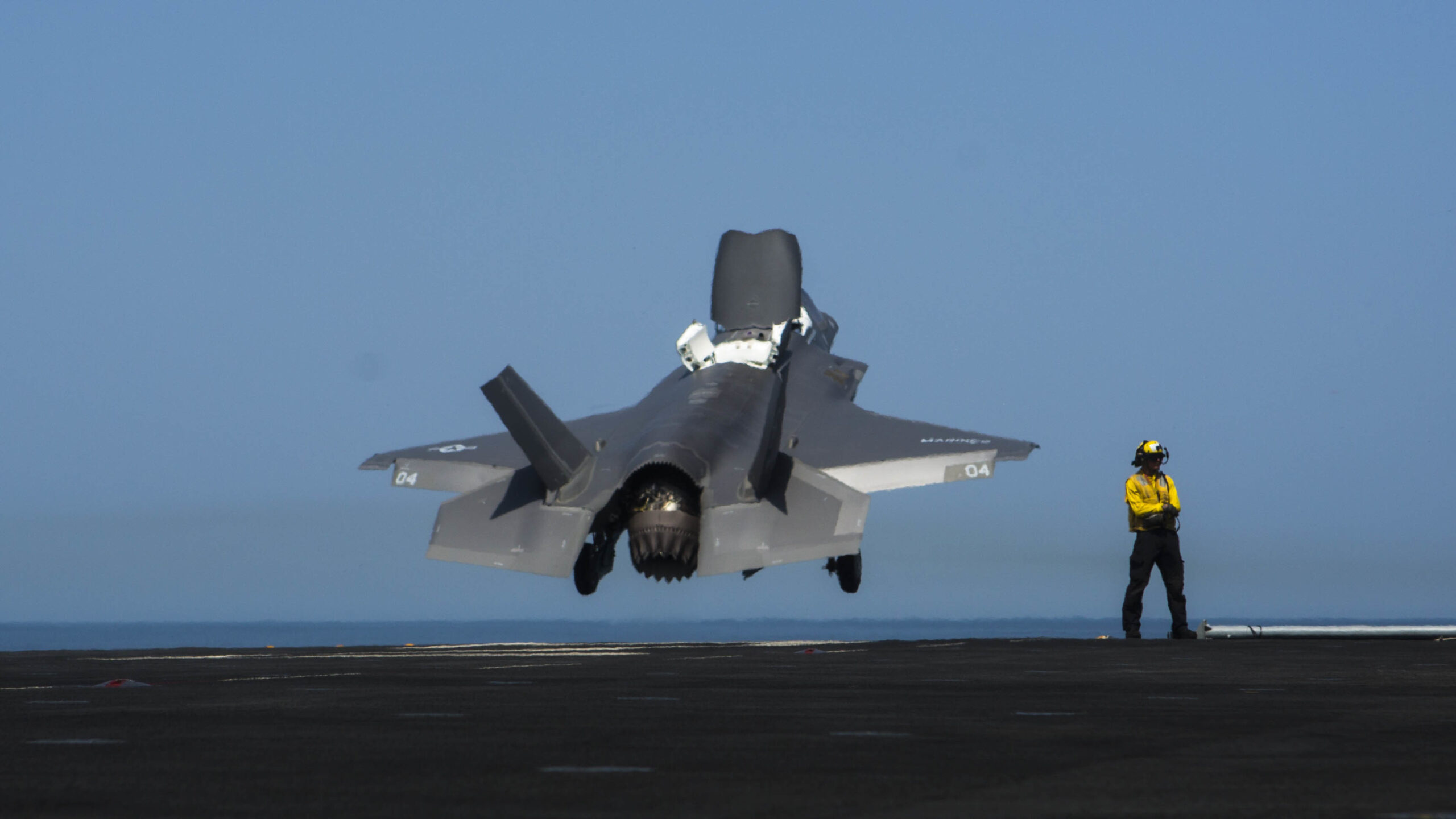 CORRECTION 05/05/2022 9:34 AM ET: This report has been updated to remove a graphic and accompanying text that misidentified information on aircraft production figures.

WASHINGTON: The Marine Corps today released its first aviation plan since 2019, in which it highlighted the need to ensure the service’s air fleet maintains “digital interoperability” between the Joint Force and foreign partners.

“The future [Marine Air Ground Task Force] is increasingly characterized by its ability to sense, share and merge information at tactically relevant speeds with the Joint Force, as well as with partners and allies,” reads the document, signed by the best airman in the service, Lieutenant General Mark Wise. “Information, and the speed at which it can be shared, is a driving force in MAGTF’s ability to create momentum in a future operating environment.”

The service’s aviation plan is akin to the Navy’s 30-year shipbuilding plan in that it projects what the future Marine Corps aviation fleet will look like, what capabilities will be most important, and the overall strategic vision defined by the deputy commander of aviation. . Also similar to the shipbuilding plan, the service failed to routinely produce the document.

The document’s emphasis on “digital interoperability,” also referred to as “DI,” echoes the Pentagon’s broader goals for joint command and control of all domains as well as part of this effort to the Navy, Project Overmatch.

“The goal of MAGTF DI is to deliver the required information to the right participants at the right time, to defeat an adversary, while improving efficiency and effectiveness,” according to the document. “MAGTF DI aims to provide greater situational awareness, accelerate the chain of destruction, and improve survivability to thwart and defeat the threat.”

The aviation plan describes the “MAGTF Agile Network Gateway Link”, dubbed MANGL, as the foundation of the service’s efforts to digitally connect its aircraft. The service plan uses a “hubs” and “spokes” analogy to describe MANGL.

“The hubs have a full gateway and spectrum-agile radio to handle message translation and network management of current and future Tactical Data Links (TDLs),” according to the document. “The spokes have the same interfaces, but less capable gateways and legacy radios.”

The service projects that by fiscal year 2024, each Marine Corps aviation platform will have “a means of transmitting and receiving multiple standardized links” to meet the service’s missions.