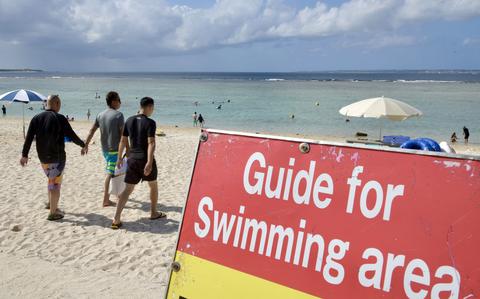 CAMP FOSTER, Okinawa — The Marine Corps has launched a smartphone app that provides troops with drowning risk information around Okinawa and a bridge over language barriers in case of an emergency.

Drowning in undercurrents is one of the leading causes of accidental death in Okinawa. The powerful rip currents near many of the island’s beaches can quickly drag a swimmer out to sea, often as they struggle helplessly against it.

Marine Corps Community Services developed the Liberty MCCS Okinawa app to provide users with initial information about Okinawa’s often beautiful but dangerous coastline, according to Shawn Curtis, director of safety at the Marine Corps Installation Pacific Safety Office. The Liberty app was originally developed in 2017 and is free to download and use.

It is available for download on Google Play or the Apple App Store. Among its features, the Liberty app gives users a map of recommended sites for recreation, as well as drowning risks associated with island beaches and locations of past drownings. It includes information on where to eat on and off base, prohibited establishments, order and emergency numbers, liberty policy and scam alerts.

It comes with an audio translator that allows English speakers to report an emergency by clicking on the statement that corresponds to the emergency. An audio message is played in Japanese for passers-by or an emergency services operator. 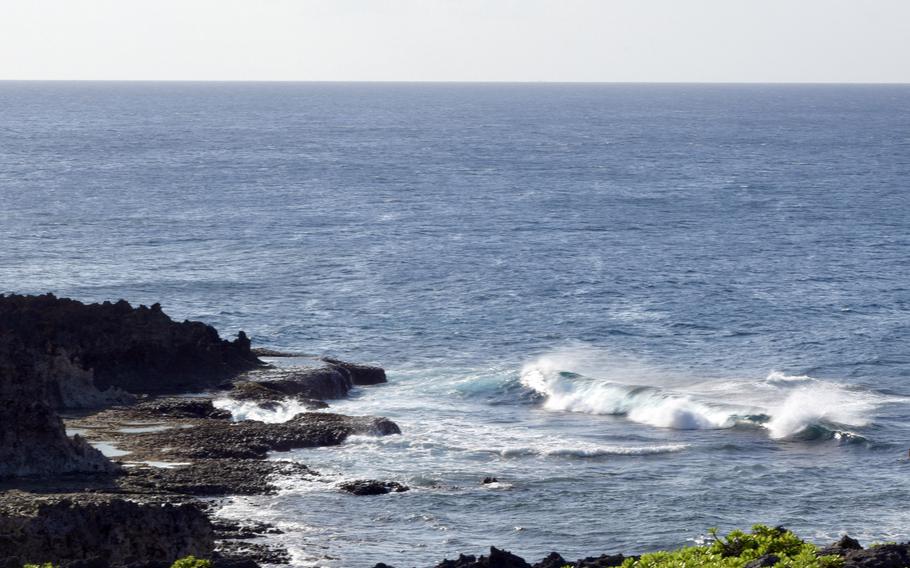 Drowning is the leading cause of accidental death in Okinawa and October is the deadliest month in this category, according to Curtis.

The island prefecture is a hotspot for water sports like surfing, boogie boarding, snorkeling, and scuba diving. But its unstable year-round climate can go from safe to dangerous in minutes. Some of the most popular sites along the prefecture’s 296 miles of shoreline are also associated with dangerous water conditions.

A total of 33 people have drowned in Okinawa this year, according to the Okinawa Prefectural Police website. Sixteen were Okinawans; 16 were tourists, including people from elsewhere in Japan; and one was a U.S. service member.

Forty soldiers have drowned in Okinawa since 2000, according to the security office. Ten have perished since 2020, including five last year, Curtis said in an email Thursday to Stars and Stripes.

Since 2014, he said, 37 military, civilian employees or family members have been rescued on Okinawa beaches, though he suspects many more incidents go unreported. One drowning and two rescues have been reported this year at the Marine Corps in Okinawa, he said.

The Okinawa Marine Corps encourages people to download the Liberty app to their cellphones and program emergency phone numbers into it, including the Japan Coast Guard emergency number, 118, and the dispatcher Kadena Air Base off-base emergency, 098-934-5911.