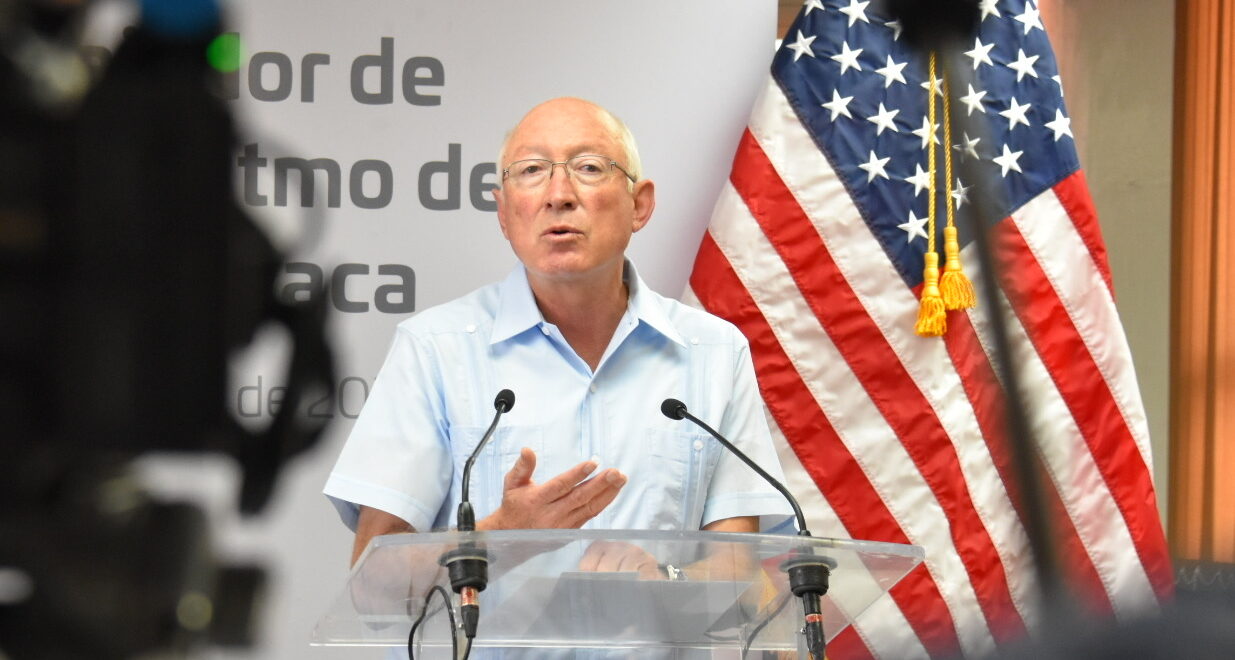 Thank you, Drew, for your presentation.

It is a great honor for me to join you in paying tribute to the brave men and women of the Marine Corps.

As United States Ambassador to Mexico, this is a proud moment for me. Proud because as we celebrate 247e anniversary of its founding, we thank the Marines for their service, dedication and commitment.

I am pleased to be joined by our special guests from the United States Army tonight:

This year we celebrate 200 years of diplomatic relations between the United States and Mexico. We also celebrate the inseparable ties that bind our two countries, whether through military cooperation and shared security, the fact that 40 million Americans have Mexican roots, or the many other ways our lives are intertwined every day. We can be confident knowing that our common future is secure and bright.

It is an event that everyone looks forward to at every post. I am thrilled that we have the opportunity to come together as an embassy community for such a special occasion in which we come together to recognize the legacy of honor, courage and commitment of the Marine Corps .

For 247 years, before we even ratified our Constitution, the “few and the proud” have always been ready to answer. Ready to serve our great nation without hesitation, guided by two powerful words:ever faithful”. Always faithful to their country, their nation and their brothers and sisters.

We join our fellow citizens in the United States and many other parts of the world in thanking the Marines for their service. To thank them for their commitment to devote their lives to their service and to their country.

Among their many responsibilities are a few that are essential to American diplomacy. Maritime Security Guards serve around the world to provide security for diplomatic missions to conduct foreign diplomacy in a secure environment. You are an integral part of Mission Mexico. All of us in our community of embassies and our nine consulates recognize your professionalism, your vigilance, your discipline and your traditions. We are delighted to celebrate alongside you as a ready national force for 247 years.

Marine Corps service goes beyond boundaries. From the shores of Tripoli to Iwo Jima. From Guadalcanal to the Battle of Hue City. And now, in the midst of all the uncertainty we face daily around the world, Marines have put their country before themselves to serve their fellow citizens and protect our shared values.

I learned the deep meaning of service through the example of my father. My father Henry served in World War II. He was so proud of his service that he told us when he died he wanted to be buried in his World War II uniform. His service in the army as Staff Sargent was one of the things he felt most proud of in his life. Also, my mother Emma, ​​made her way on a train from a remote ranch in Colorado to Washington, DC to help and open up the Pentagon.

Both gave me an excellent personal example of service and commitment to our country. Their testimony of dedication and service, demonstrated by millions of other Americans, represents the pride with which Americans from all walks of life have enlisted to be part of this glorious institution.

Once again, I would like to recognize the service of the Marine Corps to our great country and to the American people. Your service and values ​​give us hope, no matter what challenges our country faces or what complications you face. Because, as President Biden said, our military represents the best our country has to offer. You all represent the Marine Corps‘ deepest legacy of service, and you have the privilege of calling yourselves Marines and bearing the eagle, orb, and anchor.

I would like to thank you for all you do for Mission Mexico and the American community in that country. We thank you all for your service and we also thank your families.

Thank you very much and happy birthday!