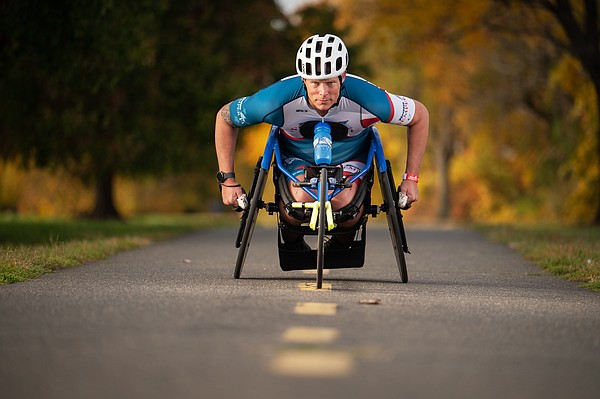 Three years after medically retiring from the U.S. Navy with a permanent disability, former U.S. Navy diver Julius “Jay” McManus achieved a major milestone: participating in the 47th Marine Corps Marathon in late October as a as a rim-driving athlete.

“I am a father of three. I run to show my family and my community that whatever obstacles we can always overcome, we can keep moving forward,” McManus said. “The real reality is that there’s also a big selfish part to it. I’m not just running to show them, but I’m running to prove to myself that I’m better than my injuries. I’m better today than I was. was yesterday, and I will continue to improve tomorrow.”

McManus joined the Navy in 1997 and entered diving school in 2005. By 2008 he had dived on numerous recovery missions, including one involving a WWII B-24 off Papua, in New Guinea. However, his diving career changed after an accident in Panama City Beach, Florida in 2010.

While traveling with the Navy’s Experimental Diving Unit, McManus was stung by a stingray, with the barb remaining inside his patellar tendon. The beard was not detected by the first X-rays and remained in his knee for several months, impairing his mobility. This led to six knee surgeries and his eventual retirement from the Navy.

McManus spent a year at the National Intrepid Center of Excellence in rehabilitation. His injuries from his time in the Navy included “dead spots” in his brain from traumatic injury, severe spinal damage, and a lump in his throat from radiation exposure. He was later diagnosed with post-traumatic stress disorder following multiple battle outbursts.

After his treatment, McManus struggled to be separated from his passions and his career. He spoke openly about his struggles with anxiety and depression.

“I hit some very dark places. I planned to end my existence and I was trying to figure out the best way to do it without negatively impacting my family,” McManus said. “I went to an introductory adaptive sports camp with the Navy Wounded Warrior program, and it was through that camp that I found a renewed sense of purpose and a renewed sense of self.”

This sparked an awakening in McManus’ competitive spirit. It was reintroduced to running – different from the handcycle in posture (more leaning forward) and lack of pedals to propel the athlete; runners use their hands on the rim itself – through the Semper Fi and America’s Fund through their “Runner’s Battalion” and have fallen in love. The organization assists injured veterans and their family members in all branches of military service. Through the fund’s sports program, 84 service members ran and 23 handcycled the full marathon this year.

“Jay is an example of the many reasons I do what I do,” said Sam Tickle, director of the fund’s sports program. “Being a veteran myself, I want to help those I’ve served with and those who have come before and after me. It’s an amazing feeling. It’s a lot of work, but the result is beyond words.”

Initially, McManus planned to compete as a handcycle athlete. However, when he suggested the possibility of becoming a wheel-drive athlete, the fund took extra steps to help him achieve his goal. This put him in touch with Joey Peters, a research specialist at the University of Illinois who is one of the US Paralympic track and marathon coaches.

Working with Peters and other trainers, McManus honed his form relentlessly. Prior to his training with Peters, his mile time was around nine minutes. A few months later, his mile time now falls into the four-minute range. After running the Marine Corps Marathon virtually for the past two years, McManus is looking forward to running alongside his fellow service members and showing off his hard work.

“The opportunity to run this race in this place with these people…it’s an honor. It’s a privilege,” said McManus. “It’s hard to imagine what three years of anticipation will look like at the end [of the race]but I’m very excited to find out.”

Although finishing the Marine Corp Marathon was a major achievement, McManus is already looking for his next sporting challenge. Top of the list: Transitioning to paratriathlon with eyes on the 2023 U.S. Championships.


Former Navy diver Julius “Jay” McManus was stung by a stingray while traveling with the Navy’s Experimental Diving Unit, with the undetected barb remaining inside his patellar tendon for several months and impairing their mobility. (Photo for The Washington Post by Craig Hudson) 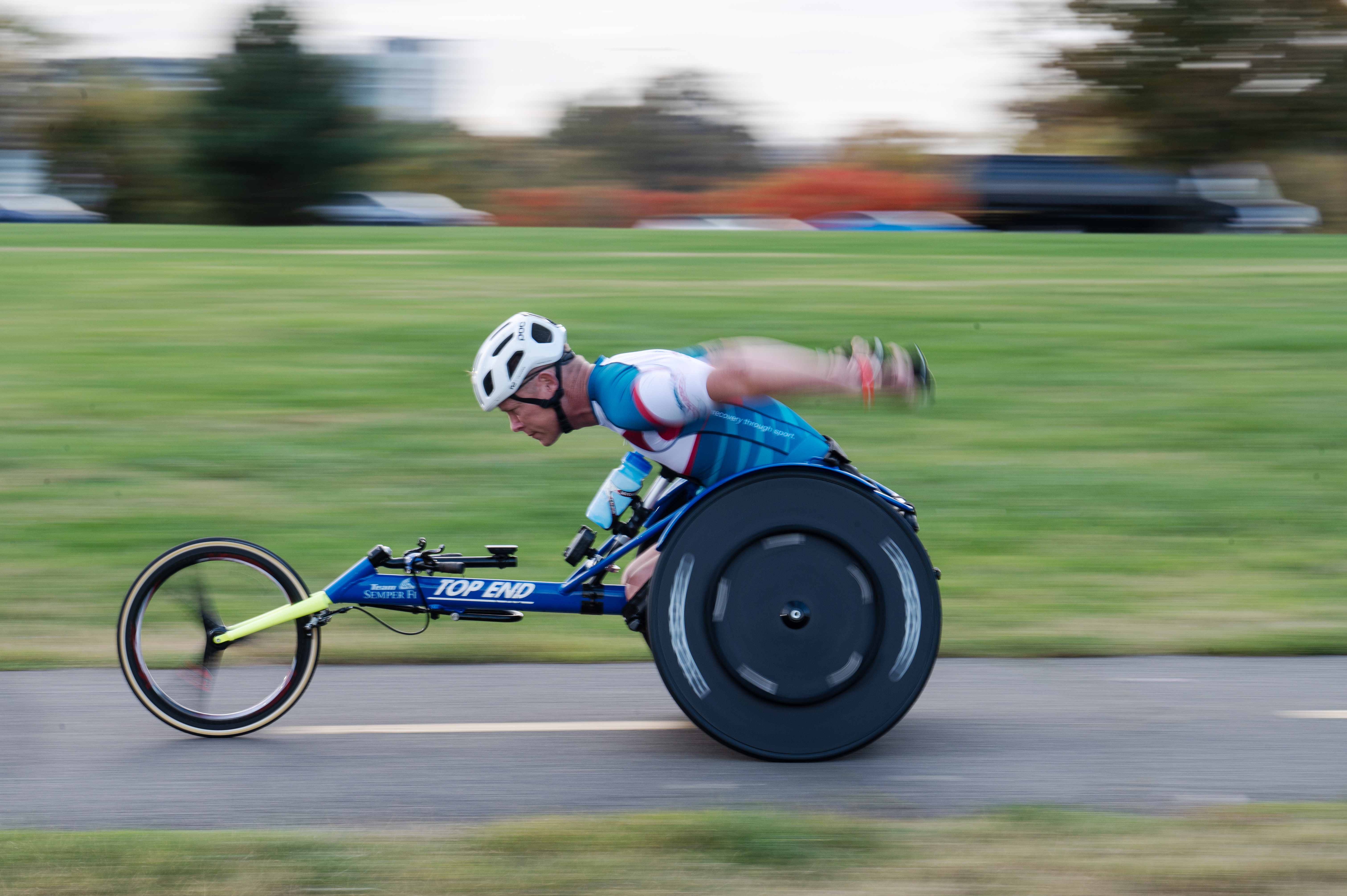