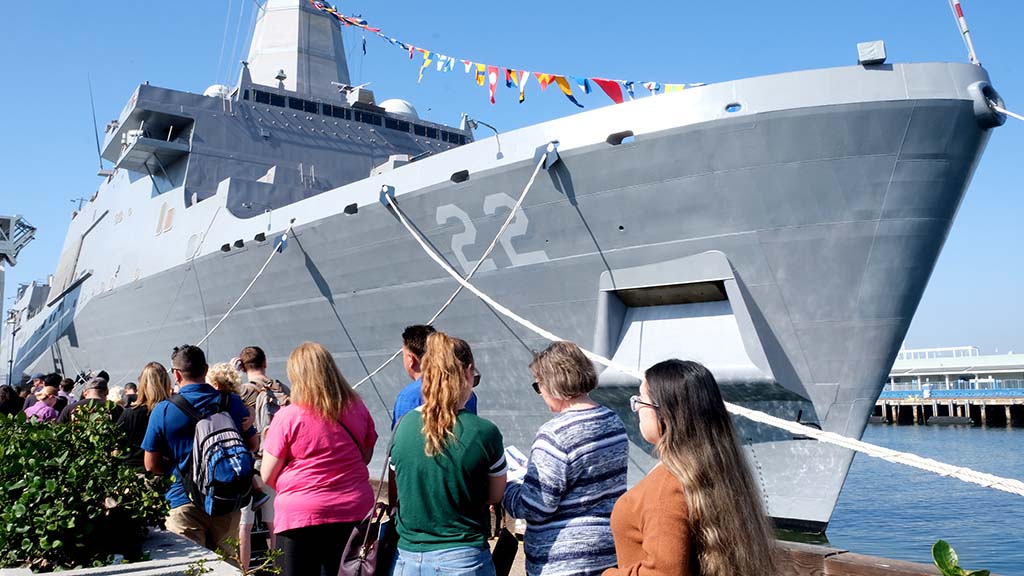 San Diego Fleet Week opens Thursday and will include a series of events for the public, from ship and technology tours to music and cooking competitions, all focused on the US military.

The USS Montgomery (LCS 8), along with Marine Corps equipment from MCAS Miramar and Camp Pendleton, can be seen at downtown Broadway Pier, along with the US Coast Guard Cutter USCG Forrest Rednour (WPC 1129) .

San Diego businesses and Navy and Marine Corps commands will have exhibits in Sony’s “Innovation Zone” inside the Harbor Pavilion at Broadway Pier.

STEM Student Days, sponsored by the Judith Campbell Education and Community Foundation, began Thursday, giving approximately 3,000 students the opportunity to tour ships and visit exhibits to see the latest technologies used by the military and developed by the San Diego industries.

Free tours to view the ships and marine equipment will be open to the public from 1 to 4 p.m. Friday, continuing from 10 a.m. to 4 p.m. Saturday and Sunday.

“We are truly thrilled with the response we have received from the San Diego business community and the Army for this year’s Innovation Zone,” said Bill Baugh, retired Army Colonel and chairman of the board of the San Diego Fleet Week Foundation.

Other events that are part of Fleet Week include:

The week ends with two major public events, on November 11 and 12.

The two hours of events include the Coast Guard parade and demonstrations, vintage aircraft flyovers and parachute demonstrations.