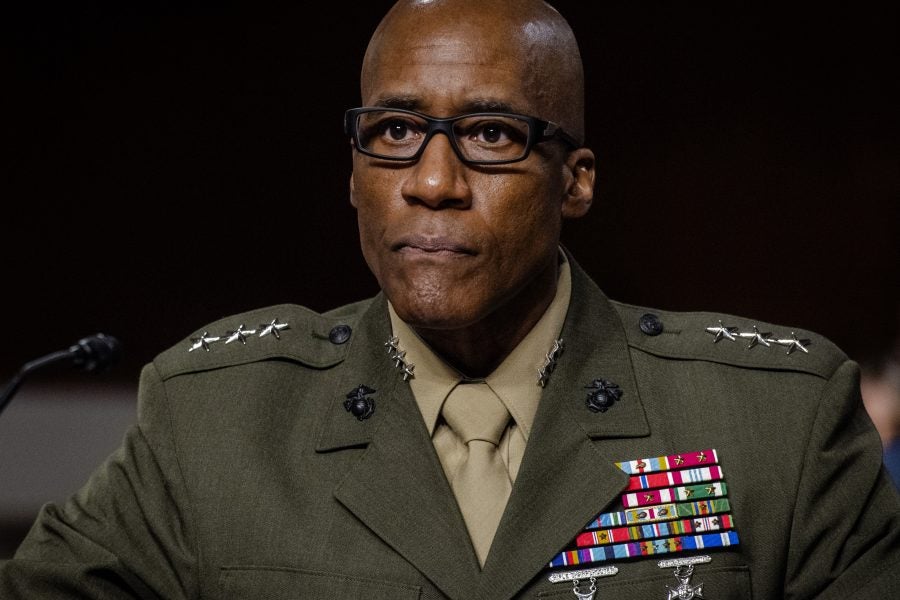 Lt. Gen. Michael Langley is set to become the first black general to achieve one of the highest ranks in the US military.

The Senate Armed Services Committee held a confirmation hearing Thursday for Langley, who served in the United States Marine Corps for more than 35 years. Langley was named commander of US Africa Command, which oversees the country’s military presence in Africa. If confirmed by the Senate, he will be the first black four-star general in the Marines’ 246-year history.

“It is a great honor to be the President’s nominee to lead AFRICOM of the United States,” Langley said during Thursday’s confirmation hearing. “I am grateful for the trust he has placed in me. I am excited to engage across government to faithfully carry out the policies and orders of the President and Secretary of Defense.

A native of Shreveport, La., and the son of a U.S. Air Force veteran, Langley has served in the Marine Corps since 1985, commanding at all levels of the branch on multiple continents, according to NPR. He graduated from the University of Texas at Arlington and holds several advanced degrees, including a Masters in National Security Strategic Studies from the US Naval War College, as well as a Masters in Strategic Studies from the US Army War College. .

Last year, Langley was one of six black generals in the Marine Corps, stars and stripes reported. According to a study by the Council on Foreign Relations, top military leaders are more than 80% white. Additionally, a CNN review of data from the Pentagon and the Department of Veterans Affairs “reveals the stark reality that black service members are less likely to become officers and, therefore, are more likely to be seriously injured in the service of their country. than their white colleagues.”

Langley is currently the commander of US Marine Corps Forces Command. He recently served as commander of U.S. Marine Corps forces in Europe and Africa, after his predecessor, Major General Stephen Neary, was removed from his post “amid allegations of use of racial slurs for African Americans in front of troops”.

Despite the longstanding issue of diversity and racial disparities in the military, Langley said adversity for him was “scarce and far between”.
“Ninety-nine percent of my experiences in the ranks have been positive and can be characterized as opportunities to excel, to succeed,” Langley said. stars and stripes in a profile last year. “As for adversity, it came at times. They have always taught me from experience.