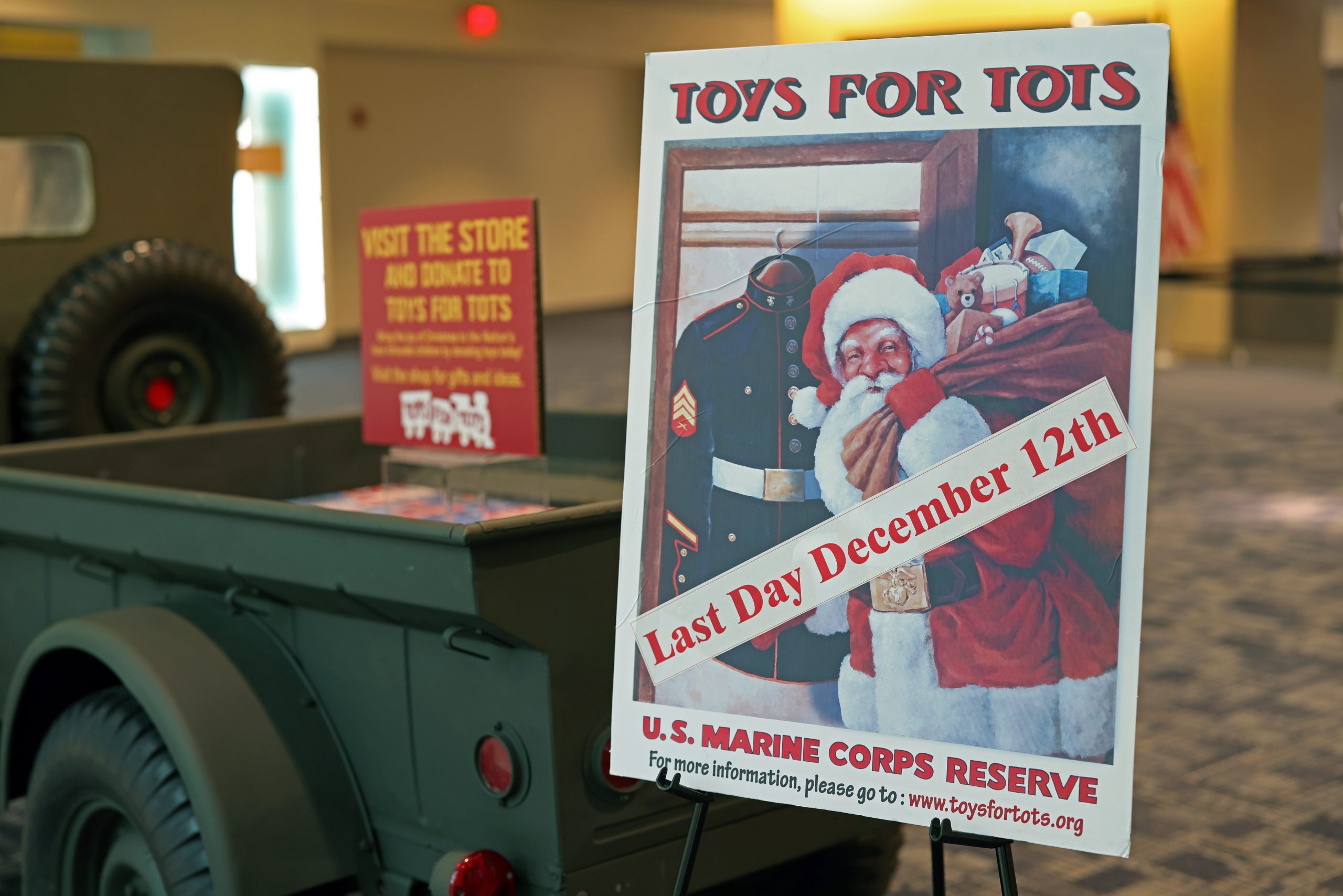 DECEMBER 15, 2021 – Each year, thousands of Marines, their families and local communities work together to spread holiday cheer to children in need through the Marine Corps Reserve’s Toys for Tots program. The organization was founded in 1947 when Marine Corps Reserve Major (Shift) Bill Hendricks was invited by his wife to deliver handcrafted dolls she made to an agency helping children in need.

Unable to find any organization, they decided to create one. In the first year, they donated 5,000 toys to children in need across Los Angeles, California, home to Maj Hendricks’ Marine Corps Reserve Unit.

The following year, 1948, the 19th Commandant of the Marine Corps, Gen. Clifton B. Gates, called on all Marine Reserve sites to implement a Toys for Tots campaign, turning the local initiative into a national communication action program. At the time, Maj Hendricks was working as the director of public relations at Warner Brothers, where he befriended Walt Disney.

Mr. Disney designed the first Toys for Tots poster which featured a three-car model train that was adopted as the Toys for Tots logo. Since then, each year the posters have become a recognized part of the program.

For more than 70 years, every Marine Corps Reserve unit has led an annual Toys for Tots donation campaign for their local communities, although any person or business can organize a donation campaign.

Since its inception, the foundation has distributed 604 million toys to 272 million children in need. Of these contributions, the Marine Corps and its surrounding communities distributed 572,259 toys and supported 352,858 children.

Some of the installation campaigns in the regions are Marine Corps Base (MCB) Camp Blaz, Marine Corps Air Station Cherry Point, MCB Hawaii, and MCB Quantico.

The Toys for Tots program has left a lasting legacy for the nation and garnered the support of many professional sports teams, businesses and celebrities, including First Lady Nancy Reagan, who was the national spokesperson for Toys for Tots in 1983.

Today Toys for Tots is governed by a Board of Directors, all of whom are veteran Marines and business owners across the country. The foundation was founded in 1991 as a non-profit organization and is headquartered outside the main gate of MCB Quantico in Triangle, Virginia. To learn more about your local Toys for Tots program, visit www.ToysforToys.org.