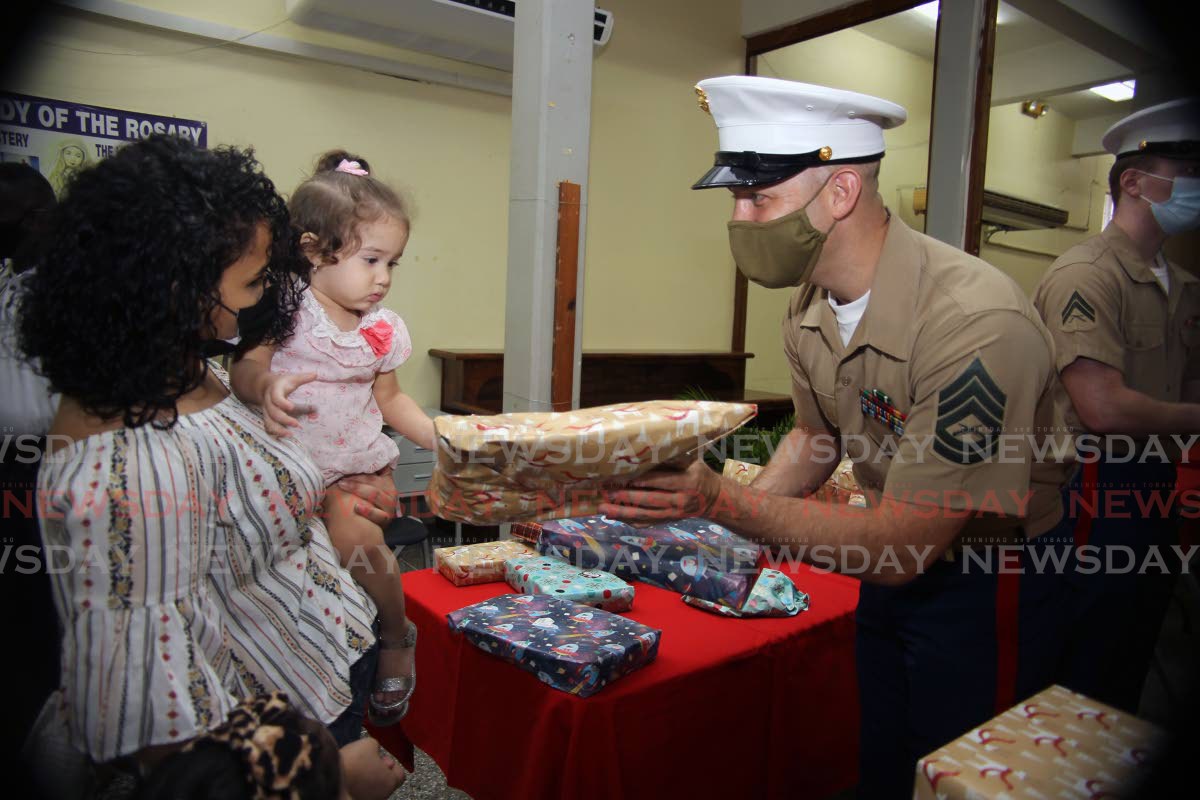 The initiative was a collaboration between the Embassy and La Romaine Migrant Support Group (LARMS), a branch of St. Benedict Catholic Church in La Romaine, aimed at helping the migrant community in San Fernando and surrounding areas. .

Embassy policy officer John A Miller said he and Gunnery Sergeant Christopher Claspille of the United States Marine Corps came up with the idea of ​​sharing Christmas cheer.

He praised Calspille for doing “most of the work” in organizing the event which was held within the church grounds in Alice Street, La Romaine.

In the United States, Miller said that many NGOs organize similar events and that the Marine Corps decided to organize a similar one for disadvantaged migrants.

“The Marines decided to get involved just in time for the holidays. We are grateful to have the Marines here, and they are an integral part of the Embassy,” Miller said.

“They provide security for the embassy. Today we can share a bit of the Christmas spirit with the migrants.”

Miller said that apart from the Christmas campaign, the embassy was working with LARMS to support migrant initiatives, including health initiatives.

Claspille expressed her joy at being able to put smiles on the faces of less fortunate migrants.

“We couldn’t be more proud of the outpouring of generosity from the people who donated.”

Bishop Christian Pereira of St Benedict’s RC Church referred to LARMS, which caters specifically to migrants, as one of three branches of the parish’s vulnerable people care ministries.

The other two are the St Vincent De Paul Society and Kindness Makes a Difference (KMAD).

He praised the efforts of LARMS manager Angie Rampersad, the Embassy and all those who have supported initiatives to bring happiness to others.

“It is a difficult time for people, especially during this pandemic. But, the joy of Christmas will not be lost. We (parish) will do everything we can to create, maintain and maintain this joy that would take us into a new year,” Pereira said.

LARMS manager Angie Rampersad said the embassy has been monitoring its work since its inception in 2019.

“The US Embassy has always helped in different ways. In 2019, we were concerned about the education of migrant children. Bishop Pereira opened up this space for us to teach children there,” Rampersad said.

“Before that, we were teaching around 80 children. LARMS now caters to over 400 students. A hundred of the most vulnerable would receive gifts. That doesn’t mean the others would be left out.”