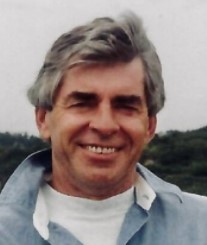 Armand P. Jolin, 81, of Rehoboth, passed away peacefully at home surrounded by his family on Tuesday, January 11, 2022.

He was the beloved husband of the late Marilyn Quinn Jolin, with whom he loved to travel and eat at the best local places. Born in Pawtucket, he was the son of the late Paul and Yvonne (Camire) Jolin.

Armand was a United States Marine Corps veteran and pursued a career as a finish carpenter. He had his own carpentry business, building many fine homes in the area, before concentrating on commercial work with H. Carr & Sons. When he retired, he could be found working in his store and was heavily recruited by his children for projects around their homes and for some sage advice. “Gramps” was also very supportive of his grandchildren’s pursuits and was a fixture at major sporting events and celebrations of life. He loved being by the sea and took every opportunity to visit the Galilee and the beaches of Narragansett.

Armand leaves behind two sons, Michael P. Jolin and his wife, Maureen, of Sharon, MA, and David W. Jolin and his wife, Suzanne, of Rehoboth, MA; one daughter, Christine E. Kovner, and her husband, David, of Canton, MA; six grandchildren, Madison, Devin, Ainsley and Reagan Jolin, Ryan and Ashley Kovner; a niece, Shirley Gelinas, and a nephew, Richard Gelinas. He was the brother of the late Helen (Alfred) Gélinas.

Interment with military honors at Rhode Island Veterans Memorial Cemetery in Exeter, RI will be private.

In lieu of flowers, memorial donations to the Amedisys Foundation, 1 Catamore Blvd., East Providence, RI 02914, to make palliative care accessible to all would be appreciated.