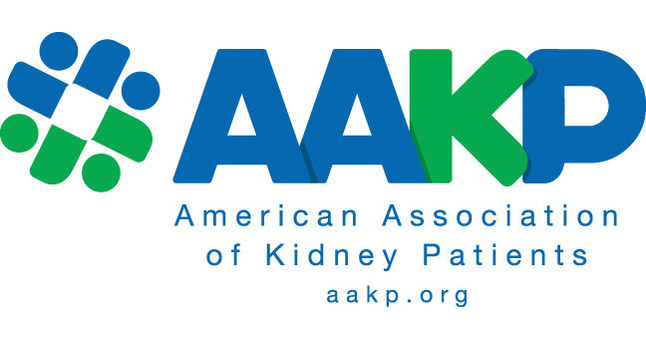 WASHINGTON, November 11, 2022 /PRNewswire/ — The American Association of Kidney Patients (AAKP), the nation’s largest independent kidney patient organization, has announced the election results for its 2022-2024 Board of Directors. The AAKP is driving greater national and global choice of care for patients, access to new therapies to delay the progression of kidney disease and stop kidney failure, efforts to increase dialysis home and kidney transplantation, and the rapid development of safe, artificial implantable and wearable organs.

The announcement comes several days before the 5th of the AAKPe National Policy Summit, an event that engages the patient community and its allies on important policy issues that could impact patients as well as innovations that are under consideration in Congress, the White House and among regulators and federal and private sector payers.

The newly elected leaders of the AAKP are:

Under the AAKP statutes, the former AAKP president Richard Knight (read bio) will assume the position of Past President’s Officer. The current outgoing president, Paul T. Conway (bio link), will remain on the AAKP Board of Directors as an elected director, and will continue to serve the AAKP as President of Policy and Global Affairs.

Richard Knightthe outgoing AAKP President said, “It has been an honor to serve as President of this great organization for the past four years and I look forward to supporting Edward Hickey and Jennifer Jones in their new roles. Leadership matters, and with Ed and Jennifer, AAKP is assured of continued strong and diverse leadership. AAKP’s patient and family advocates, along with our Board of Directors, have had a tremendous impact on policy and innovation over the past decade and I know our effectiveness throughout this Decade Kidney™ will grow significantly under the leadership of our new team.

Newly elected President of the AAKP Edward V. Hickey, IIIUSMC, said, “I am honored by the Board’s decision and look forward to serving my fellow patients as the AAKP continues its efforts to expand patient care choice and timely access to new therapies. and innovation. The AAKP has tested new capabilities to expand our reach and ensure patients have even greater influence in research, policy, and product development. I look forward to the launch of these efforts. by the AAKP. Jennifer Jones and I pledge to ensure that no policy or care decision will be made regarding the national kidney patient community without the direct input of patients. Hickey is an attorney whose public service includes positions on Capitol Hill and two presidential administrations. He continues to chair the AAKP’s Veterans Health Initiative.

Diana ClynesExecutive Director of AAKP, said, “The AAKP leadership team and our Board of Directors are comprised of a diverse group of volunteers who bring their skills, expertise and personal networks to serve our patient support mission in the United States and around the world. It is an honor to serve alongside these men and women and to witness their tireless efforts to apply their own first-hand knowledge of kidney disease to the national and private sector efforts to reduce the burden of disease and save lives. Edward Hickey and Jennifer Jones have served our nation with great distinction, and I am proud that they continue their service to America through the AAKP.” Clynes has served the AAKP as Executive Director for the past four years and is a part of the organization since 2005.

Nearly Thirty AAKP Advocates Recently Recognized for Service to the Kidney Community by the President Joseph R. Biden through the nonpartisan Presidential Volunteer Service Awards (PVSA), six of which have received Presidential Lifetime Achievement Awards. In 2020, more than twenty AAKP patient advocates received PVSA recognitions from the then President Donald J. Trump. In 2022, AAKP volunteers and advocates continued to expand the organization’s national and global impact through a growing Patient Ambassador initiative, expansion of the KidneyVoter™ voter registration campaign non-partisanship of AAKP and the launch of AAKP’s Patient Voice Patient Choice™ initiative to increase patient access to new medicines and devices.

At the federal level, AAKP board members have impacted research and development initiatives in the Departments of Health and Human Services (HHS), Department of Veterans Affairs (VA), and the Department of Defense (DOD) through the Congressional Medical Research Program. (CDMRP) and other DOD activities. Additionally, AAKP has been actively involved in patient engagement initiatives and patient data development alongside the U.S. Food and Drug Administration (FDA), Centers for Medicare and Medicaid Services ( CMS), the Centers for Disease Control and Prevention (CDC), the Health Resources and Services Administration (HRSA), and several other federal agencies. To become a FREE AAKP member, visit www.aakp.org/join and follow us on Facebook @kidneypatient and Twitter @kidneypatients.

About the American Association of Kidney Patients (AAKP): Since 1969, the AAKP has been the premier patient-led organization leading policy discussions about kidney patient care choice and therapeutic innovation. Over the past decade, AAKP patients have helped secure lifetime transplant drug coverage for kidney transplant recipients (2020); new patient-centric policies via the White House Executive Order on Advancing American Kidney Health (2019); new job protections for living organ donors from the US Department of Labor (2018); and Congressional legislation authorizing HIV-positive organ transplants for HIV-positive patients (2013). Follow AAKP on social media at @kidneypatient on Facebook, @kidneypatients on Twitter and @kidneypatients on Instagram, and visit www.aakp.org for more information.