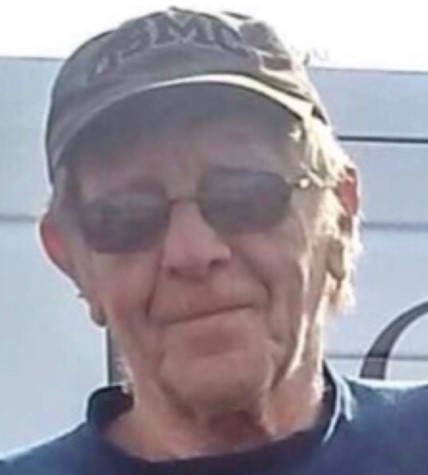 Frederic E. “Derf” Ricker, Jr., 75, of Coventry, died on Sunday December 19, 2021 at Kent Hospital in Warwick. He was the dear husband for 20 years of Donna Chase-Ricker of Coventry.

A proud and patriotic man, with a desire to serve the country he loved, Derf was a United States Marine Corps veteran, serving in the Vietnam War. After graduating from training camp, Derf continued his education by attending Marine Corps Engineering School at Camp Lejeune in North Carolina.

After becoming a certified combat engineer, he was deployed overseas to Vietnam. His first assignment was the Landmine Warfare School in Danang, Vietnam. After completing his training in landmine warfare, Derf was sent to the front lines of the Vietnam War. Nine months after his deployment, Derf stepped on a hidden landmine that left him severely injured in the heel of his foot, and completed his service in Vietnam.

Derf served from September 19, 1966 until his honorable release on July 1, 1968, reaching the rank of corporal. At the end of his respected time in the Marine Corps, Derf was awarded the National Defense Service Medal; Vietnamese service medal with a star and a device; Quote from presidential unity; and the Purple Heart medal.

After his stint in the Marine Corps, Derf returned home and began working for the USPS in Brockton, MA. He was a mail manager at the Brockton facility for many years, where he was known for his good work ethic and willingness to help others, expecting nothing in return.

In his spare time, Derf enjoyed working in his carpentry shop and impressing others with his ability to build almost any project. He loved his saltwater aquarium which he maintained perfectly so that his marine animals had a comforting environment. He was a strong supporter of the USMC and the United States Armed Forces. Above all, Derf was happier when he was in the presence of his family and his two dogs Papaluci and Bear Dog.

In addition to his wife of 20 years, Derf is survived by his children: Kimberly A. May and her husband Robert of West Bridgewater, MA, Michael P. Ricker of Raynham, MA, Jennifer Cotrone and her significant other Terry of Coventry, and Timothy Cotrone and his fiancee Tanya of Coventry; her 3 grandchildren: Jordan, Tyler and Madyson May, all of West Bridgewater; her step-grandson Jonathan Kohler of Coventry; his brother: David S. Ricker of York, ME; as well as many nieces nephews and extended family members.

Interment with U.S. Military Honors will be held on Wednesday, December 29, 2021 at 1:00 p.m. at the Rhode Island Veterans Memorial Cemetery, 301 S. County Trail, Exeter, RI. Please arrive at the cemetery before 12:45 p.m. where a procession to the commission shelter will be formed.

To send flowers to the family or to plant a tree in memory of Frederic E. “Derf” Ricker, Jr., please visit the flower shop.