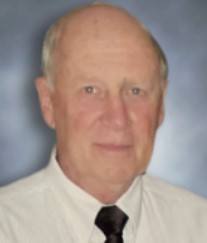 James T. LeBlanc, 83, of Wood River Junction, died Jan. 6, 2022 in South County Hospital. He was the loving husband of Eileen LeBlanc. Born in Providence, he was the son of the late Joseph A. LeBlanc and the late Alice M. (Cooney) LeBlanc.

Mr. LeBlanc proudly served in the United States Marine Corps from 1958 to 1962. He served directly under Presidents Eisenhower and Kennedy at the 8th & I Barracks in Washington, DC, the oldest active post in the Marine Corps. He worked as a shipping supervisor at AMTROL for many years and also worked for US Rubber.

Active in his community, Mr. LeBlanc was a 34 year member of the Coventry-West Greenwich Lions Club, a 35 year member of Ionic Lodge & 28 F. & AM, 32nd degree master mason with the Rhode Island Scottish Rite Valley of Providence , and member of the Order of the Star of the East, Adah chapter. He was very active with his sons as an assistant scout with Troop 35 West Greenwich, was a scout leader in the Coventry, US / UK exchange programs, and was also an assistant baseball coach. Although a lifelong Burrillville Bronco fan, he was a fan of Warwick Schools during his son’s long tenure as a basketball coach. Finally music lover of symphonic and jazz groups NKHS / EWG.

He is Communicator of St. Paul’s Episcopal Church, Wickford, and formerly of St. Matthias Church in Coventry.

Interment with military honors will follow at the RI Veterans Memorial Cemetery in Exeter.

Parents and friends are invited and can call Wednesdays from 4 p.m. to 7 p.m. at Cranston-Murphy Funeral Home in Wickford, 140 West Main Street, Wickford Village, North Kingstown.

In lieu of flowers, gifts in his memory at St. Paul’s Episcopal Church, 55 Main Street, Wickford, RI 02852 will be appreciated.