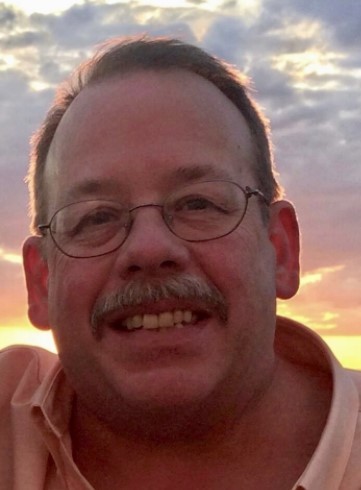 It is with deep sadness that the family of John E. Cooke (Johnny) announce their sudden transition to eternal life on December 21, 2021 at the age of 61.

Johnny was a 1978 graduate of East Providence High School. He was a proud veteran of the United States Marine Corps where he proudly served from 1978 to 1981 where he received several honors. He has been employed by Roger Williams University since 2004 as a Maintenance Specialist in the Facilities Department.

Johnny is survived by his beloved wife Kathleen (Katy) Clancy Cooke, to whom he was married for 33 adventurous years, and their beloved children Victoria Lynn Pennacchia and her husband Paul of East Providence and Courtney Rose Cooke of Providence. He was also the loving grandfather to three granddaughters, Noelle, Madeline and Amelia Pennacchia. He will be sadly missed by Buddy and Holly, his devoted cockapoos. Johnny is also survived by his beloved niece, Julie Dutra of East Providence, and her two sons. In addition, he leaves his loving “Clancy inlaw” clan of 12 siblings, 15 nieces and nephews and 14 grandnieces and nephews. He was also the brother of the late Cathy Cooke.

Johnny’s passion was to cook and grill for his family friends. He never met a recipe he didn’t like and he liked to experiment with food. His specialty, “Johnny’s Calzones”, was a staple at all family gatherings, where they were always eagerly awaited and appreciated. He also loved to organize special pizza parties for his daughters and their friends. He loved everything rock and roll and one of his biggest regrets was when WBRU left the airwaves.

Beneath it all, Johnny was a kind and gentle soul. He will be remembered as a husband, father, grandfather, son, brother, uncle and friend fiercely loyal to all he cherished. He was happy to have received the gift of life and he enjoyed the ride so much. In memory of Johnny, pour yourself a shot of Yukon Jack and toast in memory of a special guy, a true free spirit.

Interment with military honors will follow at Gate of Heaven Cemetery.

In lieu of flowers, contributions in memory of Johnny to the Rhode Island Community Food Bank, 200 Niantic Avenue Providence, RI 02907 would be greatly appreciated.