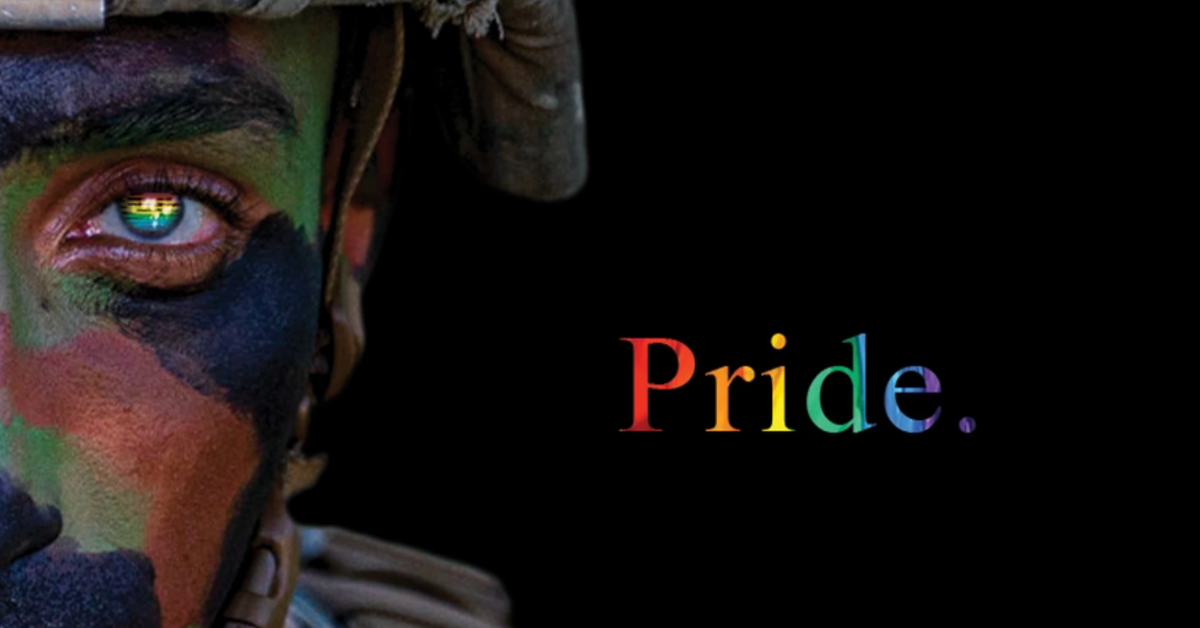 Each June, companies and allies around the world take to social media to express their support for members of the LGBTQ+ community. Often this support is shown by the display of rainbow colors, which have come to represent Pride month. This year, the US Marine Corps shared its own image, posting a render of a helmet with a row of multicolored 5.56mm NATO rounds strapped to it – and people have mixed feelings.

Throughout the month of June, the USMC takes #Pride to recognize and honor the contributions of our LGBTQ service members. We remain committed to fostering an environment free of discrimination and uphold the values ​​of equal treatment, with dignity and respect.#PrideMonth #USMC pic.twitter.com/MOyvFmyJiB

The message shared on Instagram and Twitter reads: “During the month of June, the Marine Corps is taking #Pride by recognizing and honoring the contributions of our LGBTQ service members. We remain committed to fostering an environment free of discrimination and uphold the values ​​of equal treatment of all with dignity and respect.

Pride Month honors the 1969 Stonewall Uprising in Manhattan, New York. The riots began on June 28, 1969, when police raided the Stonewall Inn, a Greenwich Village club frequented by members of the gay community. The raid sparked a riot, leading to violent clashes and protests.

For many, the six-day uprising is seen as a turning point for LGBTQ+ rights.

The Marine Corps post sparked widespread backlash on social media, with people sharing longstanding frustration that businesses and other public entities only show their support for the community during Pride Month, with some going as far as to say that the service does not support its existing LGBTQ+ members.

“LGBTQ+ people do NOT want to be used as enduring tools in institutions that wish them gone,” one wrote. twitter user.

Many also pointed to discriminatory US military policies that for years forced gay service members to remain silent about their sexuality. In 1982, the military entered the “Don’t Ask, Don’t Tell” era, with the Department of Defense declaring that “homosexuality is incompatible with military service”.

Between 1980 and 1990, an average of 1,500 military service members were released each year because of their sexual orientation.

In 1993, President Bill Clinton signed into law the “Don’t Ask, Don’t Tell” policy, which barred openly gay and lesbian people from serving in the military and prohibited harassment of closed military personnel. This remained active until 2011, when it was repealed by the administration of President Barack Obama.

However, President Donald Trump reversed that decision, announcing two years later that “the United States government will not accept or permit…transgender people to serve in any capacity in the United States military.” He based this on what he called “the huge medical costs and disruptions that [being] transgender in the military would imply.

Trump spoke more about this in 2018, saying, “Transgender people with a history or diagnosis of gender dysphoria — people who policies say may require significant medical treatment, including medications and surgery — are disqualified from military service, except in certain limited circumstances.

The ban on members of transgender services was lifted by President Joe Biden upon taking office. Despite the removal of this policy and other policies, members of LGBTQ+ services continue to experience discrimination while in uniform, including threats and acts of violence, prompting many to continue to remain silent about their sexual orientation and gender identity.

Some have defended the Marine Corps and applauded their attempts to increase LGBTQ+ Marine representation. They also called out those against the social media post, asking questions such as: “To those who criticize this, why does an LGBT soldier deserve less of our respect? and do [people] in these comments, forget that much of the military is LGBTQ? »

A Navy Veteran wrote: “I am a Marine who served from 87-91 and am gay. Some knew and didn’t care. There was [a lot] of gay men in the USMC back then and it’s no different now. We serve exactly the same as anyone else with the same pride. I’ve never met a Marine who thought that was a problem.

“Why do the majority of people who fuck are those who have never served? Good leaders understand that representation is important,” twitter user wrote. “The LGBTQ+ community has served in every war and every engagement since the beginning of this country.”

During #Pride Months, we recognize the resilience and determination of the many people who are struggling to live freely and authentically. Learn more about Pride: https://t.co/0B7sZkKnYb pic.twitter.com/OsAas2o3UL

Others have taken a completely different approach to the image, comparing to the promotional poster for Stanley Kubrick’s 1987 film, Full Metal Jacket. It’s an anti-war movie, as the Marine Corps has been involved in many wars and conflicts. It should be noted, however, that the film acknowledges the contradictions between military service and war.

More about us: Marine Harold Schultz helped raise the flag at Iwo Jima – it wasn’t recognized until 2016

The United States Marine Corps isn’t the only military or government entity sharing a message supporting the LGBTQ+ community. The State Department also posted two tweets, one of which featured a video about the history of Pride Month.