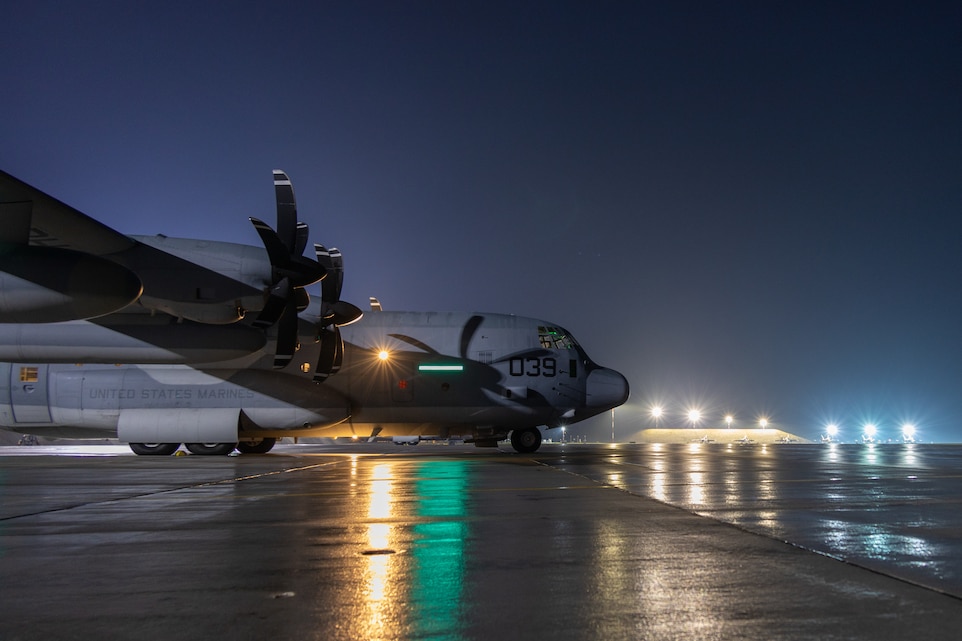 US Marines and KC-130J Super Hercules from Marine Aerial Refueler Transport Squadron 252, 2nd Marine Aircraft Wing, deployed to Łask Air Base, Poland, under the command of US Air Forces Europe and as a key Marine Fighter enabler Attack Squadron 312.

VMFA-312, also a subordinate unit of 2nd MAW, deployed to Łask Air Base to conduct NATO’s Enhanced Air Policing mission. The purpose of the NATO eAP is to demonstrate the collective resolve of the Allies, demonstrate the defensive nature of NATO, and deter aggression or the threat of aggression in the region. F/A-18 Hornets from VMFA-312 are conducting patrols over Polish airspace as part of a joint effort to increase NATO readiness and responsiveness.

VMGR-252’s KC-130J Super Hercules increases the range and endurance of VMFA-312 and allied air power. The KC-130J provides aerial refueling, allowing the F/A-18s to fly longer without having to land to refuel. The KC-130Js are an organic asset to the Marine Corps and a critical component of VMFA-312’s success in the NATO eAP.

In addition to its aerial refueling capabilities, the KC-130J provides air assault transport of troops, equipment and supplies. This capability greatly contributed to the rapid and expeditious redeployment of 2nd MAW units from Norway, where they participated in Exercise Cold Response 2022, to Łask Air Base in Poland and Šiauliai Air Base in Lithuania.

Since the start of Exercise Cold Response 2022, VMGR-252 has transported 623 passengers, approximately 400,000 pounds of cargo, and delivered approximately 1,130,000 pounds of fuel through the air to multiple aircraft types. The squadron flew 460.7 hours and 169 sorties in 71 days. The squadron conducted continuous operations, alternating aerial refueling and logistical support in Greenland, Iceland, Norway, Sweden, Spain, Germany, Lithuania and Poland. VMGR-252 demonstrates the expeditionary nature of the 2nd MAW and its alignment with the commander’s force design initiatives to be capable of sustaining joint and allied operations.

Several elements within 2nd MAW quickly repositioned from the Arctic to Eastern Europe to reinforce the Allied defensive posture and to support the NATO eAP. The deployments have been carried out in coordination with host nations and military authorities, and although temporary in nature, they are prudent steps to increase readiness and strengthen the collective defense of Eastern Europe. The deployment of United States Marine Corps forces demonstrates the readiness and strong commitment of the Marine Corps to NATO Allies and partners. 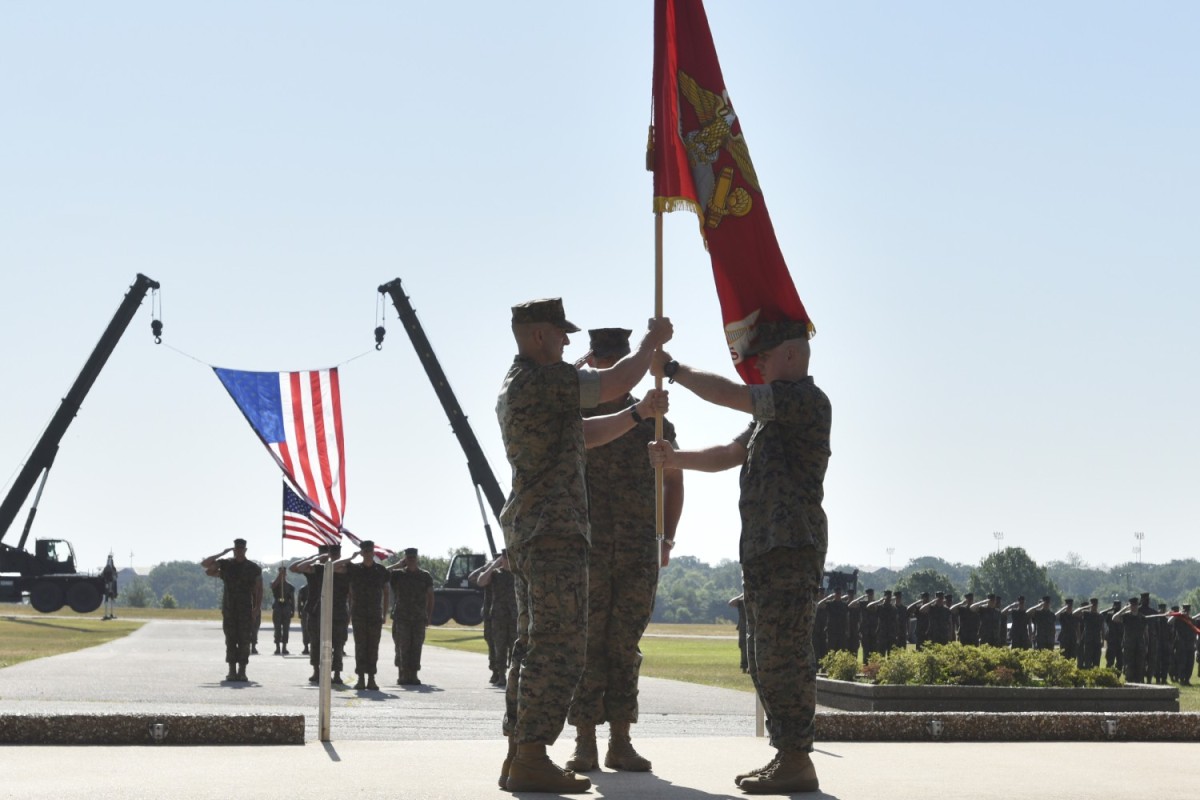