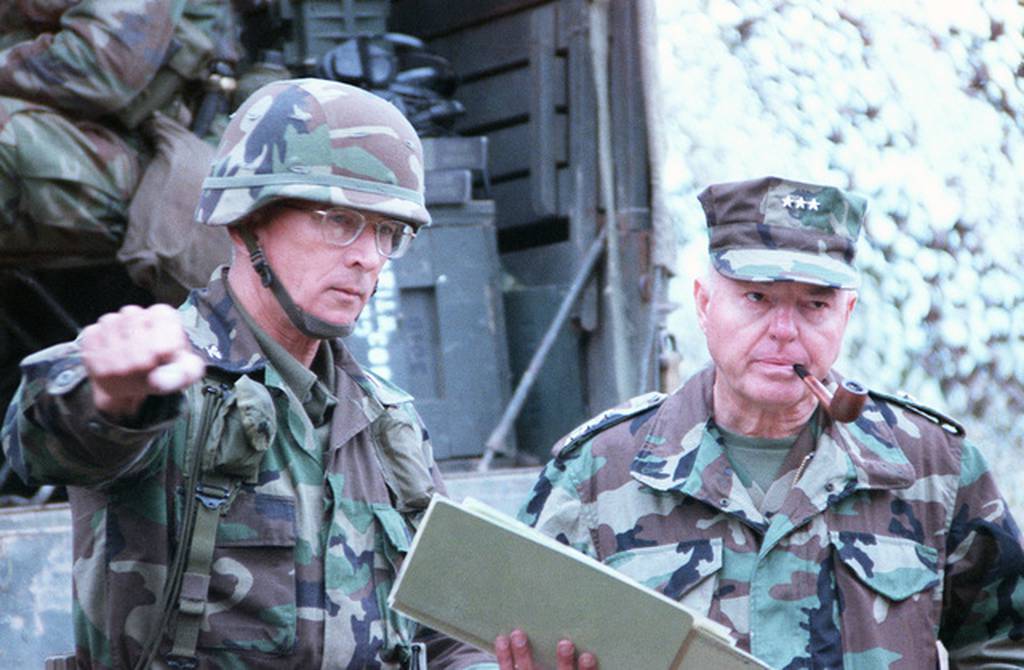 In the early fall of 1956, I signed a contract to become a United States Marine and soon found myself undergoing the rigors of recruit training at Parris Island, South Carolina.

Shortly after earning the right to wear the Eagle, Globe, and Anchor, a gunnery sergeant had given each Marine in our platoon several stickers bearing the words “Force in Readiness.” He went on to explain that phrase meant that when our nation was least ready for war, the Marines would be most ready.

The message was clear: every day we had to make sure we were fully prepared to be the “first to fight”.

Over my next 41 years in uniform, I learned that preparedness wasn’t an empty slogan – it was real. And that preparation paid off as I served alongside my fellow Marines on five separate combat tours.

In 1963, after paying close attention to my NCOs, studying hard, and staying in shape, I had the opportunity to attend Officer Candidate School in Quantico, Virginia. After being commissioned as a second lieutenant, I attended basic school. From the very beginning, the instructors there emphasized the importance of combined arms, that is, ensuring that infantry never fought alone, but always in combination with tanks, artillery, engineers , logistical support, combat helicopters and attack aircraft.

As new Corps officers, we were repeatedly told that the Corps was a combined arms air-to-ground team.

We have been taught to orchestrate these abilities to place our enemies on the horns of a dilemma. For example, when artillery and air pushed the enemy into entrenchments, we could advance to use our direct fire weapons; if they rose to engage us, they would suffer the effects of artillery and air.

Today’s war in Ukraine provides irrefutable proof that this is a lesson the Russian military has failed to learn. This war also proved that soldiers who do not appreciate the importance of logistics before and during a fight quickly find themselves in great difficulty.

Throughout my career, the Marine Corps Air-Ground Combined Arms Team, backed by strong logistical support, has repeatedly demonstrated its vital importance to our national security.

Sixty-six years later, I still consider myself a United States Marine. But I am saddened beyond belief knowing that our Marine Corps will soon no longer be the ready combined arms force our nation has long depended on when its interests have been threatened.

It will be a force stripped of all its tanks and 76% of its cannon artillery, and with 41% fewer Marines in its infantry battalions. To make matters worse, there will be 33% fewer aircraft available to support the riflemen on the ground.

These surrenders were and are being made to provide the assets of three Navy coastal regiments, designed to support naval campaigns of sea denial and control by firing anti-ship missiles.

Thus, the Marine Corps will trade its combined arms flexibility for a highly specialized mission that the US military can already provide in greater numbers than the Marine Corps ever will.

Moreover, for eight years the Corps will be neither the powerful, ready-made forcible entry force that it has been for decades, nor the specialized anti-shipping force of the future – neither fish nor poultry – which will seriously endanger jeopardize national security. It’s a risk not worth taking.

Ultimately, the Corps will have more space experts, cyber warriors, influence specialists, missiles and others with unique skills – many of which are already supplied by other elements of the joint force. But he will only have them because he abandoned the Marines ready to close in and destroy the enemy.

The Corps will become something unrecognizable to those legions of Marines who preceded it. It will no longer be the Corps I have served and loved for so many years, but a mere shadow of what was once a feared fighting force!

Marines, how could we let this happen?

Lt. Gen. Paul K. Van Riper retired from the United States Marine Corps after more than 41 years of commissioned and enlisted service. He remained involved in the national security community as an instructor, advisor and mentor to several organizations.

This article is an editorial and as such the views expressed are those of the author. If you wish to react or if you wish to submit an editorial, please email Andrea Scott, editor of the Marine Corps Times.